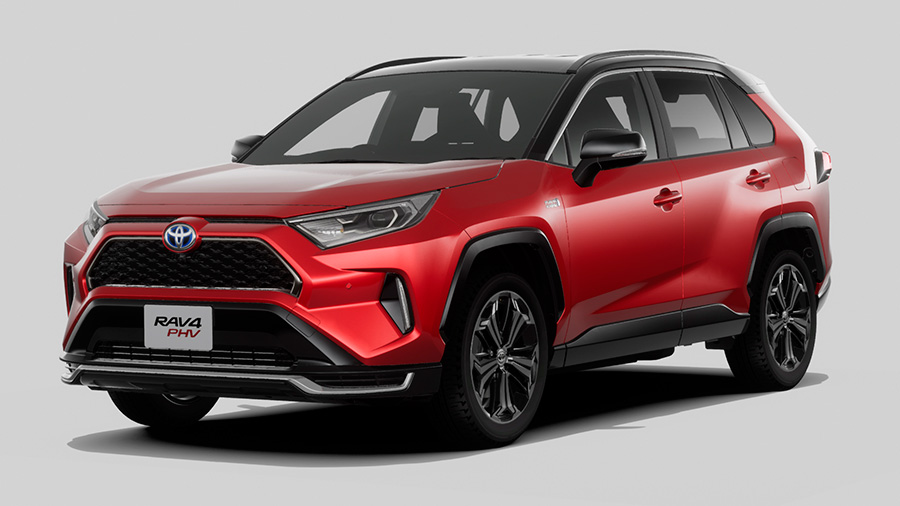 Toyota has just launched the new RAV4 plug-in hybrid electric vehicle (PHEV) through dealerships in Japan, with performance figures that will blow your mind.

Although this particular version is highly unlikely to make it to Malaysia, the regular petrol variant is all set to make its Malaysian debut very soon.

Now, back to the RAV4 PHEV – Adopting the newly developed Toyota Hybrid System (THS II), the SUV is powered by a 2.5-litre Dynamic Force petrol engine that is paired with front and rear electric motors, a high-output lithium-ion battery, as well as an E-Four electric 4WD system which distributes power to all four wheels.

Together, all these things kick out a combined output of 306 PS, which enables the RAV4 PHEV to accelerate from standstill to 100 km/h in an interesting 6.0 seconds. Now, just to put things into perspective, that is just 0.5 seconds slower than the FK8 Honda Civic Type R which does it in 5.5 seconds.

On the eco-friendly side of things, the RAV4 PHEV’s offers an electric driving range of 95 kilometers on a fully charged battery, and a hybrid fuel economy of 22 km/L. Plus, the 55-litre fuel tank and boasts an incredible cruising range of 1,300 kilometers.

Built on the TGNA platform (GA-K), the lithium-ion battery which is installed under the floor in the center of the vehicle, actually brings the vehicle’s centre of gravity lower, translating into superior handling and weight balance.

In Japan, the new RAV4 PHEV comes with a maximum of 1,500 W (AC 100 V) external power supply function as standard equipment that are useful during blackouts and other emergencies, and for outdoor leisure activities.

In addition to an accessory electrical socket in the luggage compartment, it is also equipped with a vehicle power connector which can be plugged into the regular charging inlet at the rear (right) of the vehicle for use as an external power socket.

The RAV4 is also readily able to provide regular power supplies at home or outside as a standard feature. The supplied power cable (both AC 100 and 200 V) can be connected to an electrical socket for recharging.

As far as the cosmetics are concerned, the RAV4 PHEV gets an exclusive Emotional Red II and Attitude Black Mica two-tone body colour combination, as well as 19-inch wheels. Inside, key features include a blacked-out cabin, a 9-inch infotainment system, and a head up display among others.