First Isuzu Elf Smoother Gets Down To Work With Tembikar Gemilang 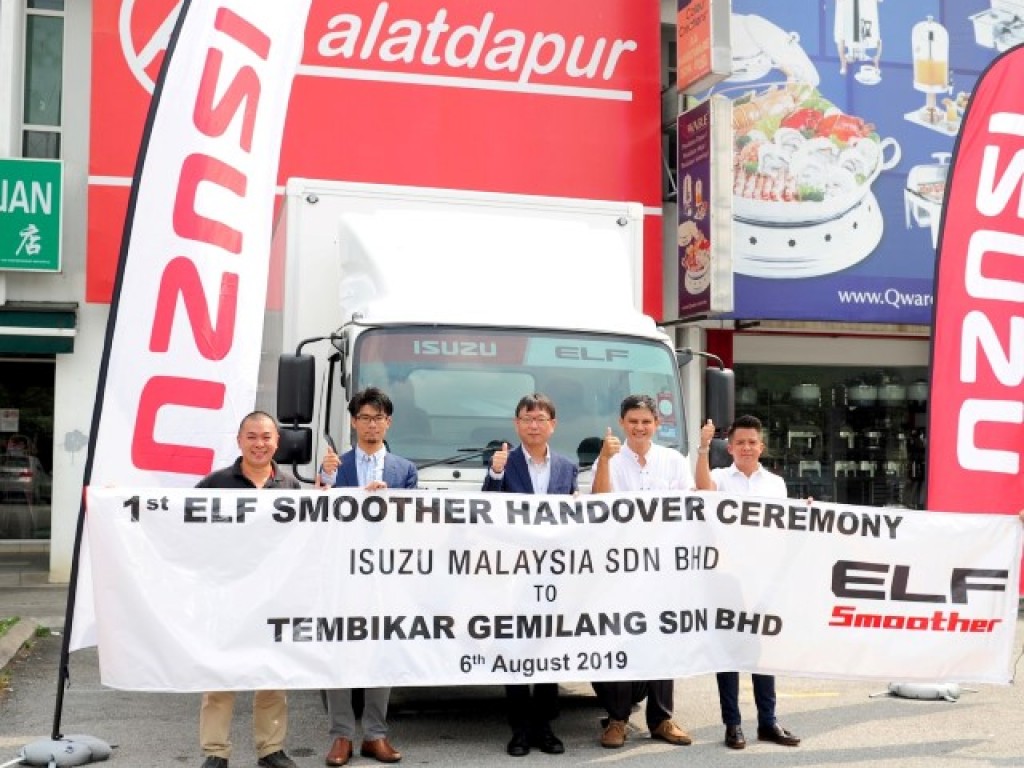 When the top-selling Isuzu Elf series gets fitted with its latest Automated Manual Transmission (AMT), it makes the truck even more appealing with the convenience of driving without manual gear shifting and clutch-less foot pedals for daily operations.

The Isuzu Light Duty Segment has long proven to be the darling of the transport industry, enjoying the distinction as Malaysia’s best-selling truck line for the past nine consecutive years. Its versatile payload configurations, dependable performance and low operating cost make it the ideal choice to support any industry’s transportation needs.

The model recently received the option of factory-fitted AMT to the Isuzu Elf Smoother variants. This system allows the truck to perform like an automatic but benefits from the vigour and response of a manual gearbox. 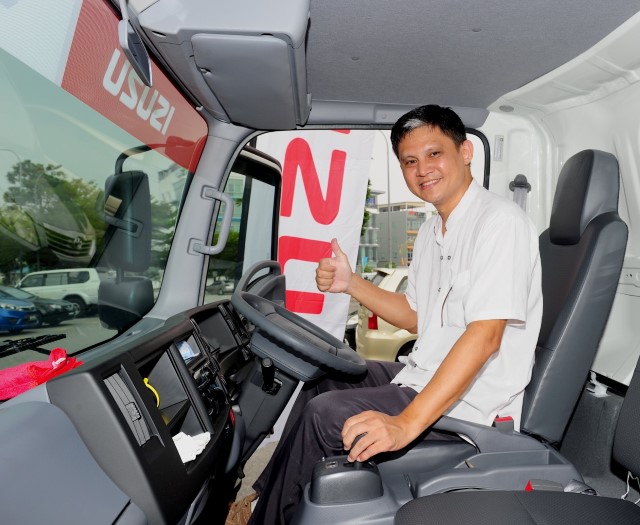 Delivering the first unit of the Isuzu Elf Smoother NPR150 to Tembikar Gemilang was the CEO of Isuzu Malaysia Koji Nakamura who remarked that the response to the Isuzu Elf Smoother model has been very positive since the model launch two months ago. “With the addition of AMT, the appeal of the Isuzu Elf range has increased significantly as it offers the fresh dimension of ease of driving and comfort that a fully manual transmission version will find difficult to beat,” he said.

In response, Mr Foo Sek Wee agreed that the introduction of the Isuzu Elf Smoother variant was the deal clincher when he decided to purchase his company’s first truck. “Our company had been using multiple vans for deliveries in the past. As our business expanded to cover more regions, it was getting costly to run as it did not have the load capacity. I decided that we needed to improve our logistical capabilities and starting looking at buying a new truck,” said Mr Foo who does much of the driving himself on visits to customers and suppliers. 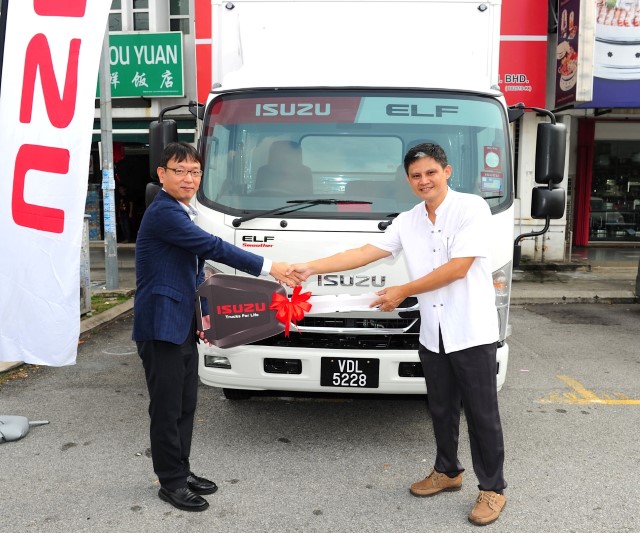 “On one of my visits to a customer just before a long holiday, I was in the van for close to 24 hours due to the heavy traffic. It was such a torture and I told myself never again would I drive a vehicle with manual transmission.

“After doing some online research, I narrowed my choice to an Isuzu because it had a good reputation for reliable performance. Just then, Isuzu introduced the AMT so I contacted a dealer for a test drive.

“I was surprised at how quiet and comfortable the truck felt. I was able to have normal conversations and even listen to the radio. The Isuzu Elf Smoother shifts were smooth and very precise and there was ample power. I did not have to think twice and immediately booked the truck,” added Mr Foo.

The Isuzu Elf Smoother is available in a few model variants and body configurations. Isuzu’s nationwide network of authorized truck dealers is ever ready to offer professional advice and recommendations on the ideal truck to suit each business operation requirements.