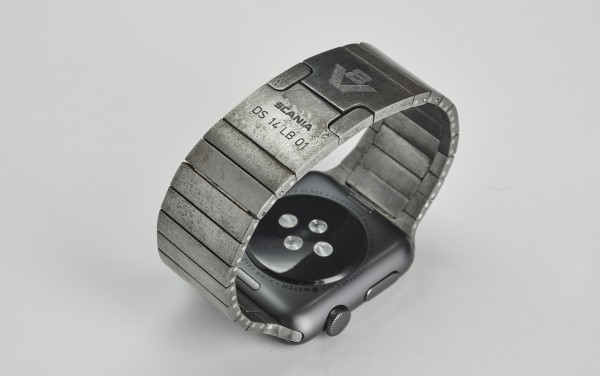 Scania has launched a series of new smartwatch apps that focus on the well-being of professional drivers.

The Apple Watch Scania Edition introduces apps for health and fitness tracking for the individual driver, providing features specifically designed for jobs where long periods of sitting are combined with short bursts of heavy physical labour, like loading/unloading a truck.

“We’ve always had drivers’ needs as the main focal point for our product and service development, but the Scania Edition takes things a step further. We believe the new watch can be a friend to the driver, something that can help them as they go about their daily routine,” says Jonas Svanholm, Scania’s Director of Digital Business.

Although vehicle-integrated apps are becoming increasingly common in the industry, the Scania Edition smartwatch stands out because its apps measure driver activity, and provide driver alerts, with advice on required recovery time, and:

• The watch’s ability to track the driver’s performance allows it to send a message to the wearer when they are becoming tired and may need to stand up or move around – giving the wearer the chance of a recovery time before they start driving again.

• A fall detection app means the watch can sense sudden extreme impacts, such as if an accident happens during the loading and unloading of cargo, a job that a truck driver often has to do alone and late at night. When a possible fall has been detected, the smartwatch can assist in contacting the wearer’s designated emergency contact.

Scania has also created a unique optional accessory to mark the launch of the Apple Watch Scania Edition. A vintage engine block from the renowned LB 140 V8 engine has been melted down, re-forged and turned into a cast iron watch strap, called the Scania 140 V8 watch bracelet.

“We wanted to create something to celebrate the V8. Back in 1969 this engine helped coin the phrase “King of the Road”, and the V8 is at the heart of Scania. With this bracelet, we can let you wear a piece of motoring history on your wrist and connect part of our heritage to our future,” explains Magnus Andersson, Scania’s Product Manager for Digital Business.

The Apple Watch Scania Edition and the Scania 140 V8 watch bracelet are available now to buy from selected Scania retailers, and through the Scania web shop. The applications for the watch can be downloaded from App Store.