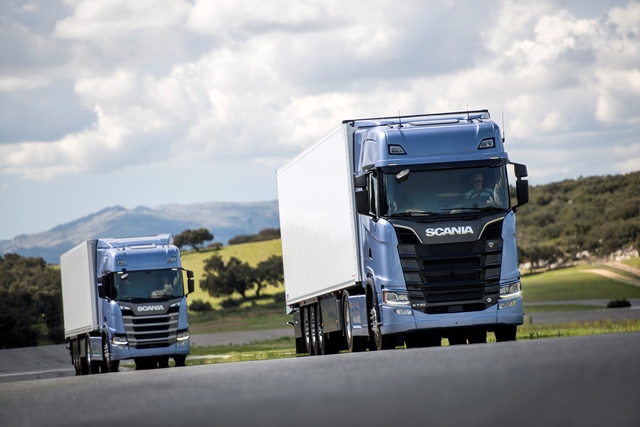 Following several years of partnership Scania and Nobel Media now deepen and extend this relationship. Within a select group of Nobel International Partners Scania will collaborate with Nobel Media over several years to bring light to important global issues, like the future of scientific education and sustainability.

“The core of Scania´s new partnership with Nobel Media is our strong commitment to research and development, innovation and the power of ideas. Both partners want to address global challenges and share the interest of creating a sustainable future,” says Erik Ljungberg, Senior Vice President Corporate Relations at Scania.

Scania has a strong focus on research and development and is at the forefront in developing efficient and smart transport solutions and innovations. More than 3,500 researchers are working in the very forefront when it comes to future key areas as alternative fuels, connectivity, automation and electrification. The aim is to maintain and continue to develop a broad competence, ensuring that Scania retains its leading position within the automotive industry.

Nobel Media, one of the entities within the Nobel Sphere, extends the reach of the Nobel Prize to millions of people around the world through inspirational events, digital media and special exhibitions and activities related to the legacy of Alfred Nobel and the achievements of the Nobel Laureates.

“In all we do, such as digital outreach and meetings around the world, we aim to inspire people to be life-long learners and to engage in science, research, education, peace and literature in line with Alfred Nobel’s vision and legacy. In Scania, we have a partner who shares our efforts to open doors for current and future generations to learn, think and discover,” says Mattias Fyrenius, Chief Executive Officer of Nobel Media.

“As an International Partner to Nobel Media Scania will get access to conferences, lectures, round-table discussions, exhibitions and a variety of other arenas on the international scene where we can be inspired and build networks. We get new opportunities to meet and interact with international researchers and scientists on big issues that impact people’s lives around the world. I´m confident this will stimulate innovation and creativity within our own organisation,” Erik Ljungberg concludes.