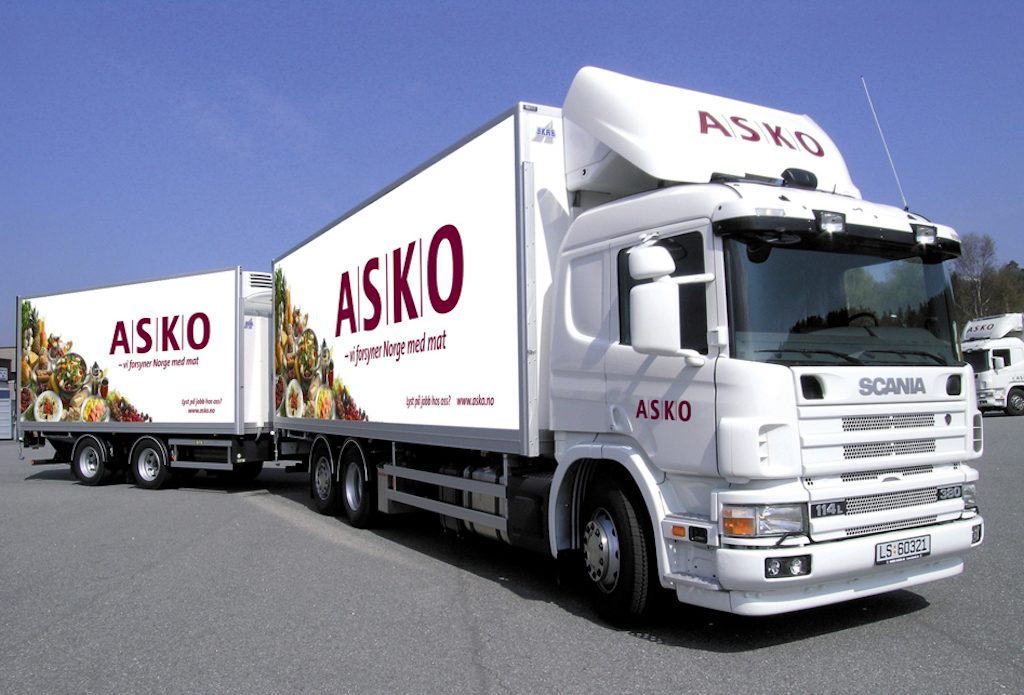 Asko, Norway’s largest convenience goods wholesaler, is continuing its investment in sustainable transport services. Together with Scania, the company will start testing trucks with an electric powertrain. Electrical energy is converted from hydrogen gas in fuel cells on board the vehicles. The hydrogen gas will be produced locally, using solar cells. The trucks will run in distribution service with distances of almost 500 km.

“This very interesting project represents a unique opportunity to test the fuel cell technology for conversion of energy to our electric powertrains in a challenging customer operating environment. The conversion of hydrogen gas to electrical energy on board trucks, which are operated for longer distances will thus provide value experience for Scania’s continued development of electrified powertrains,” says Nils-Gunnar Vågstedt, who is responsible for the development of Scania’s hybridization and electrified vehicles.

Asko is Norway’s largest wholesaler and supplies convenience goods to NorgeGruppen’s chain stores but it is also an important supplier to institutional households and service trading companies. Asko consists of 13 different regional companies and with a fleet of 600 trucks is one of Norway’s largest haulage companies.

Asko has the ambition to achieve a climate-neutral business, where distribution of goods will take place using trucks, which run on renewable fuels and in the longer term completely on electricity. Experience from pilot testing of vehicles and the plant, which will be built for local hydrogen gas production, will form the basis for Asko’s decision on a continued investment in hydrogen gas propulsion. The research project is partly financed by the Norwegian government.

Scania will supply three-axle distribution trucks with a gross weight of 27 tonnes, where the internal combustion engine in the powertrain will be replaced by an electric engine powered by electricity from fuel cells and hydrogen gas on board the vehicle. The rest of the powertrain is composed of the same standard components used in the hybrid trucks and buses that Scania already delivers. Three trucks will form part of the research project, with an option for one further vehicle.

Various internal combustion engines are part of Scania’s modular component range, which in hybrid drive are combined with powerful electrical propulsion. With sufficient electrical energy in batteries, the vehicle is fully electrically-powered for short periods.

Scania is participating in the Swedish research project concerning electric roads, where the power is transferred via overhead lines and wires or wirelessly via the roadway or from special charging stations. The aim is to remove limitations in battery capacity and thereby achieve longer distances in electrical propulsion.