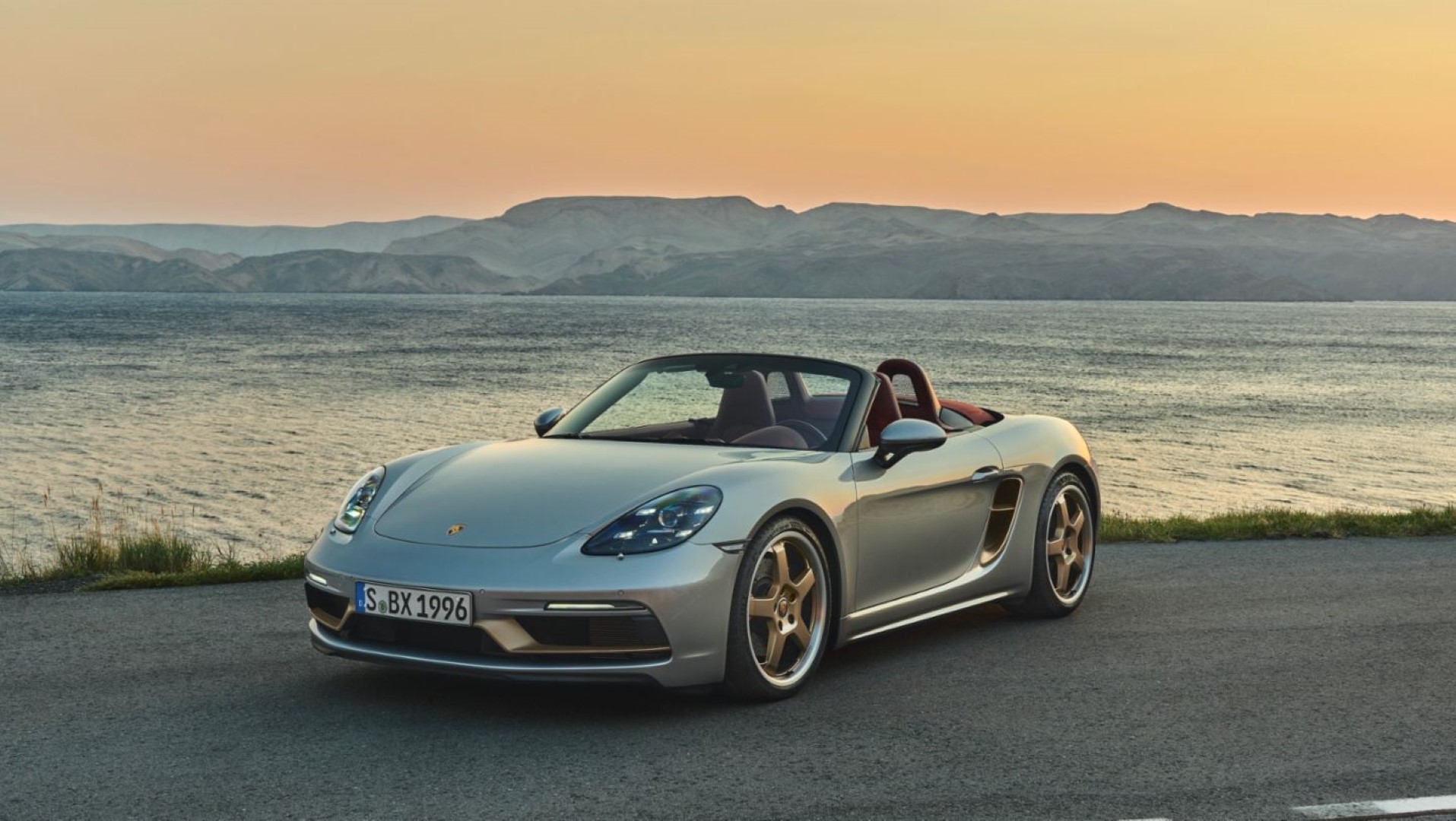 Porsche is celebrating the 25th birthday of its roadster family with an anniversary model – the Boxster 25 years Edition.

The limited edition model is restricted to 1,250 units worldwide and is based on the GTS 4.0 model, which is powered by a 4.0-litre six-cylinder boxer engine with 400 PS. Owners can choose between a manual six-speed transmission or a seven-speed Porsche dual-clutch transmission (PDK).

One of the most striking features of the special model is the reinterpreted colour Neodyme, a copper-like shimmering brown, which provided an exciting contrast the basic GT Silver Metallic colour on the pioneering 1993 version.

In the special edition, it is used on the front apron, the side air intakes with mono bar as well as for the lettering and the two-tone 20-inch alloy wheels.

Another striking element can be found on the fuel filler cap, which is enhanced by Porsche script from the Exclusive Design range. This shines in an aluminium look as do the high-gloss tailpipes of the sports exhaust system while the windscreen surround is finished in contrasting Black.

The special-edition model reaches a top speed of 293 km/h and, in combination with the PDK gearbox and standard Sport Chrono package, sprints from zero to 100 km/h in four seconds.

The introduction of the completely newly developed Porsche Boxster back in 1996 marked a turning point in the company’s fortunes. The agile, mid-engine roadster not only opened up a new market segment for Porsche, but also attracted a significantly younger customer group, thanks to price positioning below the established 911.

Currently in its fourth generation, more than 357,000 units of the Porsche Boxster have been produced up to now.