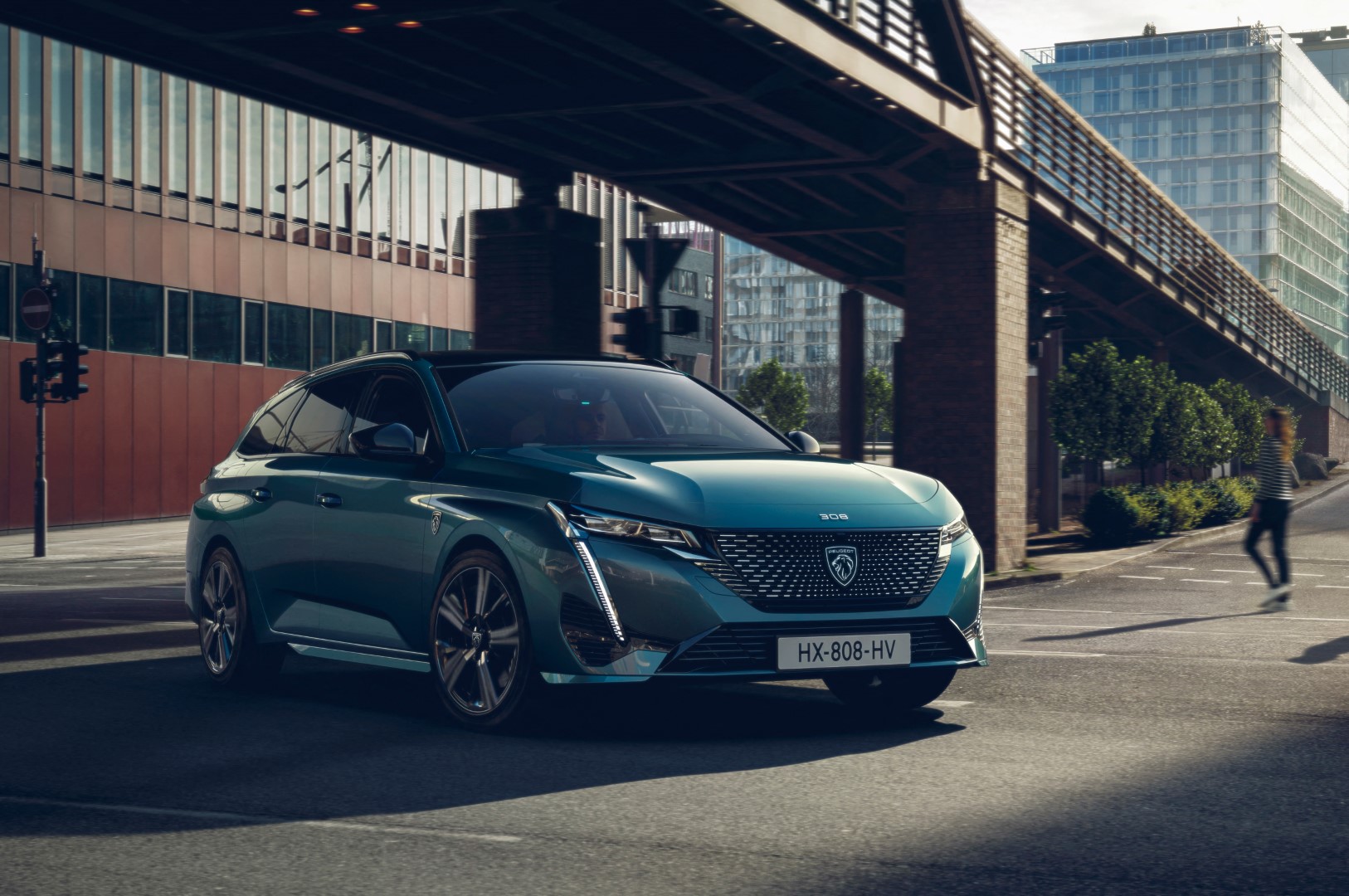 Following the unveiling of the new 308, Peugeot has announced the new 308 SW.

For the first time, the new 308 SW is available with plug-in hybrid technology as well as diesel and petrol engines.

At the front, the new 308 SW bears the new brand logo, featuring a roaring lions head. The logo neatly covers the radar used by the autonomous driving aids for a sleeker look.

The sloping roof, similar to the new 308, has been designed to maximise internal space for passengers and load items, while the pronounced skirt’s sleek lines give the new 308 SW an aggressive stance.

Measuring 4.64m long which is 6 cm longer than the previous iteration, the model has been lowered by 20mm, with a height of 1.44m.

Inside, the new 308 SW comes with Peugeot’s latest i-Cockpit interior and new i-Connect Advanced infotainment system, which brings a smartphone-like user experience to the cockpit.

The new 308 SW is also available with the latest semi-autonomous driver assist features and safety technologies.

The aerodynamic wheels, combined with Peugeot’s choice of A or A+ graded tyres help improve fuel economy, without compromising the new 308 SW’s agile handling.

Load volume capacity in the new 308 SW is 608-litres, extending to 1,634-litres with the rear seats folded. The new 308 SW comes with a two-position boot floor, which helps improve capacity.

The load area also comes with a 12V socket, with LED lighting and two storage nets and bag hooks. GT Premium models come standard with an automatically opening tailgate, which can be activated by sweeping the foot underneath the bumper or via the key fob.

To make it even more versatile, the new PEUGEOT 308 SW comes standard with a three-part rear seat configuration (40/20/40 split) and has a system to instantly fold the rear row by using two controls easily accessible from the sides of the boot.

Another key development is the small steering wheel, which features sensors to detect the driver’s grip levels when using driving aids. Ergonomically designed, it also includes fingertip controls for the radio, media, telephone and driving aids.

For improved smartphone connectivity, all models come standard with Apple CarPlay and Android Auto, with a new wireless connection from Allure Premium models.

Both versions are powered by a 12.4kWh lithium-ion battery, while there are two types of on-board chargers available – a standard 3.7kW charger and an optional 7.4kW fast charger. The estimated recharging time is:

The new Peugeot 308 SW will be produced in France at the Mulhouse plant with first deliveries taking place in early 2022.