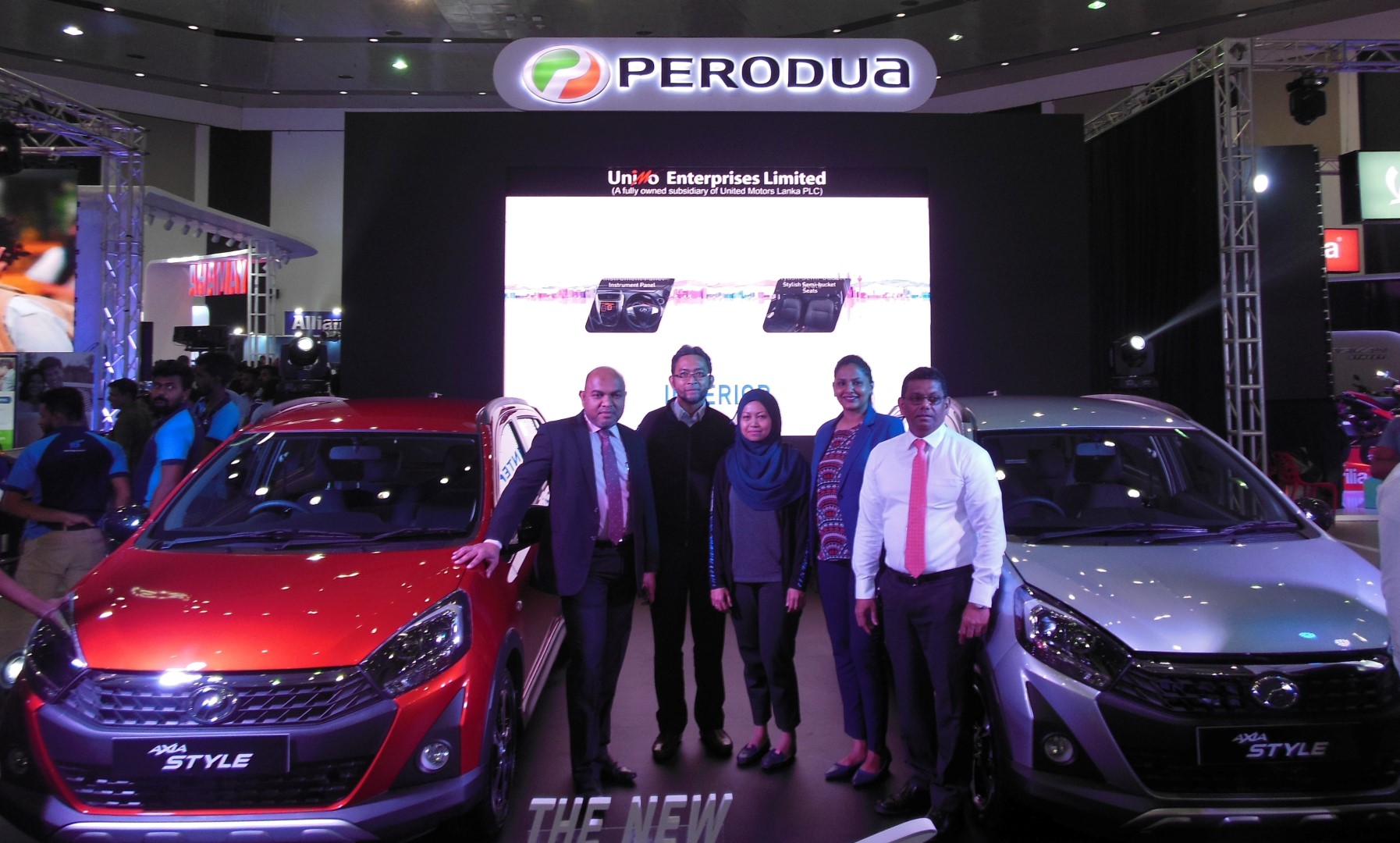 The Perodua Axia Style has made its Sri Lankan debut at the Seylan Colombo Motor Show, which is taking place at the Bandaranaike Memorial International Conference Hall from 8-10 November.

Local Perodua distributor Unimo Enterprises is collecting bookings for the Perodua Axia Style at the show, ahead of deliveries expected to begin early next year.

The crossover-inspired variant of the 2019 Perodua Axia range that launched in Malaysia in September is priced at Rs 3.895 million (RM89,000) in the island nation.

“As Sri Lanka is the Perodua brand’s biggest overseas market and one that has always been accepting of the Axia, with some 3,000 units sold since 2015, it is fitting as the new Perodua Axia STYLE’s first export destination,” Perodua President and Chief Executive Officer Dato’ Zainal Abidin Ahmad said.

Over 2,000 Perodua Axia Styles have found Malaysian homes since its September launch. As for the entire 2019 Perodua Axia range, over 10,400 have been delivered out of over 20,000 bookings received to date.

“The new Perodua Axia Style offers the active and trendy looks of a crossover in a compact, fuel-efficient, dependable and value-for-money package that we believe will strike a chord with Sri Lankans,” he added.