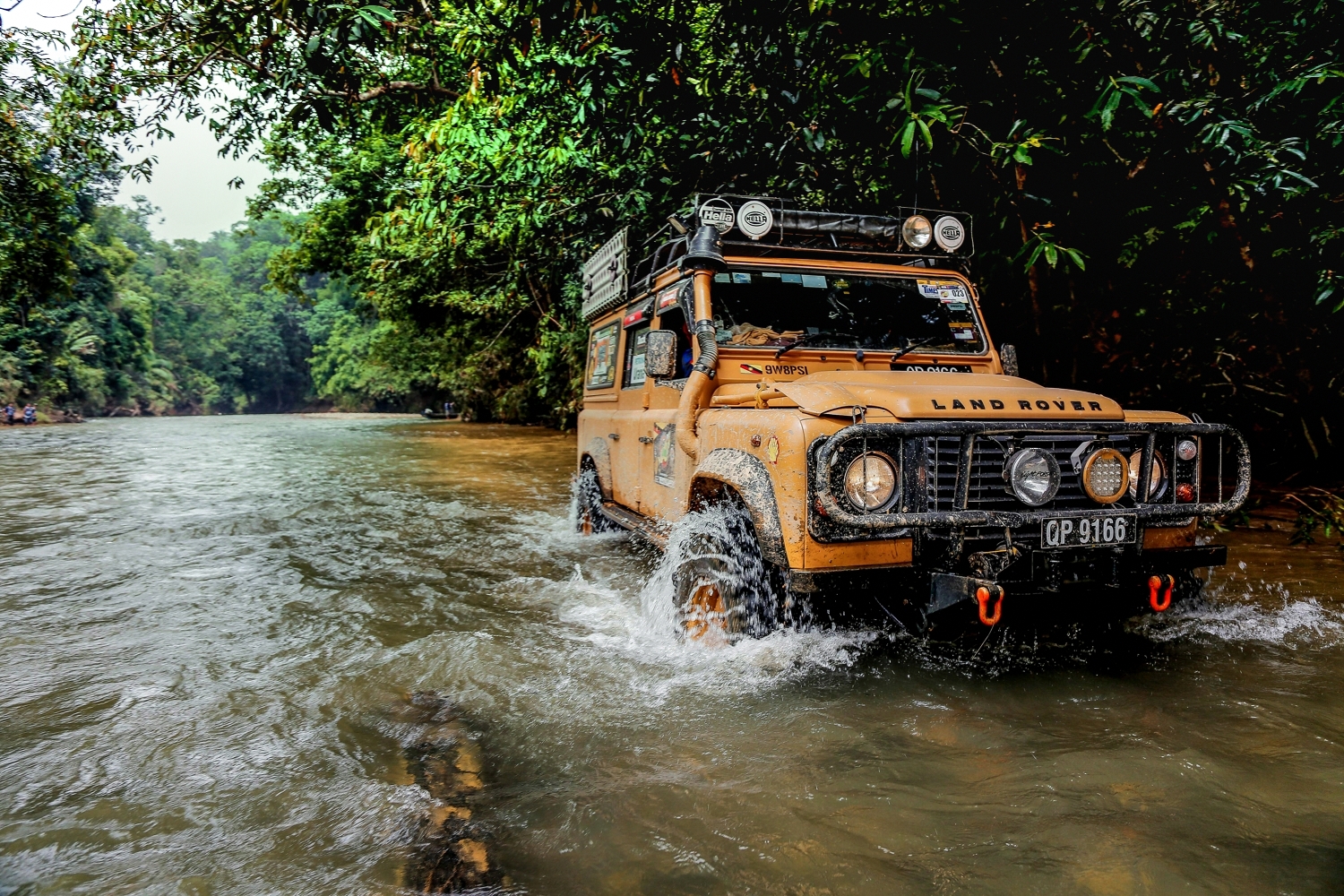 If you are from the Malaysian Peninsula you will think Sabah and Sarawak (which is part of Malaysia and situated on the island of Borneo) is just like small town Peninsula and the way of life, very similar. Well, let me inform you that you will be quite wrong. Why? well it is no easy task to explain and is best you visit Sabah and Sarawak yourself to see how different the people and landscape is. For the first-time visitor to Sarawak, you will immediately notice the large number of four-wheel-drive vehicles from the moment you step out of the any of their airports. Go just a little away from the any of the cities and the quality of the roads deteriorates and so the need for anything 4X4 becomes more of a necessity rather than a lifestyle choice like in Peninsula Malaysia. The 4×4 vehicle is the lifeblood of the locals, ferrying everything from people to groceries to oil palm fruit to drums of fuel to live buffaloes and other life-stock. With growing affluence, more people can now afford to own cars, and the preferred choice is the versatile double-cab pick-up, with 4X4 of course. The runaway market leader is the Toyota Hilux, which have become so popular that its name has become the generic term for all other pickups, regardless of brand. Ford Ranger, Mitsubishi Triton, Nissan or Isuzu D-Max, all are casually referred to as the “hilux”. The ability of these hardy 4X4 vehicles to reach remote places with unpaved roads or tracks has opened up new opportunities for the more adventure-minded types to explore the previously less-accessible parts of the big and still largely jungle-covered state of Sarawak. The Sarawak 4X4 Travel and Adventure Club (SAKTA) was born about a decade ago, bringing together a bunch of like-minded people in the quest for more trips to explore those hard-to-reach places that promise natural beauty and relaxation away from the hustle and bustle of modern city life. While Sarawakians have relied on 4X4s for their essential transportation needs for a long time, the state has lagged behind neighbouring Sabah and even the more-developed Peninsula in organising large-scale and high-profile expeditions such as the famous Borneo Safari that has been held for over a quarter century in Sabah, and the peninsular Rainforest Challenge series. SAKTA intends to make amends with the annual Sarawak 4X4 Jamboree, first held on a modest scale last year and the successful second edition that was completed recently.

The 2nd Sarawak 4X4 Jamboree brought together some 130 participants in nearly 60 Land Cruisers, Land Rovers and, of course, numerous Hiluxes, from all over Sarawak, and also from Indonesia, Brunei and even Australia, to explore the jungles and rivers of Betong Division, between the towns of Sri Aman and Saratok.

While it is ordinarily an easy 2-hour drive from Sri Aman to Saratok, the 4X4 Jamboree is not so much about getting to Point B as it is about the journey, about traversing the road less travelled, or going where there is no road at all.

With heavy, persistent rains pouring down in the preceding fortnight, there were equal measures of apprehension and excitement as the flag-off date drew near. There had been reports of swollen rivers and localized flooding, as well as landslides, all of which could wreak havoc on the planned route. It would also mean plenty of slippery mud and hard going, which was exactly what 4X4 enthusiasts were looking forward to. As it turned out, Day 1 dawned bright and sunny, and the fair weather remained throughout the four-day expedition, until it was almost all over.

The hard-core came prepared to cope with almost every conceivable challenge, except fair weather and firm tracks. Still, there were enough stretches of mud and steep ascents and descents to get the adrenalin rising.

The rest of the expedition was more uneventful. Thanks to the government’s efforts, more roads have been built over the years, linking up with former logging tracks to bring many more interesting remote places within reach of ordinary people, as long as they have 4WD vehicles.

These 4X4 trips are an opportunity to develop a unique tourism product for Sarawak, one where the destination is unique and interesting, but the journey itself is really the main attraction.