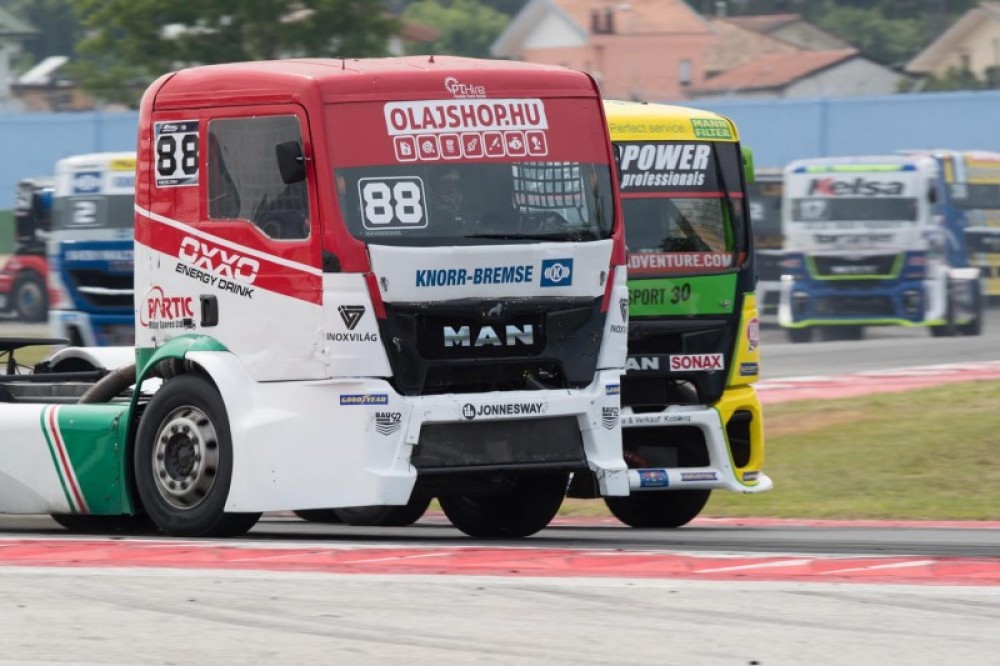 Norbert Kiss may be the only Hungarian driver on the FIA European Truck Racing Championship grid this year, but there is another driver, reigning British series champion Ryan Smith, who treats the Hungaroring as his surrogate home venue. “This is a home race. The team is Hungarian and this circuit for me is the best on the European calendar,” says ‘honourary Hungarian’ Smith.

“Not just because of the team, the circuit, the facilities, everything – this is the best track and I’m very lucky because I like this circuit and the circuit likes me. The truck also ‘likes’ the circuit,” said Smith. The British racer who represents OXXO Hungary Truck Racing Team praised the venue located on the outskirts of Hungary’s capital. “Because the Hungaroring is an F1 circuit the tarmac is amazing,” he says. “Hungaroring has everything, slow corners, a chicane, fast corners and a long straight.

“So, overall, in my opinion, the Hungaroring is the best on the FIA ETRC calendar and probably the best race track I’ve ever driven on,” enthused Smith. The Brit also admitted that the circuit is holds a distinct challenge. “Because the weather is very hot so, it [the grip] changes from lap to lap,” he explained. “To win is the aim,” assured Smith.

“I’m very excited and I think we’re going to have very good results. But, we’re in year one, trying to build a new team. This is where people will see how fast we are. Speaking of the team, the entire OXXO Hungary Truck Racing Team run by Bruno Sarosi is looking forward to racing on home soil.

“The Hungaroring is the most important event for us because of the fans. Our focus in 100% on that race. In the past Ryan achieved good results here so we want to aim for really good results, podiums,” revealed Sarosi.

“The atmosphere at the Hungaroring is totally crazy. It’s not possible to understand this without seeing it. People love truck racing here. It’s a really unique feeling,” he added.

Speaking about the rivalry with former driver, Kiss, Sarosi said: “We’re fighting for our results and Norbert is fighting for his results.

“We’re in good relations with Norbi off track but on track it’s down to Ryan and him. We’re going to see who’s the best.” Last season angry words were exchanged between Smith and rival Kiss after an early collision in Race Two eliminated Kiss from contention. Smith went on to score a dramatic podium finish after a last corner move on David Vrsecky.