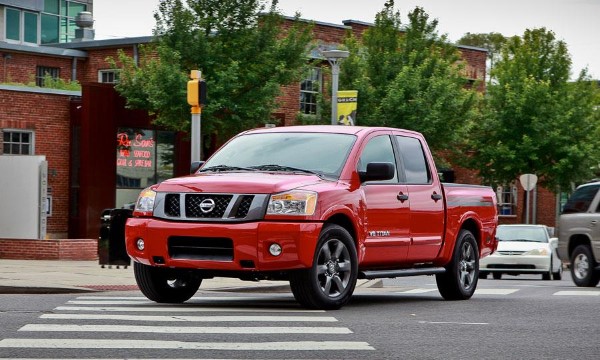 Nissan has released a new teaser video for the 2016 Titan.

Set to debut at the North American International Auto Show on January 12th, the redesigned pickup is being billed as an all-American offering as it was designed in California, engineered in Michigan and tested in Arizona. The truck will also be built in Mississippi and feature engines built in Indiana and Tennessee.

The video doesn’t reveal much about the truck itself but previous teaser photos have shown the model will have a massive grille, rounded fender flares and a sculpted hood. The company has also confirmed plans for a 5.0-liter Cummins turbodiesel V8 engine that develops more than 300 bhp (223 kW) and 550 lb-ft (744 Nm) of torque.

The Titan will most likely be available only in the American market.