Nissan Pathfinder, even with a 3.5 V6 could do well here

Around 43% of the new engine’s components were carried over from the proven 2016 Pathfinder engine – including critical systems like the aluminum-alloy block, exhaust valve timing control and intake manifold collector. Horsepower for the new Pathfinder V6 is now 284 hp at 6,400 rpm (from the previous 260 hp) and torque is now rated at 259 lb-ft at 4,800 rpm (up from 240 lb-ft). And, while adding more horsepower and torque, Pathfinder fuel economy remains 20 mpg city, 27 mpg highway and 22 mpg combined for 2WD models (estimated). 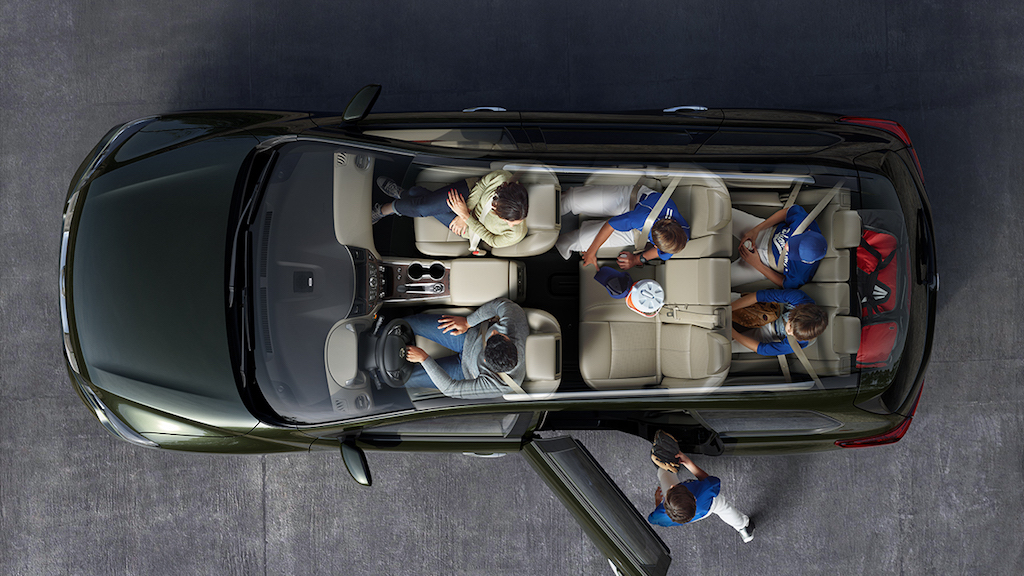 From the “something borrowed” category (from other existing Nissan engine designs) came 32 percent of the final components – parts new-to-Pathfinder like the variable displacement oil pump and electronic control module. And that left around 25 percent for new components and technologies, creating what is officially known as the VQ35DD engine. 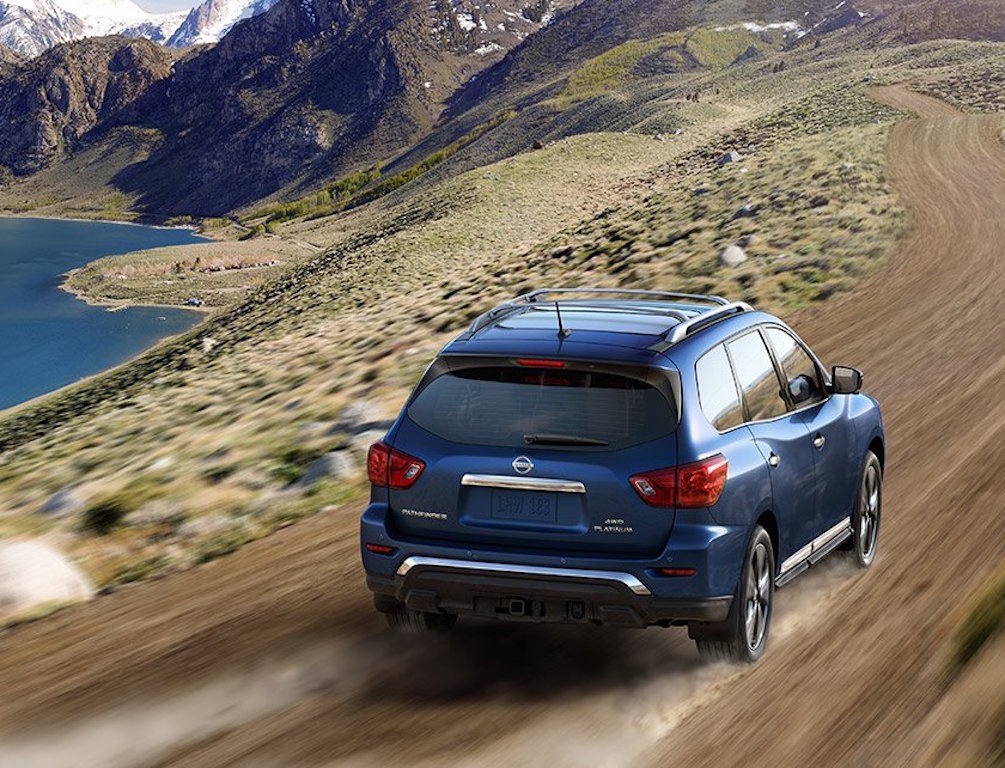 Pathfinder, one of Nissan’s best known and most popular nameplates in its nearly 60-year history, is reborn for the 2017 model year with more adventure capability, a freshened exterior look and enhanced safety and technology – pure Pathfinder taken to a higher level of performance and style.

The seven-passenger 2017 Pathfinder is offered in 2-wheel drive and 4-wheel drive configurations and a choice of four well-equipped grade levels: S, SV, SL and Platinum. 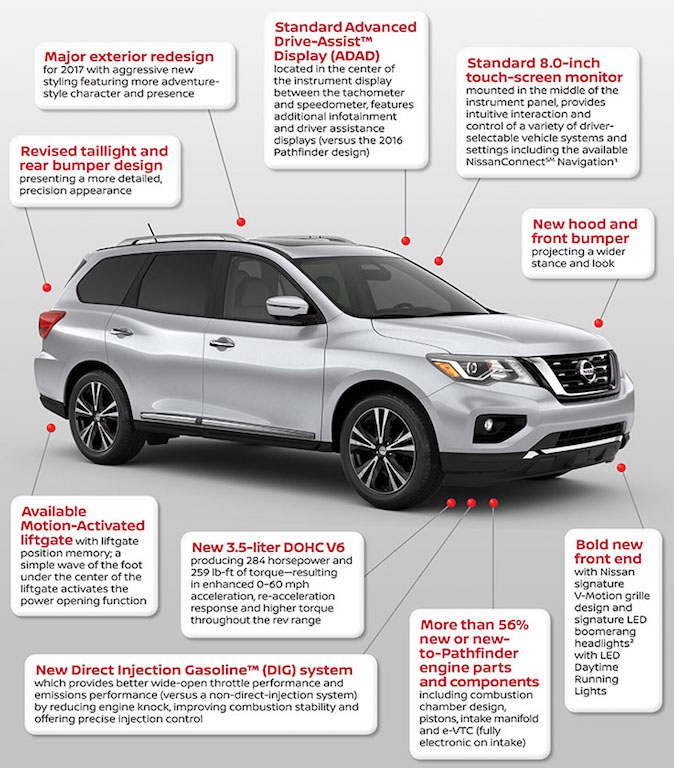