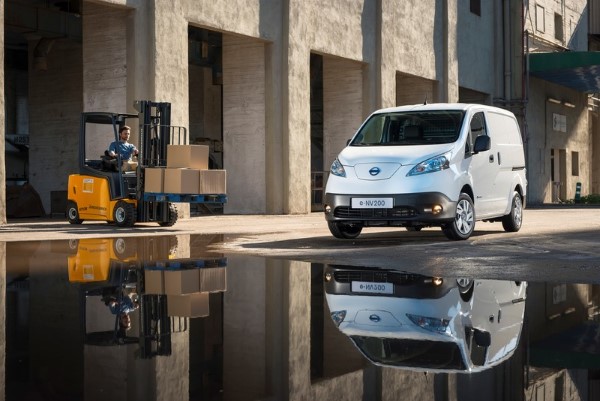 The 100 percent electric Nissan e-NV200 has been awarded the German Commercial Vehicle Award for 2016 in the special category of Electrically Driven Urban Delivery Vehicle.

The compact van which combines an all-electric powertrain with a large cargo capacity is the first vehicle ever to be awarded the accolade, which recognises excellence in the electric commercial vehicles category. The prestigious prize will be awarded on 23 September 2016 at the IAA Commercial Vehicles show in Hannover, Germany and is the 16th award of its kind for the van.

The German Commercial Vehicle Awards are governed by German trade publicationsHandwerk-Magazin and the Deutschen Handwerks Zeitung, and considered an important indicator of quality within the sector. Voted for by tradespeople – the true experts in durability and practicality – every vehicle undergoes detailed testing over a two-day period. A total of 15 business proprietors and master craftspeople from different trades took part in this year’s testing which, in addition to testing standard diesel driven vans, featured electric vans for the first time.

“It’s great to see our all-electric LCV being well-regarded by both the industry and tradespeople alike.

“Over the last five years, we’ve seen more and more people make the switch to electric through the Nissan LEAF and e-NV200, businesses are no exception. Award-winning products like the Nissan e-NV200 van and Evalia passenger vehicle make cost-effective, zero emission deliveries & transport a practical reality for small businesses and tradespeople alike in cities right across Europe.”

The Nissan e-NV200 boasts a cargo compartment in excess of 4.2m3 and a maximum payload of 770kg – the highest in its class – comfortably accommodating two Euro pallets. Loading and unloading is made easy via sliding doors on the vehicle’s sides and wide opening rear doors.

Equipped with an electric motor that has been derived from that of the Nissan LEAF, with batteries that can be recharged to 0-80 percent in less than 30 minutes, businesses can also benefit from a near silent, emission-free powertrain.

Available in both commercial Combi trim level or the fully trimmed Evalia passenger version, the Nissan e-NV200 has exceptionally low running costs; with fuel costs starting from as little as €0.03 per km and 40 percent lower servicing costs when compared with an equivalent diesel vehicle.

For more information about Nissan and its range of vehicles, please visit: http://www.nissan.eu/experience-nissan.html