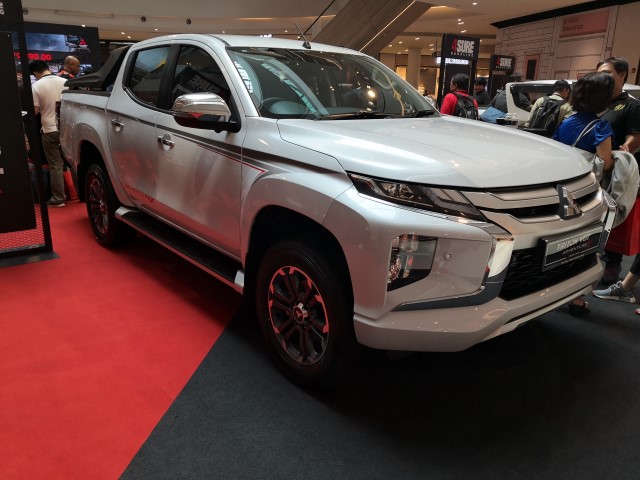 Mitsubishi Motors Malaysia, the sole distributor of Mitsubishi vehicles in Malaysia announced during the launch of the Triton Quest that selected variants of the Triton Pickup truck has been updated with a few new features.

Firstly, we have the Triton Adventure X which now gets an All Round Monitor, a feature that uses multiple cameras around the vehicle to create a bird’s-eye-view to aid parking and maneuvering.

For an added peace-of-mind driving, the Triton Adventure X also adds on Driving Video Recorder (DVR), a feature that captures every moment or incident while on the move.

Last but not least, the Triton Adventure X adds on side body stickers to enhance its overall sporty image, as well as premium solar and security tint for a greater cabin comfort.

Like the Triton Adventure X, the Triton AT Premium also gets an upgrade including Driving Video Recorder, new leather seats, and a 7-Inch Touchscreen Audio with Apple Carplay and Android Ready as standard.

These accessories upgrades are only offered by MMM authorized dealers at all Mitsubishi Motors showroom nationwide.

The Triton range comes with a choice of six variants and four colours: