The price reduction is in view of the Malaysian government’s announcement to drop Sales and Service tax (SST) for cars, which sees a 100% sales tax exemption on locally-assembled (CKD) models.

Mitsubishi is Very Happy that they Sold 483 Tritons in May

Even though the pick-up truck segment in Malaysia saw a 45% dip in May 2020 because due to the challenging economic situation, the Mitsubishi Triton was the only model that achieved positive growth by 1.0% with 483 units sold for May 2020 as compared to the same period last financial year.

From January to May 2020, the Mitsubishi Triton consistently maintained its market share by 22% for five consecutive months, an increase from the same corresponding period of 2019 which was at 17.8%.

“While the automotive industry is still recovering from the COVID-19 pandemic, we are happy that the Mitsubishi Triton retained its popularity with with a strong market share of 28% for financial year to date 2020. We are glad that the Triton comes in as a reliable and helpful utility truck to assist our customers to get through these tough times,” said Tomoyuki Shinnishi, Chief Executive Officer of MMM.

Offered in 5 variants, the Mitsubishi Triton is currently priced between RM100,200 and RM137,900 in Malaysia.

Price after the sales tax exemption following our Prime Minister’s recent announcement is yet to be announced, so watch this space for more updates.

Mitsubishi Motors Malaysia (MMM) announced that the Triton was the only model in the pick-up segment that successfully achieved positive growth by 0.9%, with 5,762 units sold for Financial Year 2019 (April 2019 to March 2020), as compared to the same period last financial year.

However, the pick-up truck segment itself on a whole, saw a decline by 21% during the same period of time.

On another positive note, for the whole of FY2019, the Mitsubishi Triton double cab ranked up to the number one position in the pick-up truck segment, in three states namely Melaka, Penang and Kedah.

“We are happy that the Mitsubishi Triton’s appeal in Malaysia remains strong. Throughout the year, the Triton has been recognised as the best-handling, the more fuel-efficient pick-up truck as well as the cheapest to maintain in terms of after sales service. We are pleased that the Triton double cab is gaining the trust and likes of Malaysians and is becoming the favourite choice in some states. We are confident that the Triton will continue to drive our momentum in Malaysia,” said Tomoyuki Shinnishi, CEO of MMM.

He added, “The automotive sector is likely to remain under pressure with the COVID-19 pandemic but it is imperative for the company to focus on the positives while planning for the growth of our businesses once the situation has improved. Rest assured, our team is working closely to implement extra precautionary measures, post-MCO to ensure that our sales outlets and service centres are a safe place for customers to shop and to service their cars with peace in mind.”

The Chinese New Year promotion offers low interest rate of up to 0.88% for selected Triton variants exclusive with Maybank or Public Bank hire purchase only.

From now until end February 2020, customers who book and register a new Mitsubishi Triton VGT Adventure X, Triton VGT AT Premium and Triton VGT MT Premium can choose to either enjoy interest rate of up to 0.88%, OR cash rebates:

The Outlander and ASX come with five years warranty/unlimited mileage.

Eight lucky Mitsubishi customers who service their car at any authorized Mitsubishi service outlets are entitled to win a gold coin worth RM888 when they spend a minimum of RM688. Other service promotions include:

Mitsubishi Giving Up To RM12,000 Rebate for CNY

Mitsubishi Motors Malaysia (MMM), the official distributor of Mitsubishi Motors vehicles in Malaysia, is offering low interest rate of up to 0.88% for selected Triton variants exclusive with Maybank or Public Bank hire purchase only.

This promotion is in conjunction with the Chinese New Year festivities and promotion is valid from today until end January 2020.

Customers who book and register a new Mitsubishi Triton VGT Adventure X, Triton VGT AT Premium and Triton VGT MT Premium can choose to either enjoy interest rate of up to 0.88%, OR cash rebates:

The Outlander and ASX come with five years warranty/unlimited mileage.

Mitsubishi Motors brings a strong focus on quality to all of its 4WD vehicles. Mitsubishi takes into consideration the size and use of each vehicle in order to implement the most appropriate 4WD system. 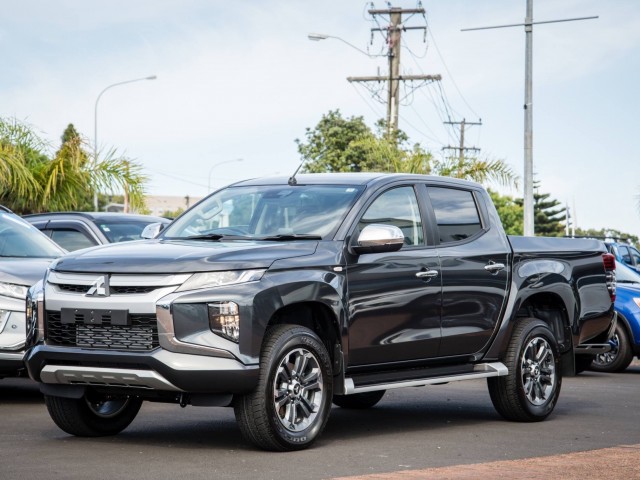 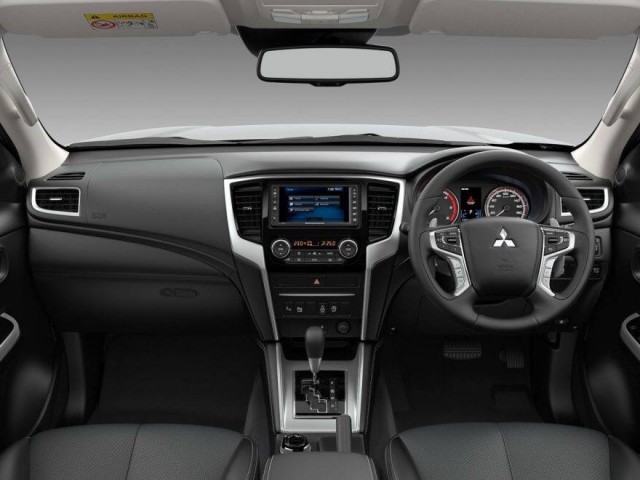 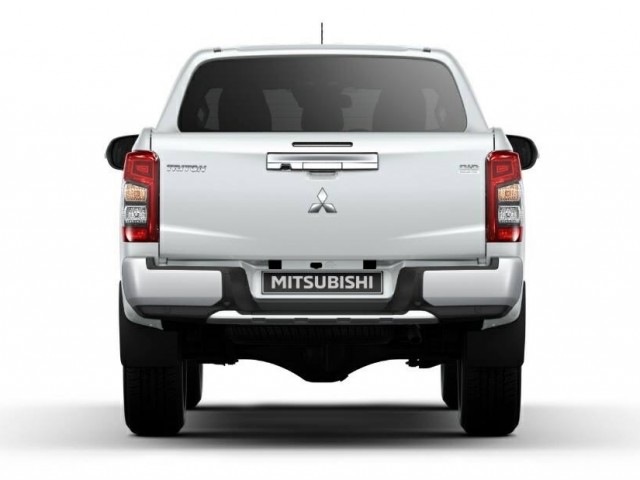 The electronically controlled 4WD system comes in three modes which can be chosen according to the driver’s preferences and the driving conditions. Drivers can switch the drive mode instantly and while driving the vehicle. All that is required is a single touch of the drive mode selector on the centre console. The front and rear torque distribution mechanism uses electronically controlled coupling to distribute the torque between the front and rear wheels appropriately at all times, based on vehicle driving conditions and the operation by the driver, etc. Furthermore, it ensures outstanding traction performance while at the same time eliminating the tight corner braking phenomenon characteristic of 4WDs.

New Mitsubishi Triton Launched in Malaysia, From RM100k to RM135k 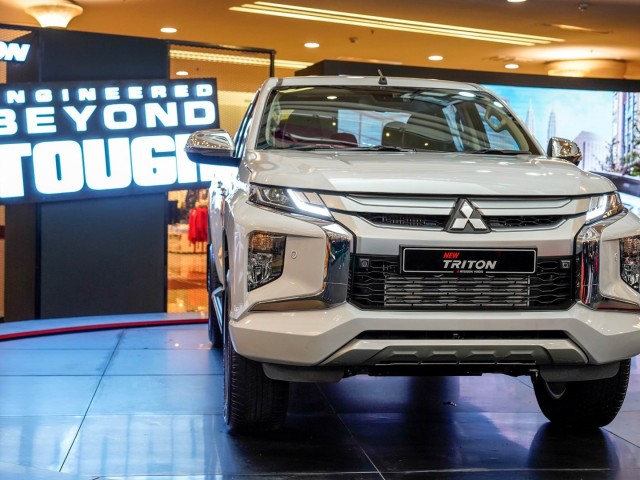 The new Triton is priced from RM100k and available with a choice of five variants and four colours.

Speaking at the launch of the Triton, Tomoyuki Shinnishi, CEO of MMM, said “Pick-up trucks are the foundation of Mitsubishi Motors and the company has been producing pick-ups since 1978. Over 40 years, much experience has been gained not only in engineering reliable and durable vehicles but also understanding the needs of diverse customers. As such, Mitsubishi Motors has been able to keep improving the vehicles and today, we are proud to introduce the new Mitsubishi Triton as the fifth generation of a successful line of pick-up trucks.”

Shinnishi said that the company is confident this new model will be well received and accelerate the momentum of growth for MMM. The sales target for this year of 600 units a month and is expected to see an increase of 28% in Triton sales.

“With the concept of ‘Engineered Beyond Tough’, the project team strived to offer a vehicle which would be trend-setting, tough and safe. Besides drawing on 40 years of experience in developing pick-up trucks that are durable, reliable and comfortable, the new Triton adopted four pillars under the 4Sure Handling USPs: 4Sure Power; 4Sure Control; 4Sure Agility; 4Sure Safety. With these four pillars, customers are assured of a vehicle that is built to high standards and performance,” explained Mr. Shinnishi.

4Sure Power: The new Triton is powered by the award-winning 2.4-litre MIVEC turbodiesel engine with aluminum block for optimum performance and efficiency. The strong output of 181 PS of power and 430 Nm of torque is delivered to four wheels through a new 6-speed automatic transmission has also been added to improve driving efficiency and flexibility as well as providing seamless shifting.

4Sure Control: The new Triton is equipped with Mitsubishi Motor’s Super-Select 4WD II system, developed with decades of experience in off-road competition such as the Dakar Rally. The intelligent and robust system delivers optimum traction and handling characteristics over all surfaces. The Super-Select 4WD II system has a new Off-road Mode increased capability in different off-road conditions such as gravel, mud, sand and rock. When engaged, Off-road Mode regulates engine power, transmission and braking for optimum wheel traction in various terrains conditions.

4Sure Agility: Although the Triton is long and large, the iconic J-Line design enables exceptional manoeuvrability, especially with a best-in-class turning radius of 5.9 metres. This allows it to have better agility on the road as well as being able to get around tight off-road situations and during parking. The J-Line design makes it possible for such manoeuvrability without compromising on cabin space or load space.

4Sure Safety: The new Triton has a high-durability, high-reliability ladder-type frame and high impact safety cabin structure to provide the occupants with the best possible protection during an accident. This is complemented by class-leading advanced active safety and driver assistance systems that include Forward Collision Mitigation (FCM), which can detect vehicles and pedestrians ahead; Blind Spot Warning with Lane Change Assist (BSW with LCA), which helps avoid colliding with another vehicle when changing lanes by detecting vehicles behind or at the rear quarter and alerting the driver with an audible alert and flashing light in the left or right door mirrors.

An Ultrasonic Misacceleration Mitigation System (UMS) is now fitted to help reduce accidents resulting from improper use of the accelerator when moving off or reversing in carparks and other confined spaces. This system sounds a buzzer and displays a warning if front or rear sensors detect a nearby obstacle. Engine output is also automatically controlled if the driver suddenly accelerates during such situation.

Also helping to enhance safety is Rear Cross Traffic Alert (RCTA) which helps avoid collisions when reversing by scanning the area on either side. If a vehicle is detected approaching, the driver will be alerted to take appropriate action. As before, a rearview camera is also provided which gives a view of the area directly behind the vehicle. 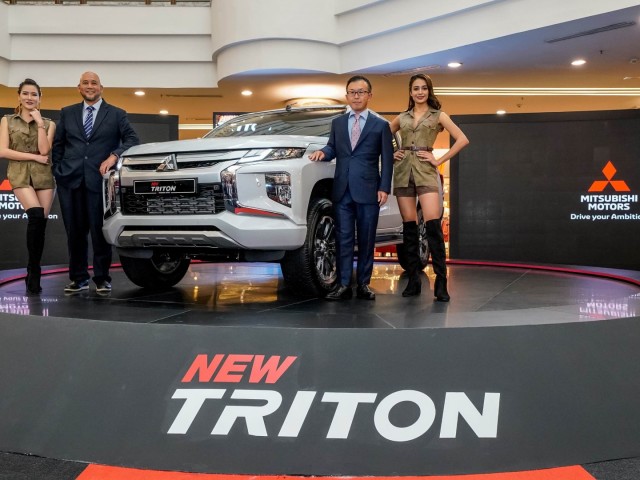 For convenience and added safety, the new Triton has an Auto High Beam system. The camera sensor detects oncoming vehicles and automatically switches to low beams so as not to dazzle other drivers. This allows the high beams to operate automatically for better illumination of the road at night.

While retaining some of the original styling cues that made the previous generation a trendsetter among pick-ups, the designers have added body curves with contrasting sharp lines, extended wheel flares and bright accents that embody the strength of a Mitsubishi Motors pick-up truck and add modernity.

As with the exterior, the interior restyling also follows the theme of ‘Engineered beyond Tough’, with a sporty and modern feel. A sense of high quality will be felt with additional soft padding in seating areas such as the armrest and knee pads, with double stitching for a more premium appearance. In addition, the new Triton’s interior adds on Rear Smartphone Charger and Storage as well as Air Circulator with Individual Vents.

The new Triton is imported to Malaysia as a Completely Built-Up (CBU) vehicle from Mitsubishi Motors’ global production hub in Thailand. It is the only pick-up truck (up to 2.4-litre category in Malaysian market) with a 200,000 km or 5 years warranty for ultimate peace of mind driving.

As an introductory offer to celebrate the launch of the all-new Triton, the first 1,000 customers will receive an exclusive limited edition Thule Subterra Luggage worth RM2,000.

MMM Sales Network and Others

Mitsubishi Motors Malaysia is currently represented by 53 showrooms (out of which 47 are 3S Centres) and 52 service outlets throughout Malaysia.  In East Malaysia, MMM is represented by 14 showrooms (6 in Sarawak and 8 in Sabah).