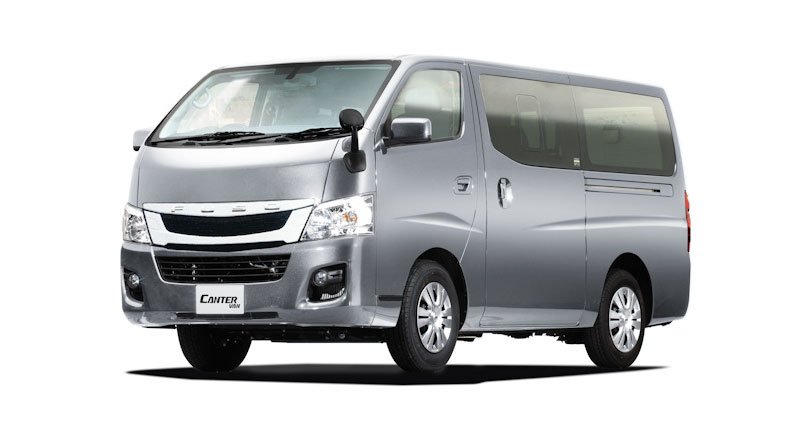 Under the contract, Nissan will supply its “NV350 URVAN” (GVW: 3.5 tons) commercial van to be sold by Mitsubishi Fuso as “Canter Van” in the Middle East starting in 2014.

Today’s final contract comes after the two companies’ signing of a basic agreement in September 11, 2013, and is based on the strategic partnership between Daimler AG and Renault-Nissan Alliance announced on April 7, 2010.

Dr. Wolfgang Bernhard, Member of the Board of Management of Daimler AG and Head of Daimler Trucks, said: “The agreement marks another strategic partnership by Daimler AG and Renault-Nissan Alliance. This is an important element for the growth strategy of Daimler Trucks in Asia. It is also another example of our proven cooperation with Nissan in the commercial vehicles sector.”

Dr. Albert Kirchmann, MFTBC President & CEO, said: “With the new FUSO Canter Van, we will be able to address new customer segments in markets like the Middle East where we already have an established network. It is the first time in the FUSO history that we offer a commercial van, and I am convinced that our customers will appreciate the wider choice.”

Mr. Guerin Boutaud, Nissan Corporate Vice President of Global LCV Business Unit, said: “We are very delighted that Definitive Agreement of NV350 URVAN supply has been concluded formally in addition to the first step of mutual supply of light-duty trucks ‘Canter Guts’ and ‘NT450 Atlas’ already running in Japan. We hope that the strategic partnership between Mitsubishi Fuso and Nissan in light commercial vehicles business is further reinforced by this and will lead to improved production efficiency in Japan.”