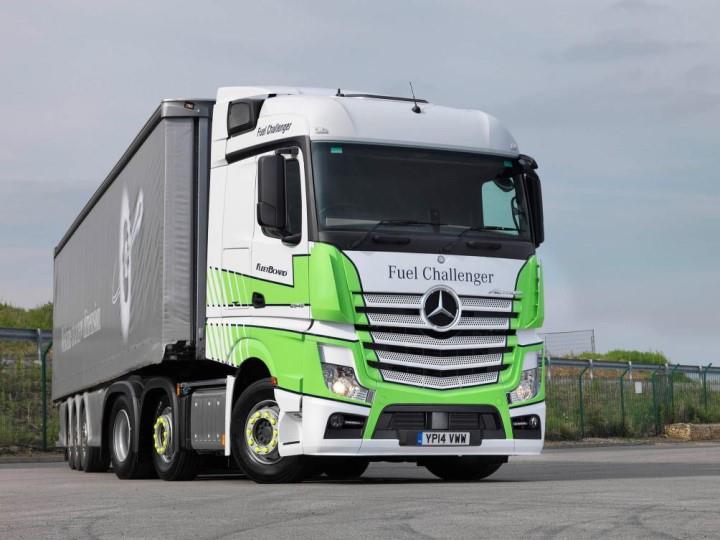 The Mercedes  Fuel Challenger programme invites operators to allow an Actros demonstrator to go head to head with one of their own vehicles, then measure the diesel consumption of both side by side. The Fuel Challenger tractor units all wear a highly visible and very distinctive white and green livery, and all are fitted with Daimler FleetBoard telematics equipment that is providing mercilessly accurate appraisals of their fuel consumption during the trials.

One month in and the Mercedes-Benz contender has already won nine of its first 10 challenges – the ‘defeat’ was only by a narrow margin and the truck with the three-pointed star was carrying a full six tonnes more than its rival! Director National Sales Mercedes-Benz and FUSO Trucks, Vincente Connolly, declares: “Fuel Challenger might seem like a strategy fraught with risk but we have complete faith in our products. Time and time again, customers who are already running Actros tell us that our vehicles beat those from the competition by a comfortable margin.