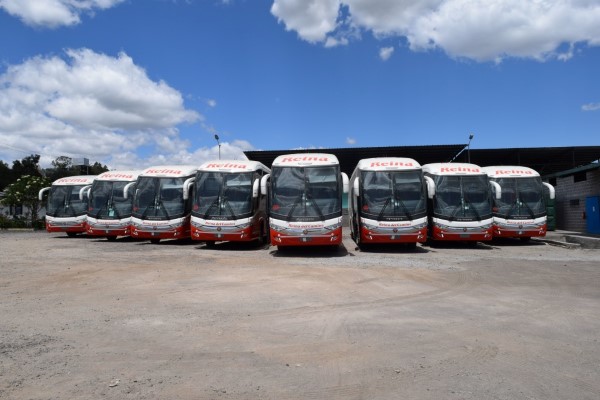 Mercedes-Benz do Brasil has again won the tender for a large scale order of more than 300 buses.

Until the end of the year these city buses and touring coaches will be delivered to customers in Ecuador. A large number of those vehicles will be contributing to making public transport in the country’s largest cities more efficient, cleaner and quieter. The first bus units are already on the streets of Guayaquil, Cuenca and Ecuador’s capital Quito.

Also 70 touring coaches will improve the country’s long-distance connections. The robust and comfortable buses out of the plants of Mercedes-Benz do Brasil are well suited for Ecuadorian road conditions. An important factor for the buyer’s decision was the extensive Mercedes-Benz service stations network.

During the first three quarters of 2017 the bus sales of Mercedes-Benz do Brasil were on a rise. In South America (without Mexico) the brand with the star delivered around 9,500 buses to customers – 29 percent more than last year. Mercedes-Benz is the undisputed market leader in Brazil with a 51.7 percent market share (YtD 9/2017). Overall Mercedes-Benz is expecting the Brazilian bus market to keep recovering albeit slowly.

Back MAN to Invest Over 2.4 Billion Euros in its Sites by 2020
Next Designer and Truck Builder Create Jacket Made of Recycled Fan Belts