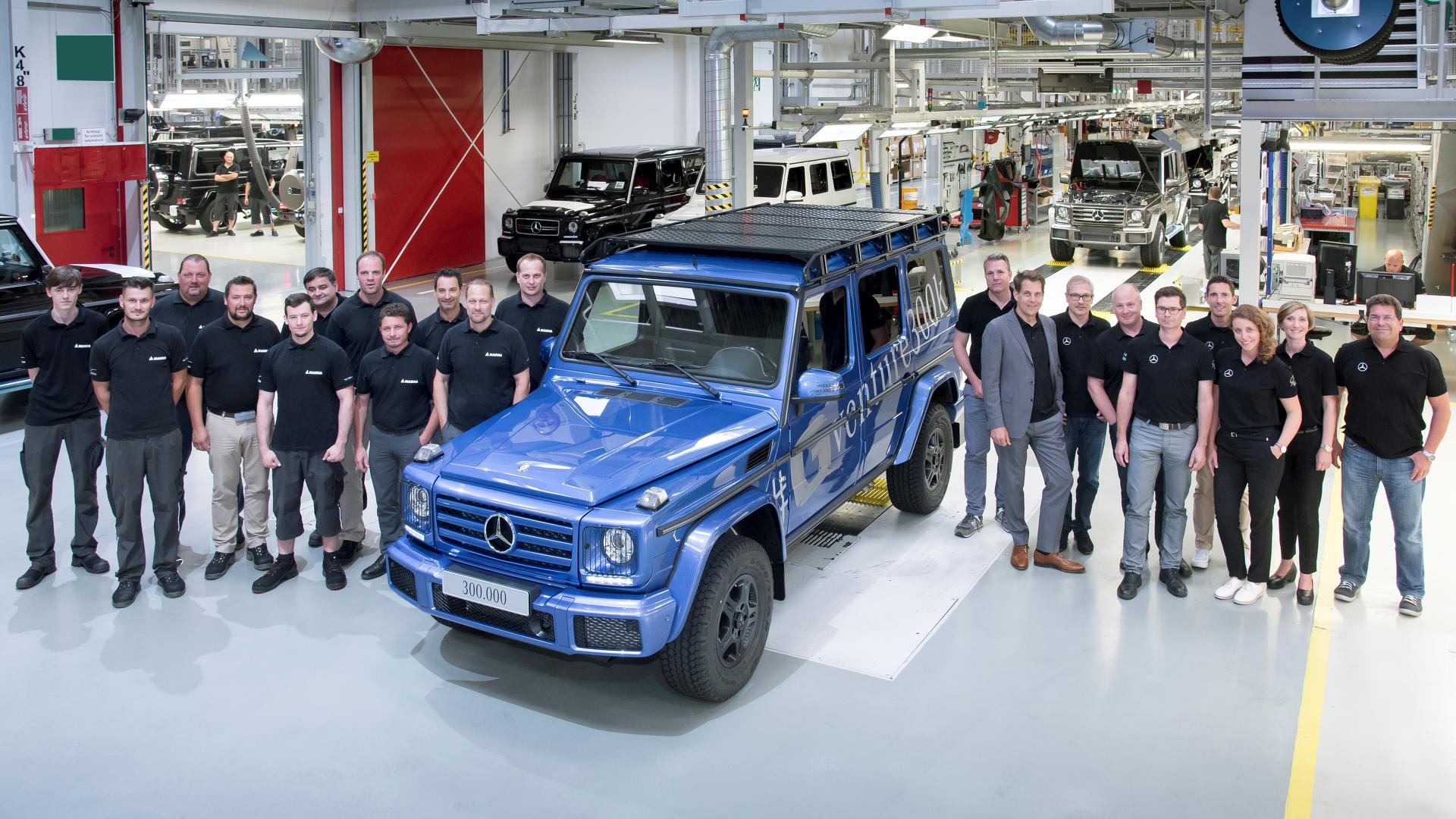 The 300,000th vehicle of the legendary G-Class has rolled off the production line at Magna Steyr in Graz, 200 km in the south of the Austrian capital Vienna. The record vehicle is a Mercedes-Benz G500 in the colour designo mauritius blue metallic with black leather seats and contrasting white stitching (fuel consumption combined: 12.3 l/100 km; combined CO2 emissions: 289 g/km). The legendary off-road qualities and adventurer character of the G-Class are enhanced by the Off-Road package including black 16-inch wheels with all-terrain tyres and a robust roof rack. This winning combination was selected by fans of the G-Class from all over the world, who voted for their favourite specification via the official Facebook page of the G-Class (http://www.facebook.com/MercedesBenzGClass). During the next few months the anniversary vehicle will be on display on social media networks. The future adventures of the 300,000th G-Class can be followed via #Gventure300K. The development of the G-Class started in 1972 with a cooperation agreement between the former Daimler-Benz AG (today Daimler AG) and Steyr-Daimler-Puch (today Magna Steyr) in Graz, Austria. In 1975 the decision was made to commence series production of the G-Class. At the same time it was agreed to construct a new plant in Graz, where the vehicles have been manufactured ever since, mainly built by hand. The production of the G-Class started on 1 February 1979. In some countries, for example Switzerland and Austria, the G-Class was also sold up until end of the year 1999 under the brand name Puch. In the manufactory in Graz, the vehicles are assembled on just a single production line.