Nestlé, the world’s largest food and beverage company has commissioned four more Actros with new, second-generation engines. It has also ordered no fewer than 70 new 13.6m Montracon box semi-trailers with matching silver side skirts, the first of which have entered service – one of these trailers wears special graphics, highlighting the company’s 150th anniversary.

Nestlé’s first Mercedes-Benz tractor units have been on the road for more than a year. All are 375 kW (510 hp) Actros 2551 StreamSpace models and based at the operator’s production facility in York.

As Fleet Manager Mick Thompson confirmed, they have been a success since day one. “Our drivers sleep in their vehicles and really appreciate the comfort of the beds and all-round quality of their flat-floored Actros cabs, while a lot of people have commented on how stunning these vehicles look,” he enthused.

“They’re brilliant in terms of fuel efficiency too. The first seven trucks are returning between 9 and 9.1 mpg, which means they’re almost a mile ahead of our previous fleet average. And although we’ve only just set the four new units on the road, at 9.4 mpg they’re already doing even better!”

All of Nestlé’s Actros are equipped with Predictive Powertrain Control systems, which boost economy while also reducing wear and tear on the driveline by employing engine braking at every opportunity, and helping to make shifts at the wheel less stressful for drivers.

The latest vehicles are 2551 versions with aerodynamic StreamSpace cabs too, but their 12.8-litre, six-cylinder OM471 engines are from the recently revamped range which, thanks to a raft of improvements including updated turbochargers and revised injection systems, offer average fuel savings compared to their already-frugal predecessors of around 3%. 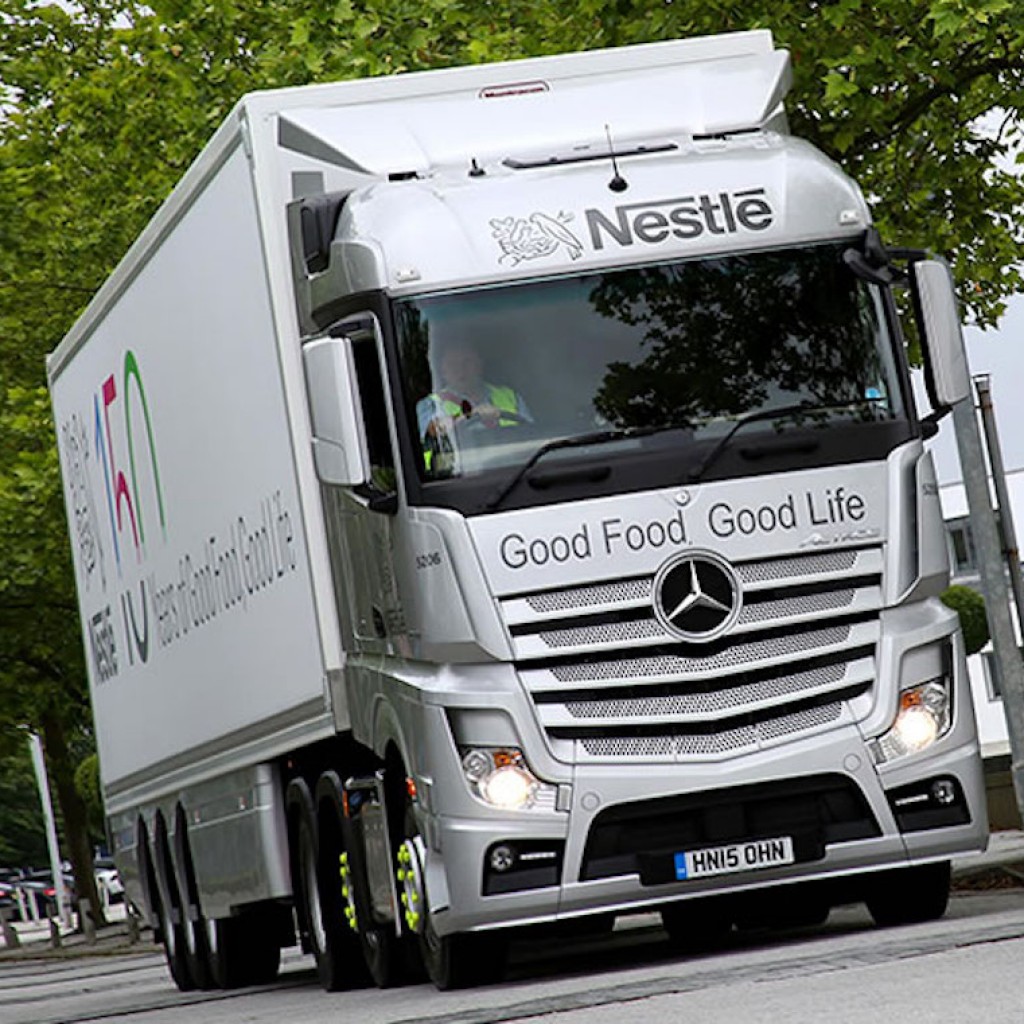