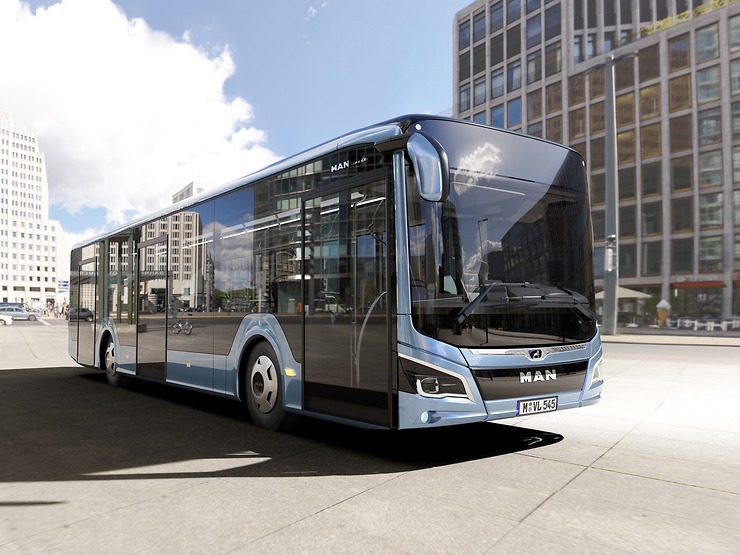 Until now, the new MAN Lion’s City has been kept well-hidden during testing, but now the veil is gradually being lifted to reveal a completely re-designed city bus, which has inherited the strong genes of previous MAN buses. With a clear focus on efficiency, comfort and ergonomics, the developers have set new standards for all of the components, such as for the Life Cycle Costs (LCC) of the driver’s workplace and the lighting. At the same time, the MAN Lion’s City complies with all current legal standards, as well as all those that are expected to be introduced in the future.

From the outside, the new city bus is an unmistakable example of the new MAN bus design. It has a range of eye-catching features, including its distinctive headlights, which incorporate an LED band that acts as daytime running lights, and the typical black MAN front panel and chrome trim that is synonymous with quality, as well as its large side windows. Not only do these lend the vehicle an impression of dynamism, but as aspects of segmented panelling, they also contribute to the improvement of Life Cycle Costs (LCC). The rear of the new MAN Lion’s City is also unmistakeable. Clear and unique and classically arranged, it enables perfect accessibility to the various components. The new MAN bus design shines through clearly and is highly recognisable.

An example of this is the lights on the front and rear of the bus. It is not just the daytime running lights of the MAN Lion’s City that make use of LED technology. Full-LED main headlights are now available for the first time. The new MAN tail lights are fitted with LEDs as standard. In the interior, indirect and continuous LED lighting, together with optional ambient lighting, create a uniform, contemporary and dynamic lighting design. The lamps impress with their long service life of up to 10,000 operating hours and are also extremely reliable and energy efficient. 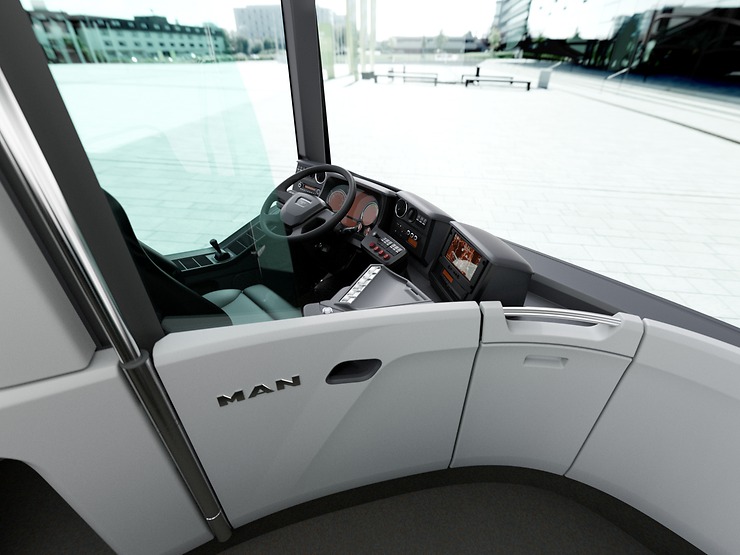 An integrated colour and trim concept in the interior creates a highly contemporary and bright impression that looks neat and tidy and welcoming. A great deal of thought goes into selecting light and dark colours to provide appropriate functional support to functional areas.

The drivers of the new MAN Lion’s City will also find a completely redesigned and optimised space. With a focus on ergonomics, comfort and safety, the positioning of the switches and instruments has brought about an increase in user-friendliness. The high driver’s door and a raised seat improves the driver’s position in relation to the passengers boarding the vehicle.

The MAN Lion’s City will first venture onto the roads in September, when practical testing will begin in several European cities. The new generation of city buses will then be introduced to a selected group of people in March 2018 during its launch.