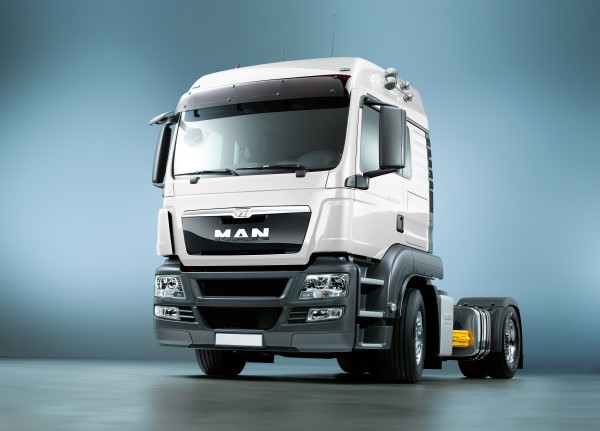 Ten years ago, MAN Truck & Bus laid the foundations for modern, sustainable freight and passenger transport in India with the MAN CLA. The company’s commitment has been borne out by significantly higher unit sales, increased market shares and a marked increase in revenue compared with the previous six months. Furthermore, substantial investments in the development of the CLA series will continue to increase its market presence in the future.

An economic giant has awoken in India in recent years, with an increase in the country’s gross national product of seven percent being recorded in the past year alone. In the context of increasing internationalisation, great opportunities have presented themselves for MAN Truck & Bus to participate in the economic recovery. Against this background, the Munich-based commercial vehicle manufacturer chose to realign parts of its strategy for India. Both the reactivation of the dealer network and the operational improvement of structures and processes as well as the implementation of numerous customer events are just some examples of the company’s new approach.

It has been ten years since MAN entered into a cooperation for a joint venture in India, thus laying the groundwork for further expansion into non-European markets. Shortly afterwards, the first MAN CLA came off the production line at the newly established production facility in Pithampur, India. About half of the vehicles are intended for the domestic market, while the other half are divided between 40 different export markets across Africa, Asia and the Middle East. The product range of the modern CLA series comprises semitrailer tractors with various axle variations and chassis with or without bodywork. In the first five years of the joint venture, the development and localisation of the extensive MAN CLA portfolio took centre stage, together with the establishment of a nationwide sales network. As a logical consequence of this increasing commitment MAN Truck & Bus assumed the remaining shares in the cooperation in 2012 and founded the current MAN Trucks INDIA pvt. Ltd.

The MAN CLA series currently covers tonnages from 15 to 37 tonnes gross vehicle weight. Its modest yet reliable engines and robust chassis, designed to make light work of poor road conditions, mean the CLA series is ideally suited to the markets in Asia, Africa and the Middle East. Just like the engines with high sulphur tolerance and 6S-850 and 9S-1110 ZF gearboxes, the cabs and sleeper cabs likewise originate from the proven LE2000 series. For local and distribution transport, the proven MAN AP axles are preferred, while hypoid axles are available for some of the models in the long-haul version. The CLA series is powered by a 6-cylinder in-line engine with 6.9 litre cubic capacity. The EURO 4 unit boasts 300 HP at 2,300 rpm and features a torque of 1,150 Nm at 1,200–1,800 rpm. As previously, the MAN CLA product range has been successively further developed to ensure that freight and passenger transport continues to be both sustainable and environmentally friendly in the target markets in the future. In the meantime, both the 8×4 chassis and the MAN CLA bus chassis have proven to be successful in day-to-day customer use.

However, business relationships with India have a far longer history. As early as 1936, a Nuremberg sales consultant travelled to India with six E-type truck chassis and D 0534 engines in order to market them there. The visit was a resounding success. After a few weeks, he returned to Germany with an order for 30 additional chassis. Just one year later, the German-Indian dealership was launched in Bombay. In 1958, the first production and assembly agreement was drawn up between MAN and India to cover the assembly of type 415 L1 AR chassis in Jabalpur, with the still legendary product name SHAKTIMAN. More than 70,000 vehicles in this product range were created during this period, of which some are still in use today.