Leading transportation service provider, Lee Ting San Group of Companies (LTS Group) has been named Malaysia’s Cargo Line A (CLA) Customer of the Year 2016 by MAN Truck and Bus. LTS Group is largest container haulier in Malaysia and commands a fleet of close to 1,000 vehicles that support its nationwide and cross-border transportation services. 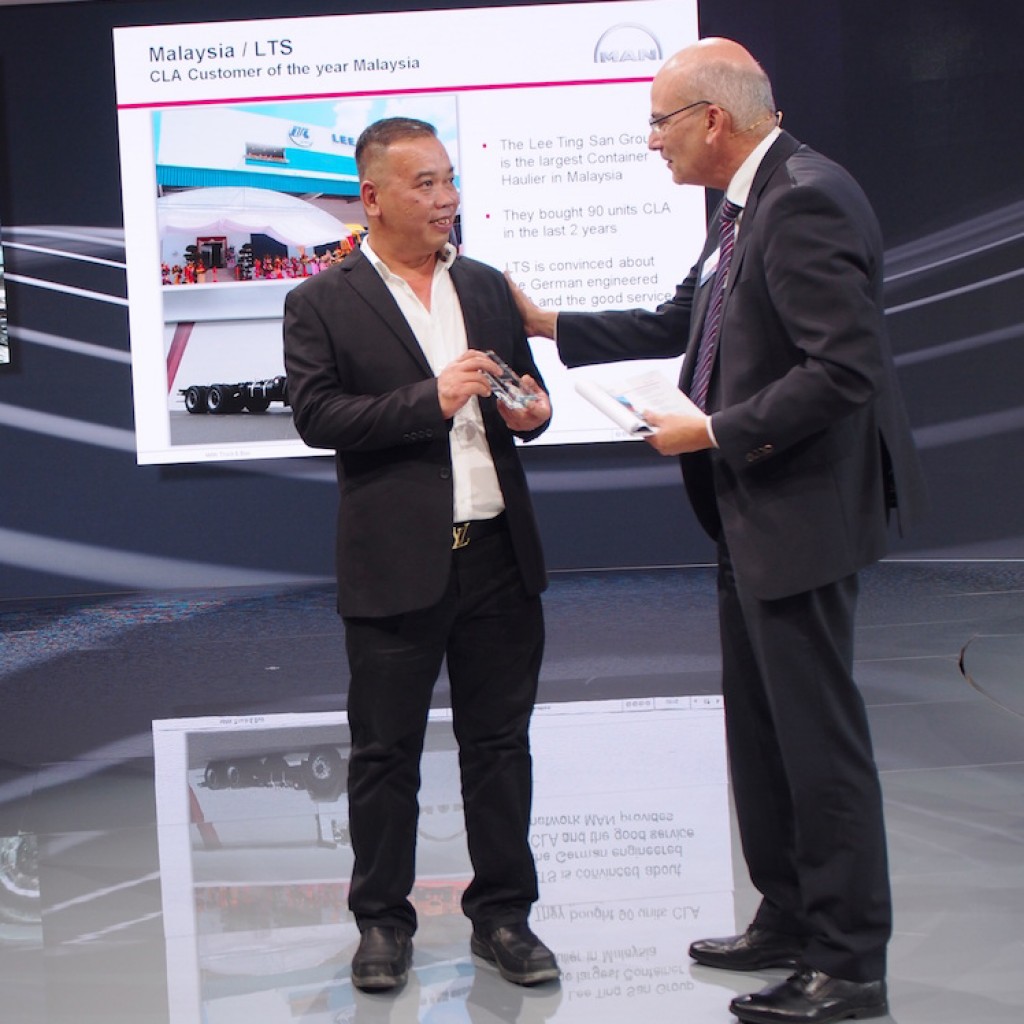 The company has a total of 90 MAN CLA trucks, 40 of which was acquired in 2016 and early this year, it has also expanded its fleet by 70 MAN TGS prime movers. LTS Group was the only award recipient from Malaysia among other MAN award winners from the Latin America, Middle East, Africa and Asia Pacific regions. This is the first year the CLA Customer of the Year recognition is presented to MAN’s biggest CLA customers worldwide.

Lee Kah Chye, CEO of LTS Group who received the award from MAN Truck and Bus at the recently held IAA Commercial Vehicles 2016 (IAA 2016) said “LTS is honored to receive this award. We are thoroughly convinced about the German-engineered CLA and the good service network that MAN provides”.

He was among several senior representatives from 13 haulier, logistics and oil and gas companies from Malaysia that joined MAN Truck and Bus (M) Sdn Bhd to visit the world’s largest commercial vehicles trade show held in Hanover, Germany last month, followed by a visit to MAN’s manufacturing plant in Munich.

With altogether more than 5,500 trucks sold at the IAA, MAN has far exceeded its own expectations. Sales expectations for the IAA were also exceeded in the bus sector. A total of more than 350 vehicles are on the company’s order list. MAN also had the chance to symbolically hand over the 7,500th MAN Lion’s Coach at the IAA. 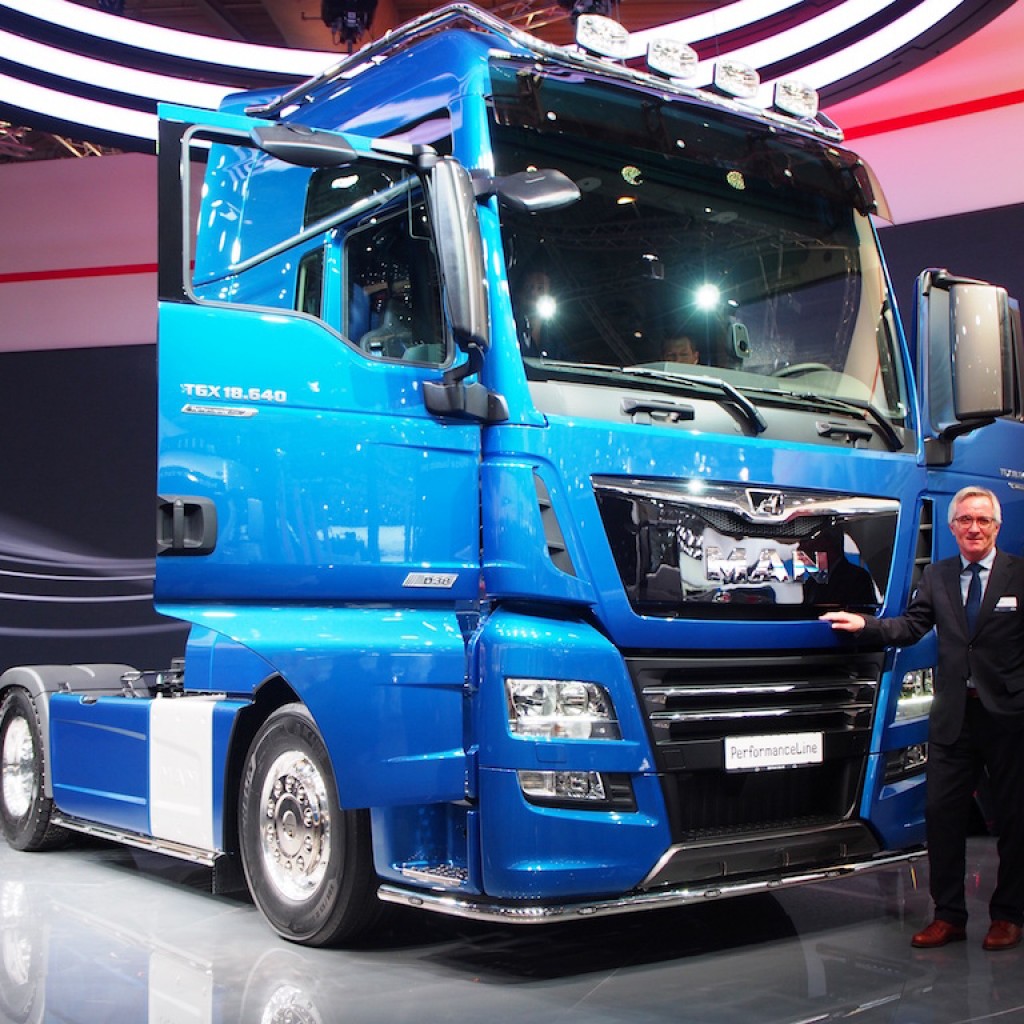 “We are delighted at the trust and confidence that our customers have in MAN Truck and Bus to be a reliable partner in their business. We hope to be able to continue to play a significant role in contributing to an efficient and reliable logistics and transportation system in Malaysia”, said Hartmut Mueller, Managing Director of MAN Truck and Bus (M) Sdn Bhd.