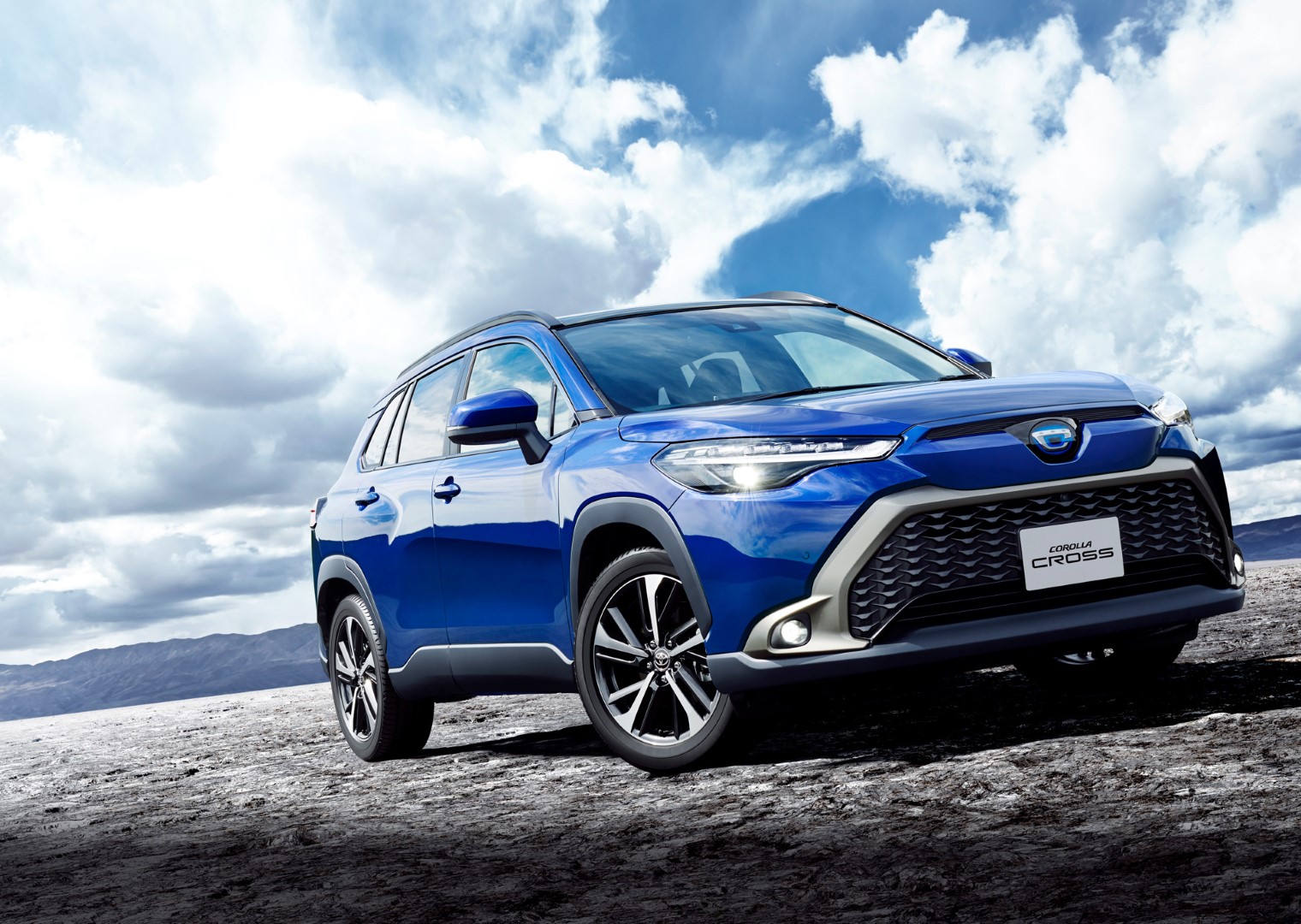 After conquering the Southeast Asia and the United States of America, the Toyota Corolla Cross has finally been launched in its homeland, Japan.

However, the Japan-spec Toyota Corolla Cross here looks quite different compared to what we get in this part of the world, with the most obvious difference being the front fascia.

Exterior of the Toyota Corolla Cross in Japan

Available in a total of eight colours in Japan, the headlights, grille, and the front bumper of the Japan-spec Corolla Cross feature a new design and look much more exciting than our Corolla Cross. The rear end however, looks just like the model sold here.

There is also a Hybrid variant for sale in Japan which delivers class-leading fuel efficiency of 26.2 km/L, and comes with an their E-Four electric 4WD system. Paired to the engines of all variants is the same Super CVT-I transmission.

As for suspension, MacPherson struts are used for the front on all Corolla Cross grades. 2WD grades feature newly developed torsion beams and large rubber bushings in the rear, while the E-Four grades are fitted with a double wishbone setup in the rear.

As for the interior, things are looking quite similar to what we get here. LEDs are used for all cabin illumination, helping to achieve an interior that is somewhat luxurious and sophisticated, but casual at the same time.

All grades of the all-new Corolla Cross in Japan come equipped as standard with the latest edition of Toyota Safety Sense, providing driving support in all aspects of everyday usage scenarios.

Parking Support Brake and Back Guide Monitor are also fitted as standard to all grades, enabling users to drive with peace of mind even in narrow spaces such as car parks.

Plus Support is also available, to control sudden acceleration due to misapplication of the accelerator pedal, whether or not there are obstacles nearby.

The all-new Corolla Cross offers some of the best luggage capacity in its class, with 487 litres available even when seating five.

The large luggage door is set at a height of 720 mm above-ground, to make it easier even for shorter users to load and unload luggage.

And then we have the Hands-free Power Back Door which is operated simply by carrying a key and placing one’s foot under the rear bumper.