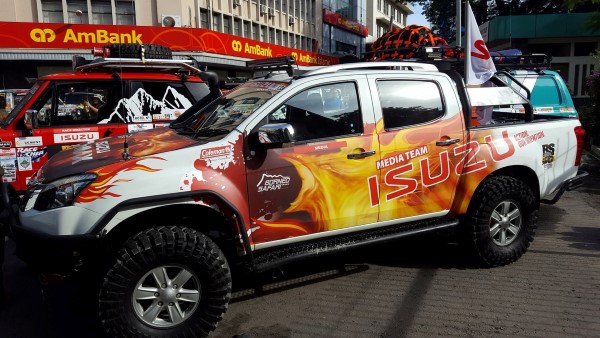 Isuzu Malaysia Sdn Bhd marked the 10th consecutive year of its sponsorship of and participation in Borneo Safari with a four vehicle media team.

The vehicles, carrying 12 invited members of the media from Peninsular Malaysia, Sabah and Sarawak, were flagged-off in Kota Kinabalu this morning. 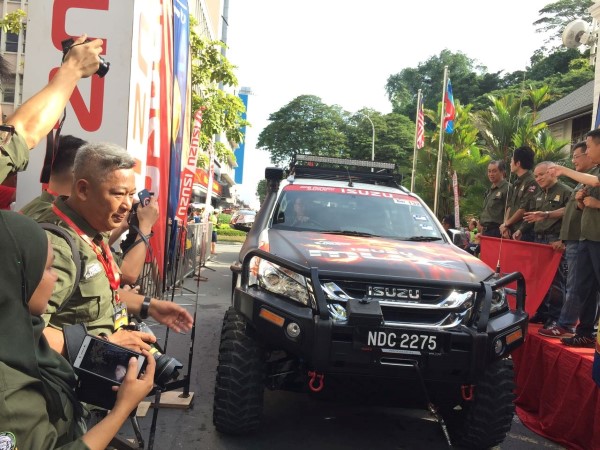 Modifications to the Isuzu mu-X were limited to the exterior as the 2.5-litre VGS turbo Intercooler diesel engine matched to a 5-speed automatic transmission with sequential shift remained stock standard.

Isuzu Malaysia Sdn Bhd Executive Director Hajime Machimura expressed confidence in the ability of the Isuzu mu-X to excel despite the rough terrains and treacherous weather expected in the 2016 Borneo Safari.

“Although it is a lifestyle SUV, the Isuzu mu-X shares the same tough DNA as our Isuzu D-Max pick-up, which has repeatedly proven itself in every edition of Borneo Safari since its debut in 2005.  It is definitely all set for more,” he said.