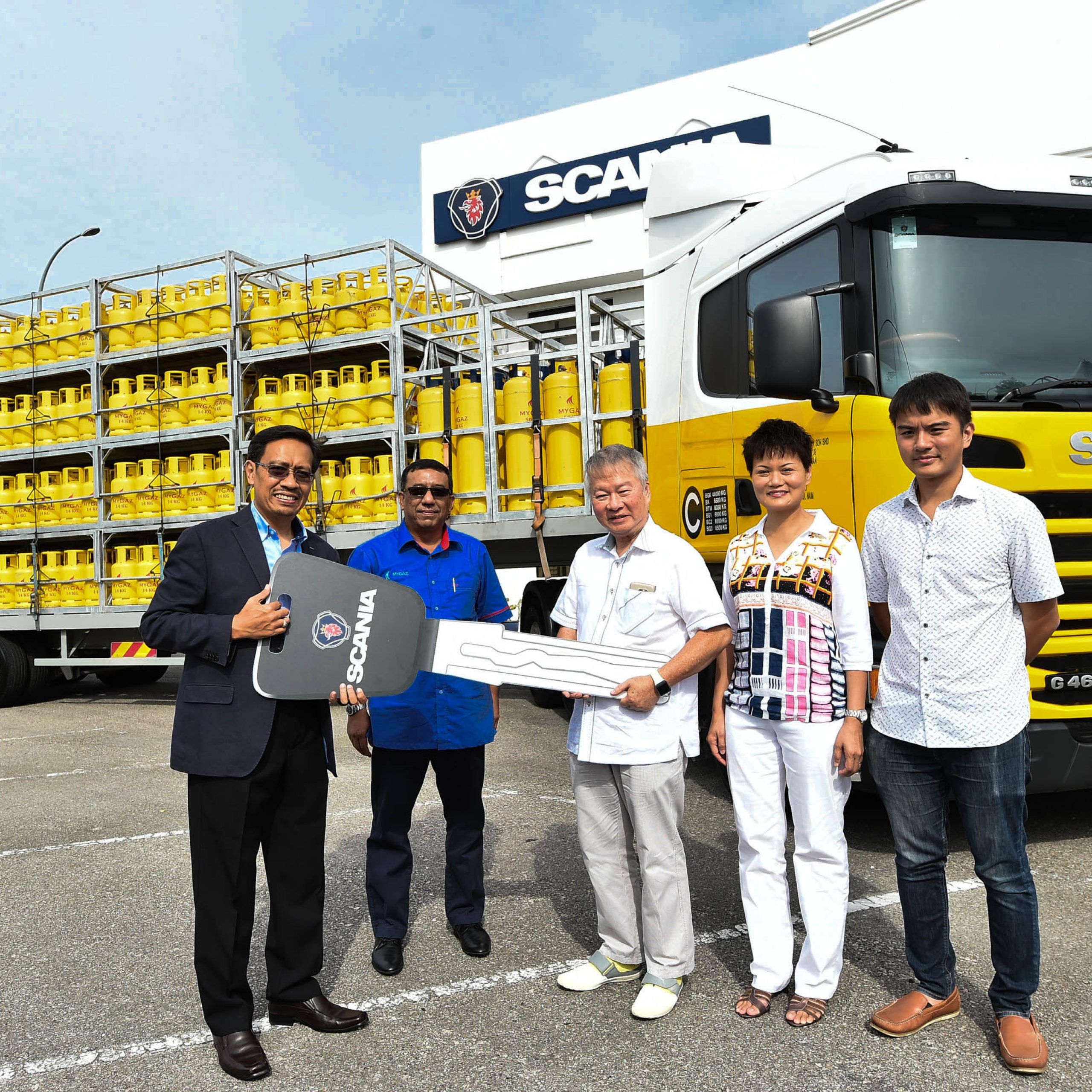 Scania Malaysia handed over the first new Scania truck to Heng Seng & Company (Heng Seng) to take on the exclusive distributorship of MyGaz for the State of Kelantan.

Established in 1941, Heng Seng has been delivering LPG gas for many years and is committed to support MYGaz’s 30 percent increase in production targeted for Kelantan. 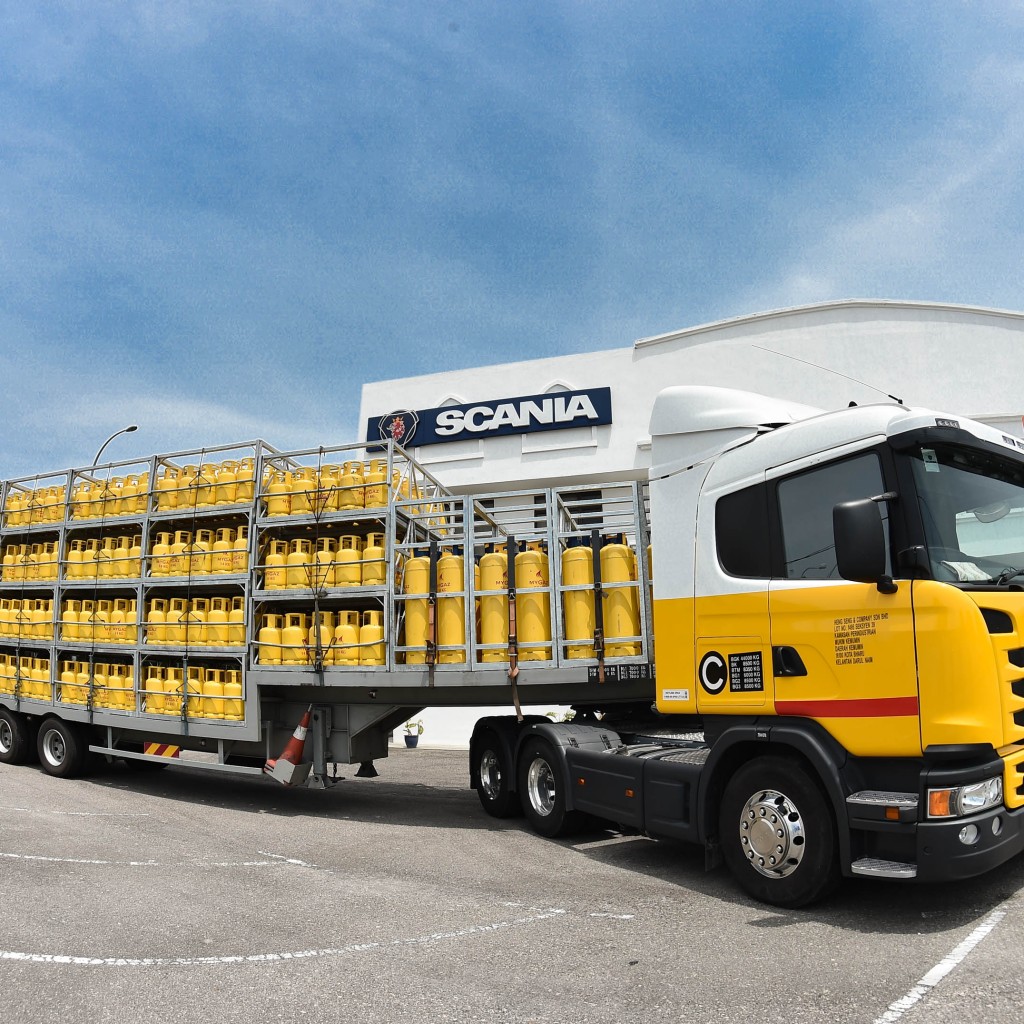 “With the purchase of these 2 new Scania  trucks, Heng Seng will be able to live-up to its distributorship agreement with MyGaz. With its superb performance, Scania trucks have the power to take on such heavy loads while maintaining the safety requirements,” said Edward Tan.

“I consider Scania as a hassle-free one stop solution as processing the hire-purchase requirement from Scania Credit (Malaysia) Sdn. Bhd. was easy, while Scania Malaysia took care of the vehicle preparation and the after-sales provisions right up to delivery,” added Tan. 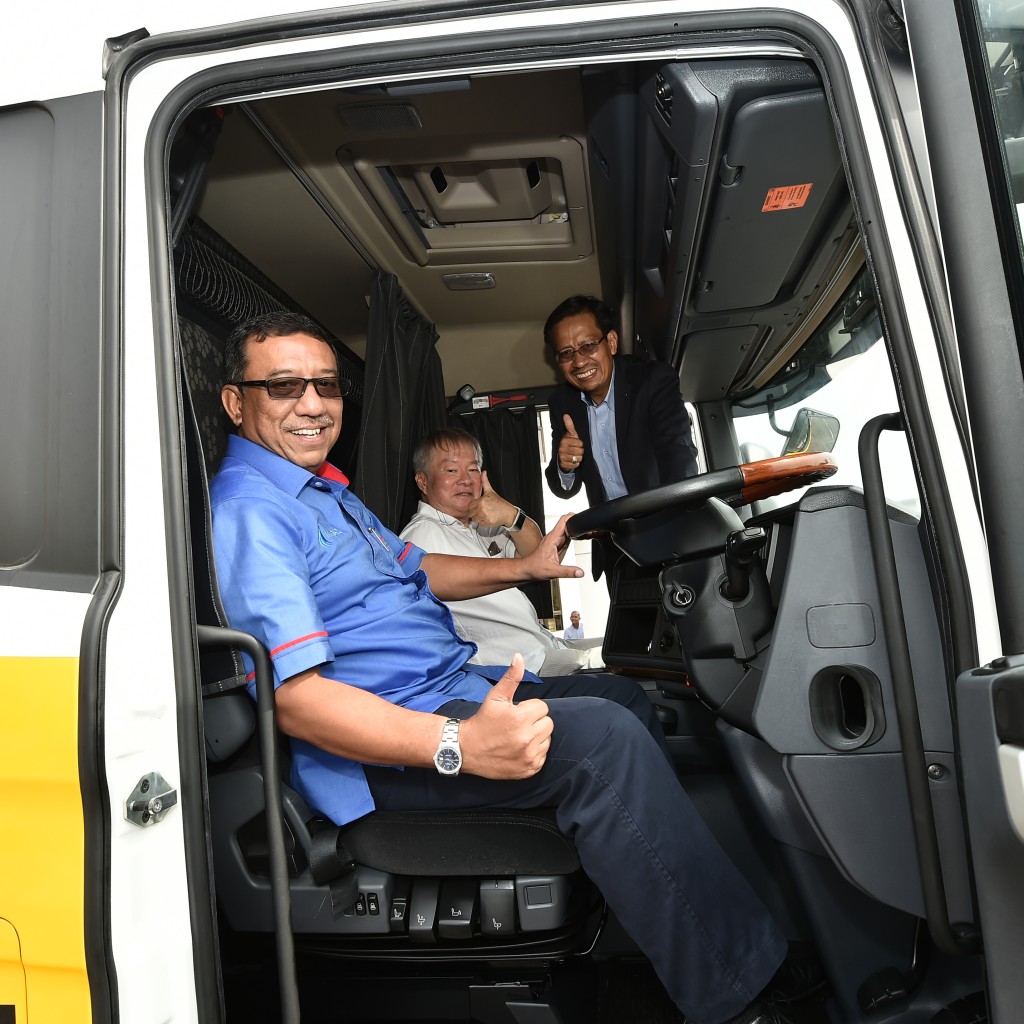 Heng Seng also looks forward to the activation of the Scania Fleet Management System and believes that it’s imperative to have it for monitoring the trucks and drivers’ performances resulting in increased revenue for the company through operational savings.

“While we have the technology in our trucks to give the best fuel economy, safety and environmentally-friendly driving for our customers benefit, we also provide Connected Services such as Vehicle Introduction, Driver Training, Driver Coaching, Driver Support and Fleet Management System. With this combination the driver will be able to use all available features to achieve up to 10% fuel economy,” said Haji Idros.

“Scania sustainable transport solutions will not only offer the best in terms of maximum uptime for all our customers but will also help them in achieving the best profitability in the long-term,” added Idros.