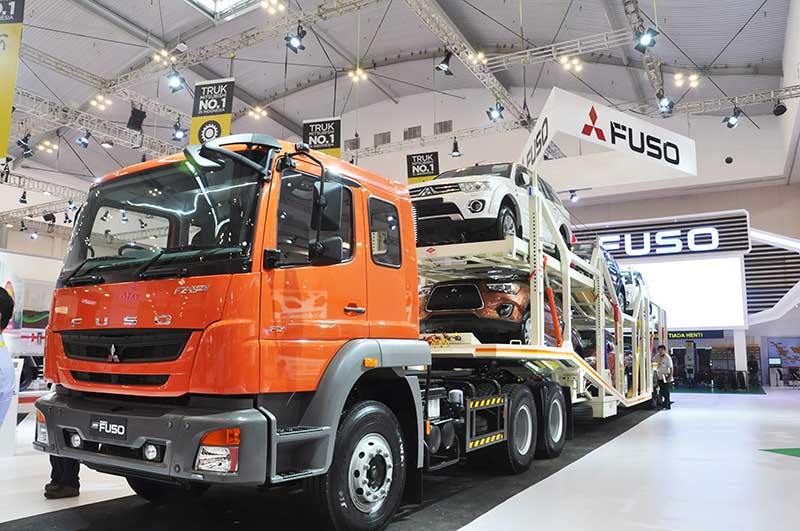 The truck FUSO’s first model to be offered in the medium-heavy-duty truck segment in Indonesia. It will supplement the FI 1217, FJ 2523 and FJ 2528 models, which were introduced from last year, to fulfill the needs of customers and give them a wider choice of vehicles.

In addition to the new mode, P.T. Krama Yudha Tiga Berlian Motors (KTB), the authorized distributor, announced that it is currently enhancing its 24-hour customer service by further introducing “Truck Centers” across Indonesia, where repair and maintenance are provided 24 hours a day.

It is said that this initiative has been undertaken with the concept of “Big Bang Service with Zero Down Time” in mind, which avoids interfering with the operating hours of customers. This breakthrough service for commercial vehicles is aiming for non-stop business opportunities resulting in optimum results and eventually creating maximum customer satisfaction.

Michael Kamper, Senior Vice President and Head of Marketing, Sales and Customer Service of Daimler Trucks Asia, said, “With currently 1.1 million population units, Indonesia is the largest export market for us. We are proud to be a leading brand for 45 years and this proves that we are offering highly reliable products and services. With our local business partner, we want to further increase our market share to around 50 per cent in the medium to long term.”