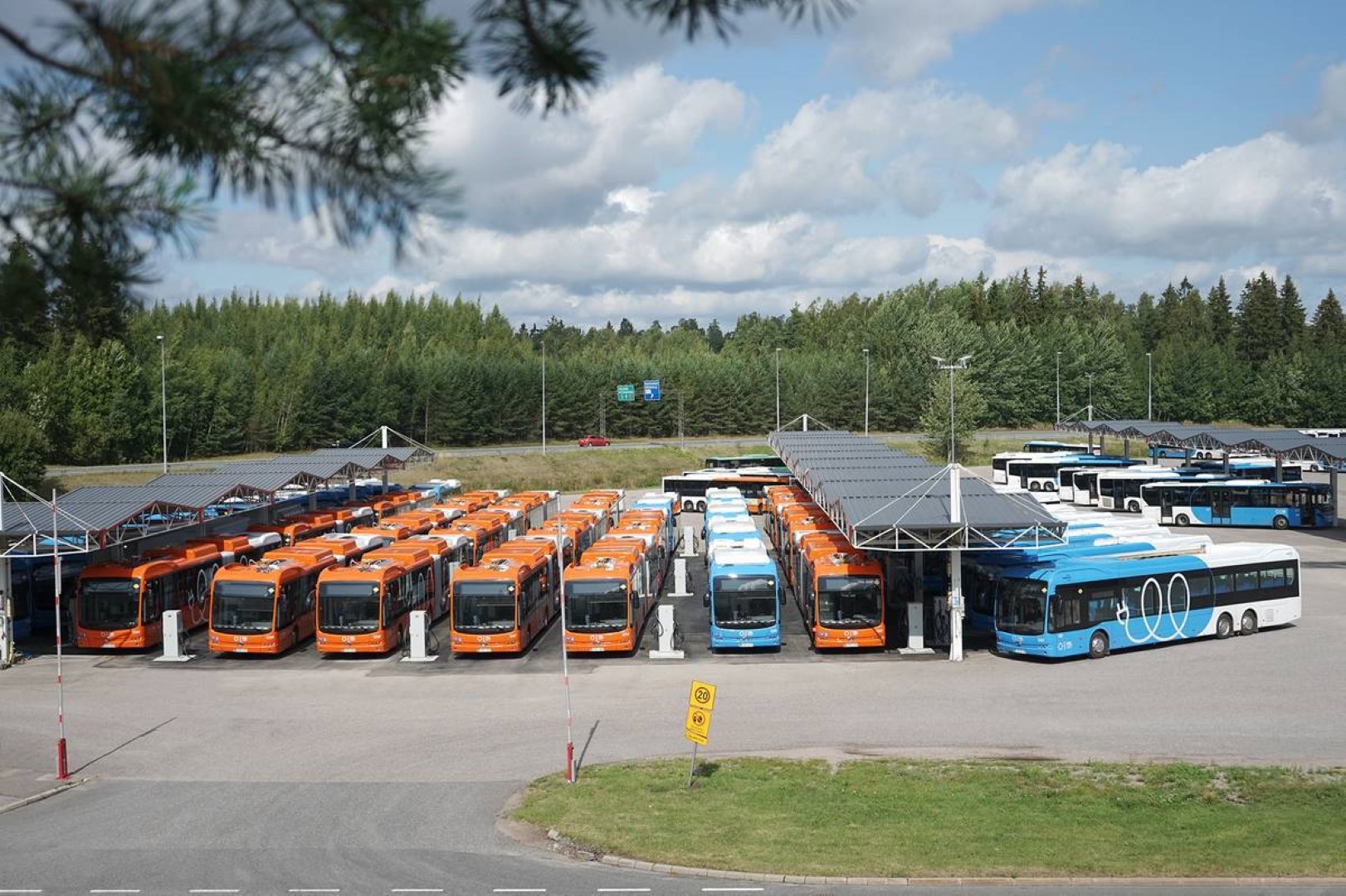 Electric bus manufacturer BYD announced that it has successfully delivered 119 units of electric buses in Finland, making it the largest ever order for electric bus in the country.

Delivered in batches, the buses will be owned by a company called Nobina, which purchased a broad range of BYD eBus models, including 23 units of the best-selling 12-metre model, eight units of BYD’s recently updated 13-metre variant and 44 high-capacity 18-metre articulated buses.

Representing more than half of the buses delivered to Helsinki, the 18-metre articulated eBus boasts a spacious interior capable of carrying 112 passengers and can charge up to 300kW through a roof-mounted pantograph, providing a convenient and efficient recharging process.

Each bus is equipped with a full driver cab surround and BYD’s own Battery Thermal Management System technology to maximise battery life and optimise driving range in the cold conditions often experienced in Finland.

Similarly, to ensure that the ambient temperature on-board the bus is always comfortable, climate pre-heating is fitted for use on early morning starts.

The 119 BYD eBuses for Nobina further underscores BYD’s position as the Nordic region’s leading supplier of electric buses, with nearly 600 vehicles either delivered or on order with public transport operators in over 20 towns and cities throughout Scandinavia.

Collectively, BYD vehicles in Sweden, Norway, Denmark and Finland have covered more than 25 million kilometres, resulting in a 27,000-tonne reduction in CO2 emissions.

With its Scandinavian head-office based in Sweden, BYD’s presence in the Nordic market began in 2015 with the launch of its zero-emissions, pure-electric buses.

This was followed in 2018 by the introduction of the first BYD pure-electric articulated buses in Oslo, Norway. BYD electric buses are now a common sight across the region, with the marque’s popularity demonstrated through positive feedback from multiple PTAs and PTOs.

Petri Auno, the Managing Director of Nobina Finland, said that from mid-August Nobina will be the biggest electric bus operator in Finland, with more than 110 BYD full electric buses working across the Turku and Helsinki regions.

“I am happy and proud of this achievement,” Petri said. “We have had an extremely tight timeframe to deliver the buses and to build the infrastructure ready for operations to begin. With 100% commitment from all the parties, we have been able to hit this most challenging of targets.