Since mid-August, the French made Easymile EZ-10 driverless mini bus has been tested in an open road section in Helsinki. Automated buses have been tested elsewhere in the world, but operation as part of regular street traffic has been rare. In the past week, the project has attracted some 500 viewers and passengers. In the testing, the type of bus was found to be “scary” of real street environment such as irregularly parked cars, overtaking vehicles and nearby passengers.

The organizers of the project Nordic Way have highlighted the open street environment of the tests. But the streets have to be predictable for the bus to venture to the road. If the bus’ sensors find anything unusual, they behave like an inexperienced driver and first slow down and then stop. The make-shift bus stop also had a sign prohibiting “standing at the stop when the bus leaves”. The bus cannot move if it detects something near the bus. While automated buses have been used in closed paths in several cities in the world, operation as part of regular street traffic has been rare. The project manager Harri Santamala told Xinhua the unique aspect in the Finnish test is that automated buses are moving on a regular street. 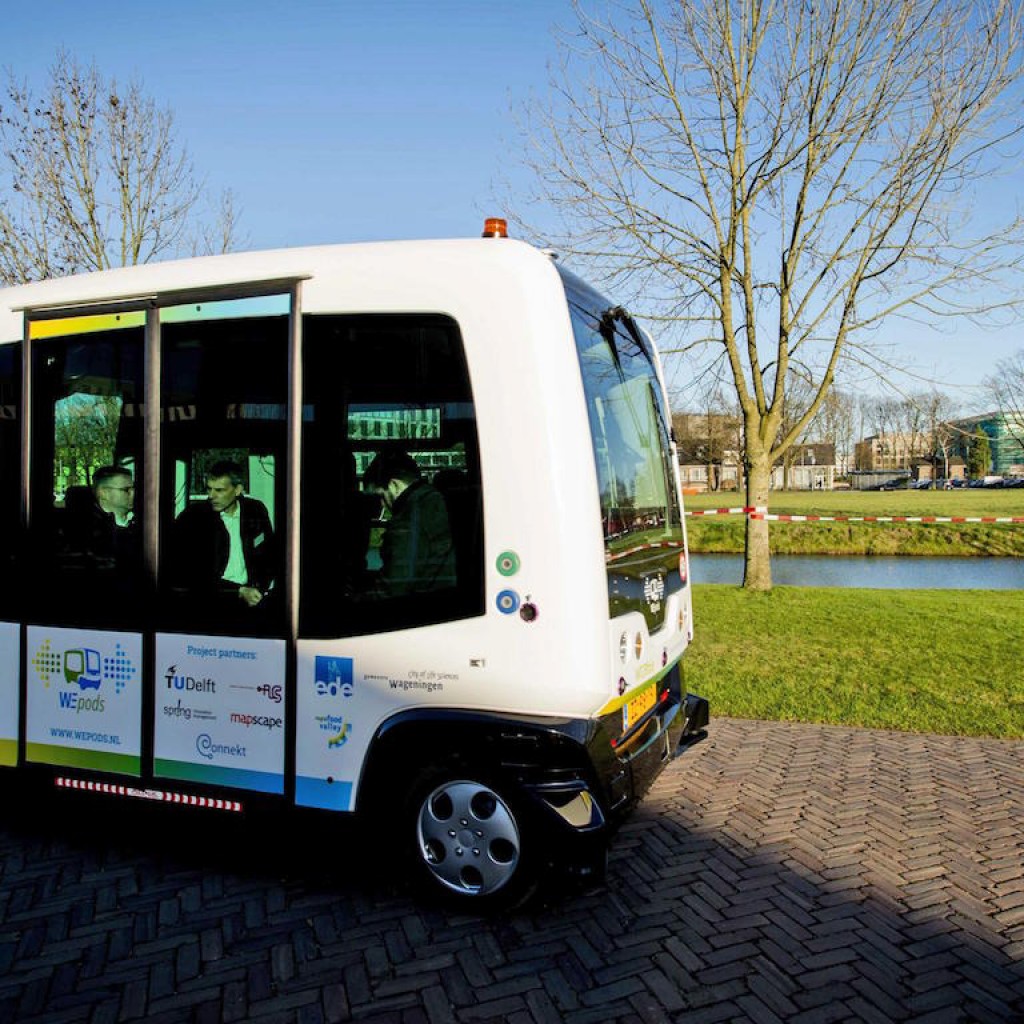 He said the Finnish transport safety authority Trafi allows real environment tests, as Finnish laws do not specifically require automobiles to have a driver. The project offers an open invitation platform that companies can utilize to develop new products and services related to driverless vehicles. One of the companies involved is Nokia

Matti Mustajarvi from Nokia’s Innovation Steering unit told local media last week that the company aims at securing a functioning communication network to serve such an automated car. He said that it was too early to predict what the development leads to, but probably “totally new products” will be developed. Santamala took distance from the idea that automated buses could replace public transit soon. “But they could serve in the feeder systems to transit”, he said. The test buses will leave Helsinki in September and appear in Espoo and Tampere, another two major cities of Finland. Over the winter, the electric vehicles will face inclement winter street conditions.