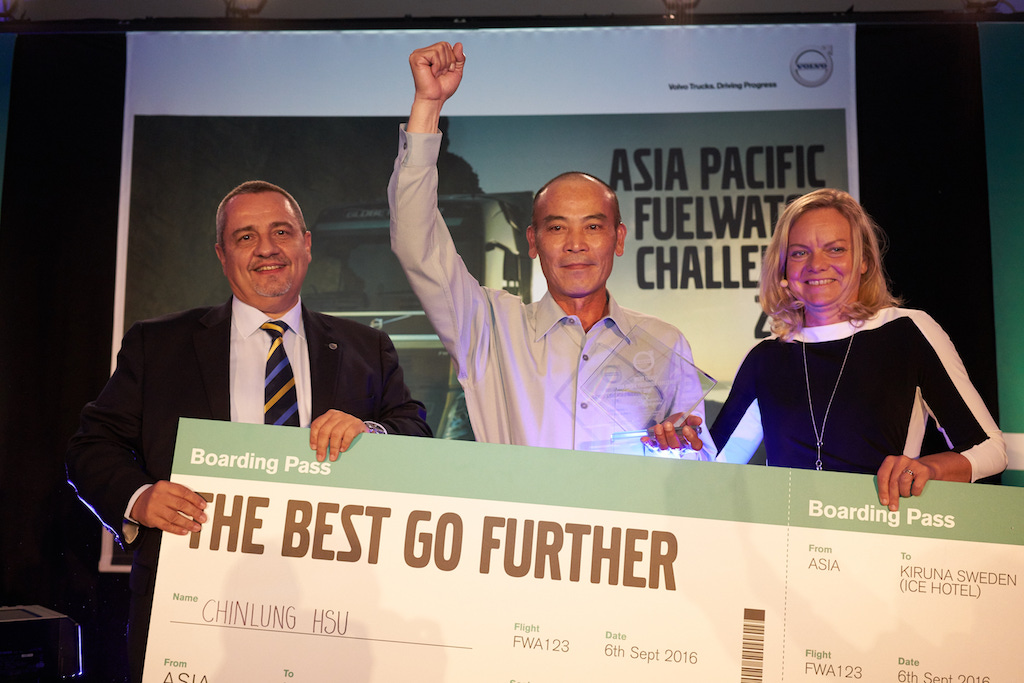 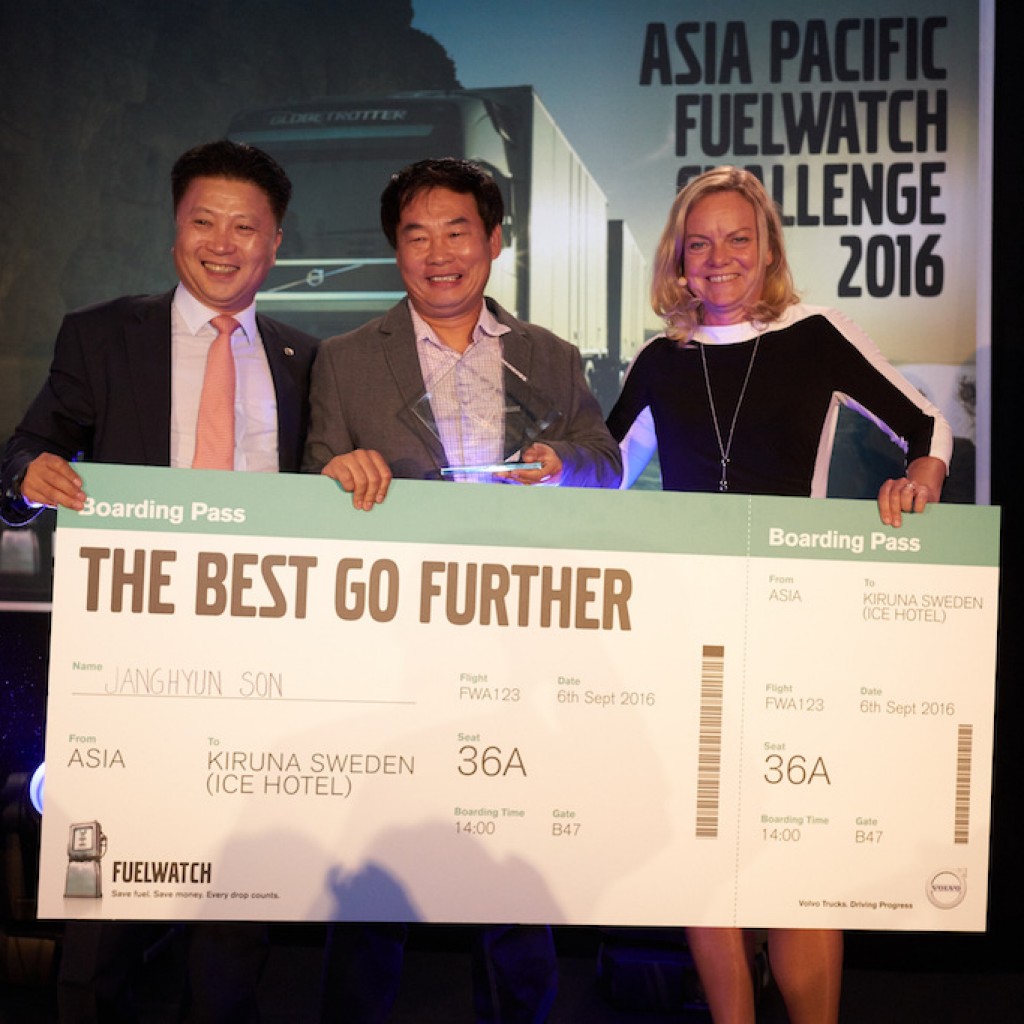 For the tenth consecutive year, the Asian Pacific Fuelwatch Challenge crowned its winners in the annual finals of the event. After a series of national competitions across the region, fourteen top contenders met for a decisive race at the Falkenberg Racetrack in Sweden, the home country of Volvo Trucks. Following superb performances in their respective categories, Mr Hsu Chin-lung and Mr Janghyun Son were announced as the top most fuel-efficient drivers of the Asia Pacific region. 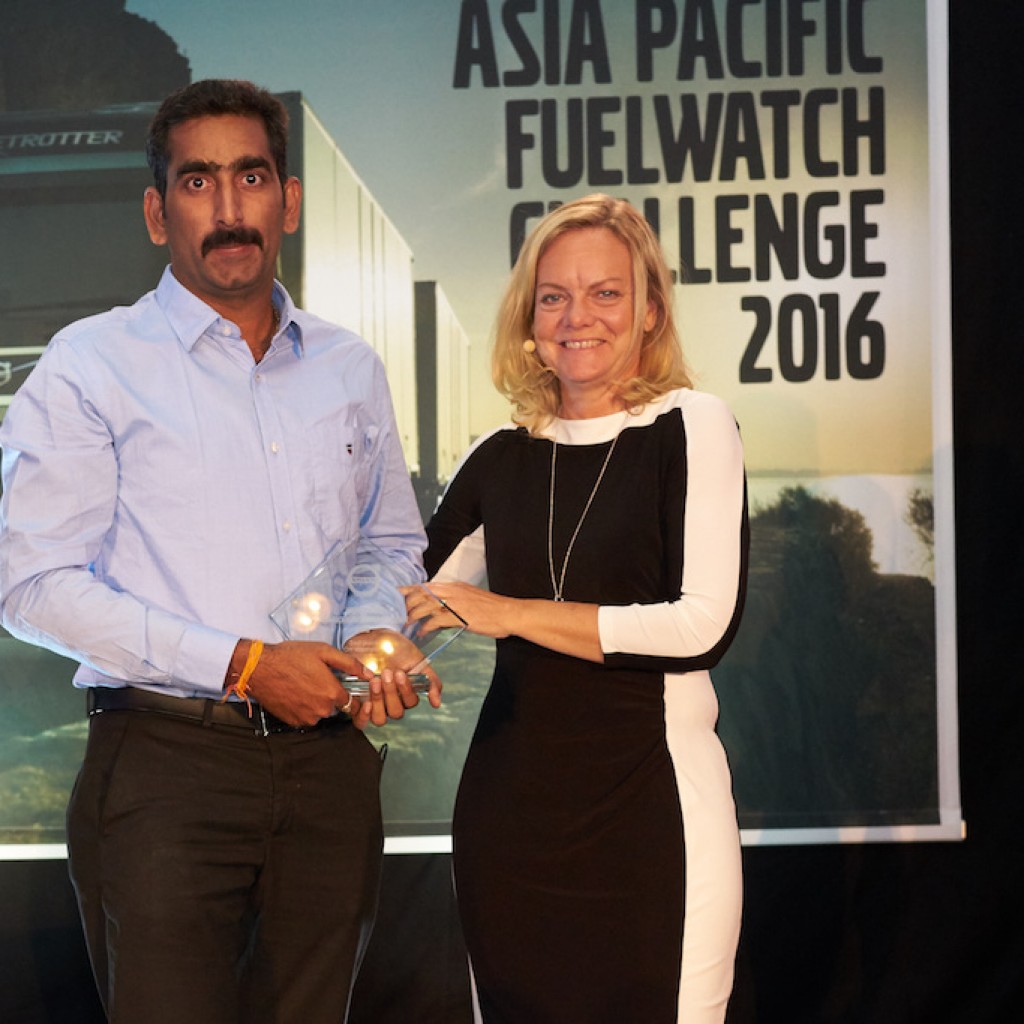 The finals saw the contestants attending a one-day training session on fuel-efficient driving techniques and technical expertise, followed by the Asia Pacific Fuelwatch Challenge grand finals on the second day.  Mr Hsu Chin-lung is a professional driver at a big Transport company of Petrol Chemistry, Industry indicators in Taiwan. He is joined by Mr Janghyun Son who was awarded the most fuel-efficient driver in the off-road segment. He is driving a truck and owner of Moa ICT transporting aggregate, construction waste. 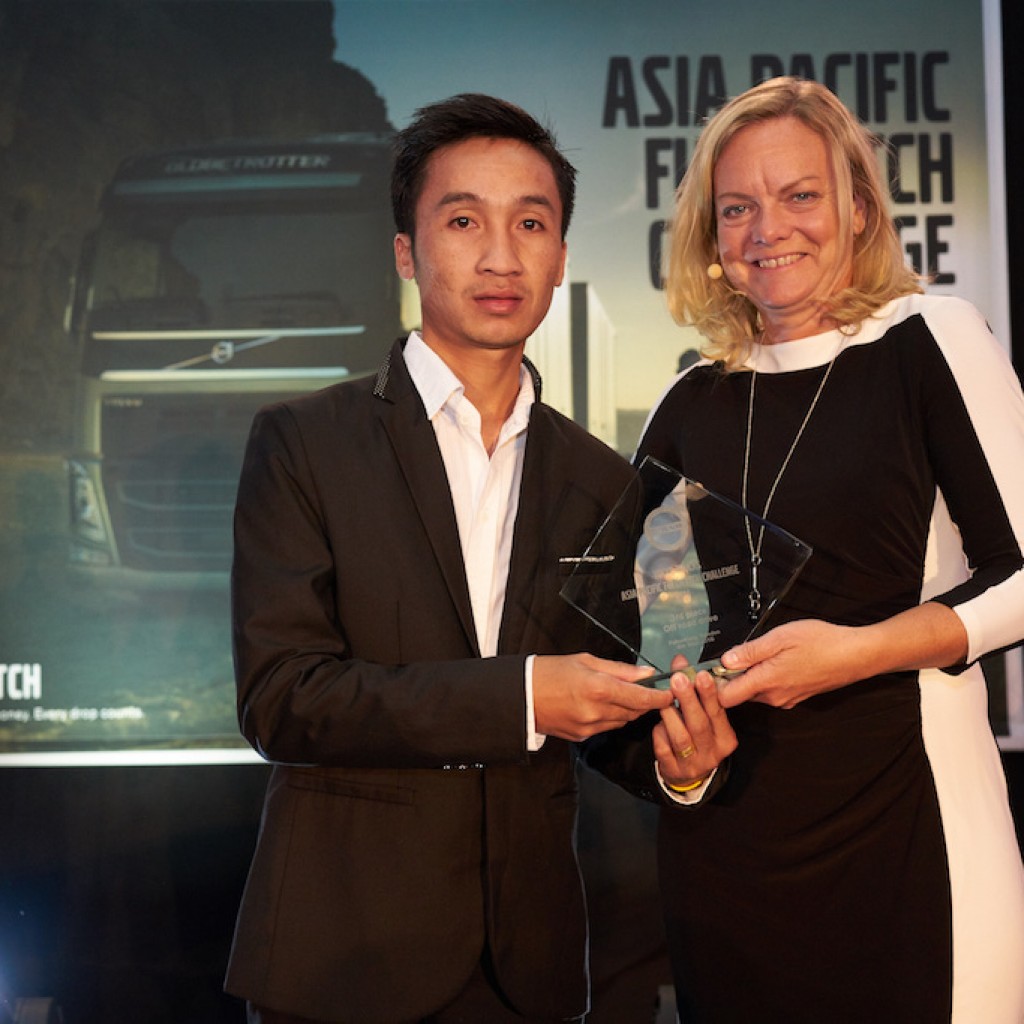 Initiated by Volvo Trucks, global leader in sustainable transport solutions, the Fuelwatch Challenge is a competition in fuel efficiency and driver productivity that has become a mainstay event of the industry. It brings together technology and care, with the best trucks and the best drivers, to highlight the massive impact of fuel economy on operating costs and sustainability for the transport industry. 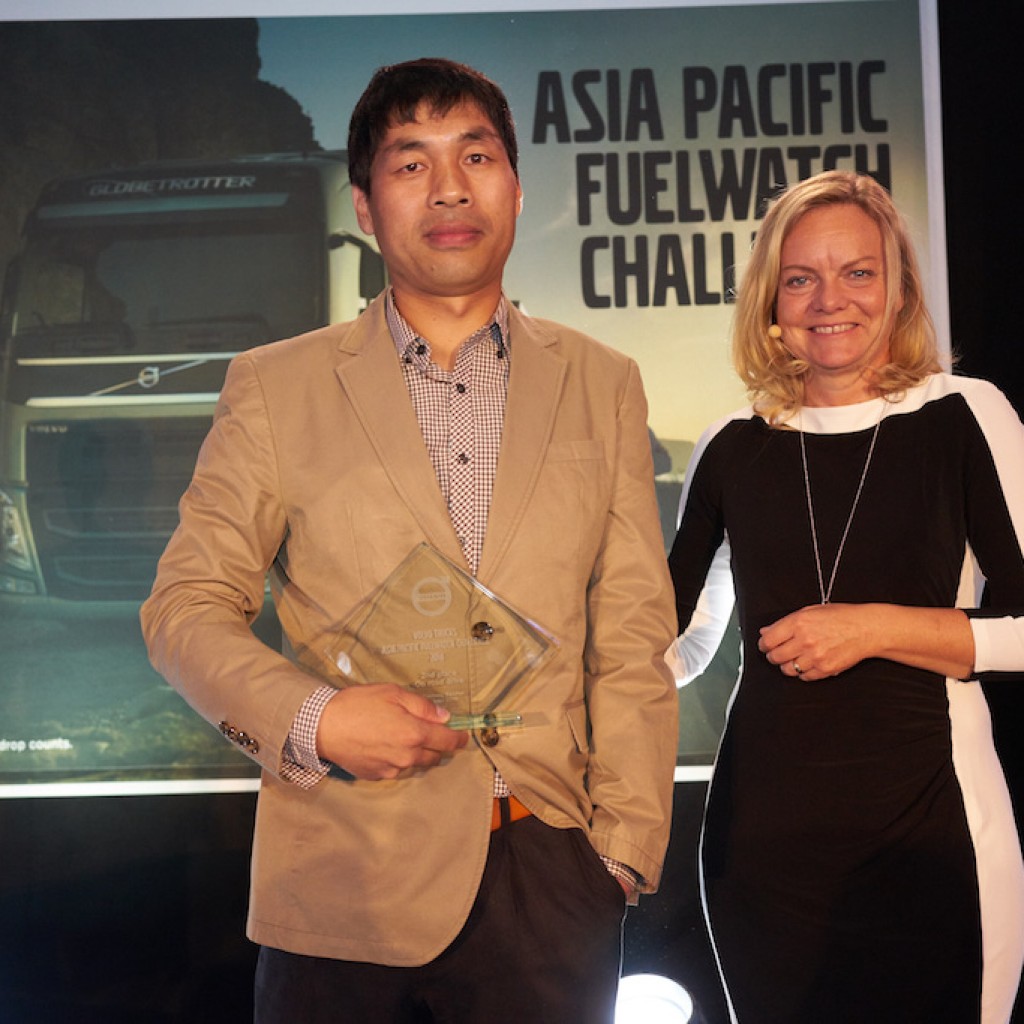 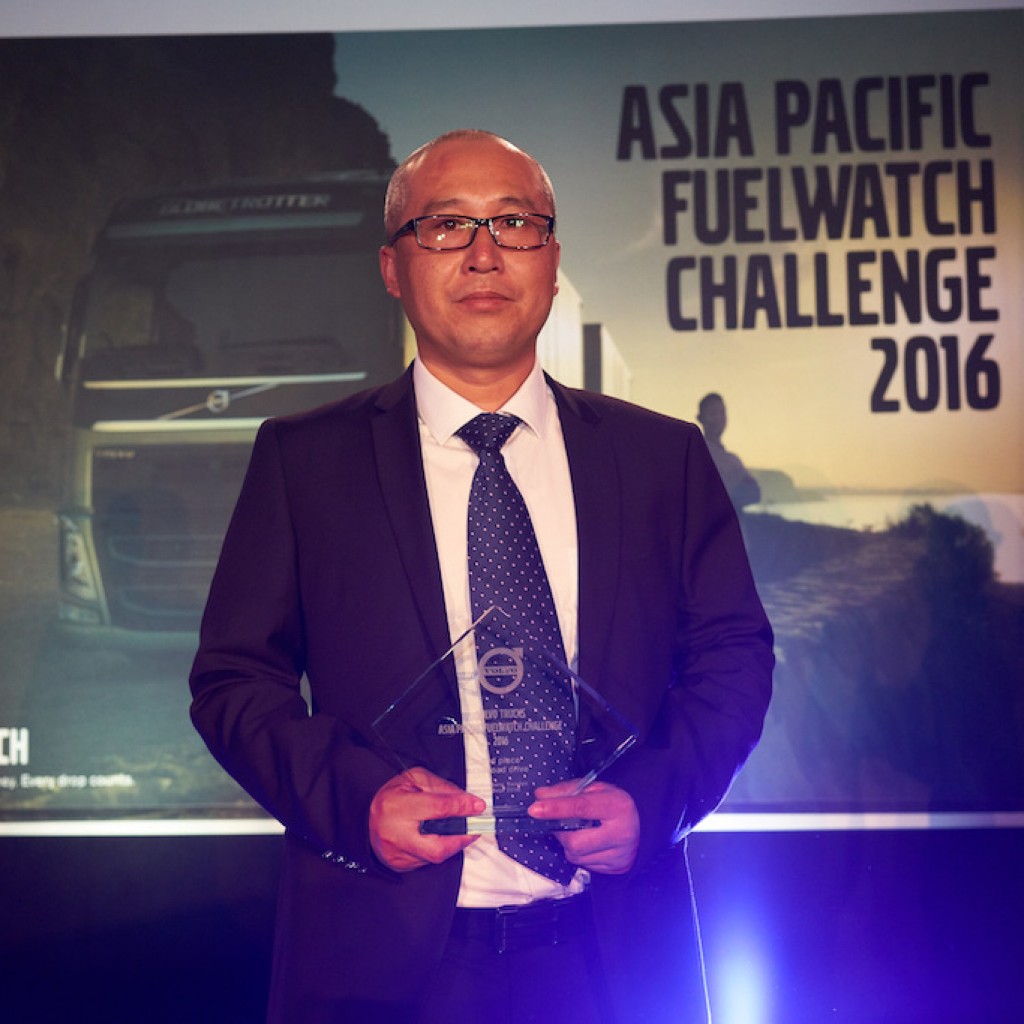 More than a competition, the Fuelwatch Challenge showcases real-world cost benefits for companies and industries, whilst positively impacting the environment and society-at-large. The role that drivers play is integral to achieving optimal fuel efficiency. Each edition of the competition continues to reinforce that training, coupled with insights from Dynafleet telematics, can significantly improve drivers’ performance and benefit businesses in the long run. 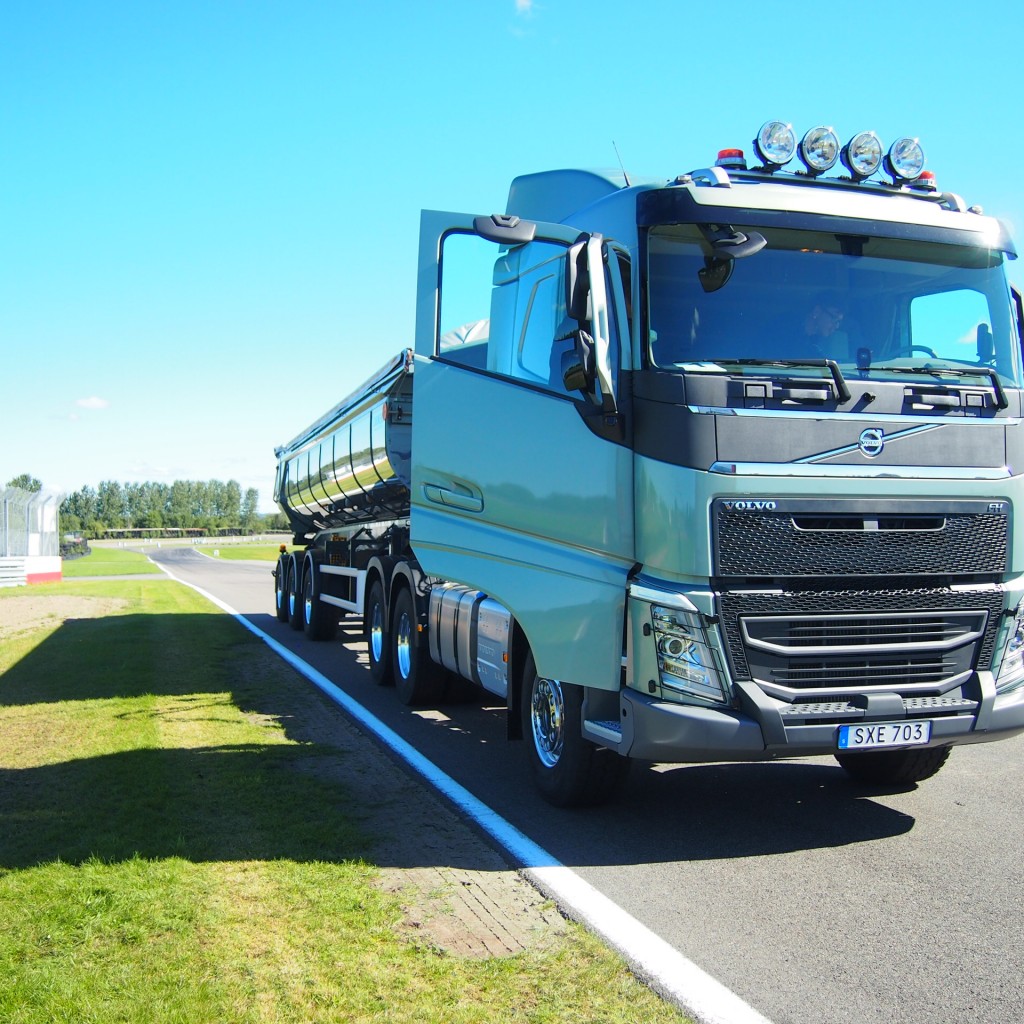 Expressing both joy and relief after their winning performances, the two champions fought hard to find the words to describe their feelings. The champion of on-road APAC Fuelwatch Challenge 2016 said: “I was not expecting this, but I am very proud and overwhelmed with what I have achieved. I am now aiming to keep the good work continuing to the global final.” And his fellow champion Mr Janghyun Son continued by stating: “It’s an honor to be able to participate in the Volvo Trucks APAC Fuelwatch Final as a representative of Korea.  And I am so happy. If anyone would ask me what the secret is, I would just say to sit back, relax, and then trust your truck. It’s Volvo!”.

To win the title of the most fuel-efficient driver in the on-road category at this year’s Asia Pacific Fuelwatch Challenge, Mr Hsu Chin-lung clocked 32% less fuel compared to the highest amount of fuel burnt at the event.

In the off-road category, Mr Janghyun Son clinched the top prize with a notable achievement of 14 % less fuel consumption relative to fellow contestants.

Translated into a real-world context, the fuel-efficiency margins recorded in the on-road and off-road finals would inarguably offer significant cost savings potential as well as major benefits for the environment.

Congratulating the winners on their achievements, Heléne Mellquist, President of Volvo Trucks International, added: “The great performances offered by our contestants underline the importance of the driver when it comes to achieving optimal fuel efficiency. This competition is all about sharing insights to improve drivers’ performance and benefit businesses in the long run.”

The mission of the Asia Pacific Fuelwatch Challenge is to optimize performance at minimum cost to businesses, society and the environment. Since its inaugural event in 2007, more than 15,000 participants have become ambassadors of the Fuelwatch community, sharing skills and technical knowledge picked up at the event to promote a more fuel-efficient industry. For drivers to go further, for the industry to maximize profitability, and for society to drive real and sustainable change – every drop counts.