Red Bull is no stranger to cool videos. This time it s a chase through a peaceful Finnish countryside. The rabbit that is trying to get away is a VW Polo WRC race car piloted by Jari-Matti Latvala, a winning rally driver. This car won the Finnish rally three times. Vehicle in pursuit is a rally-spec Kamaz 4326 piloted by Airat Mardeev, a successful rally racer in his own right. The Kamaz is best known as the king (or czar) of the grueling Dakar rally, although the team struggled at the event in recent years. Jari-Matti is practically playing in his backyard, when Airat brings his giant (20,000+ lbs) racing semi truck to join the fun. Well, it may be fun for us to watch, but the two drivers share no emotion. They casually race on a narrow forest road, the iconic Ouninpohja rally stage, at neck breaking speeds.

World Rally Championship race cars are all-wheel-drive speed demons that pack around 318 horsepower. The rally-spec Kamaz packs a specially prepared Liebherr diesel motor that puts down close to 1,000 horsepower. Both guys catch big air, but the big Kamaz appears to easily keep up with the quick VW WRC car. 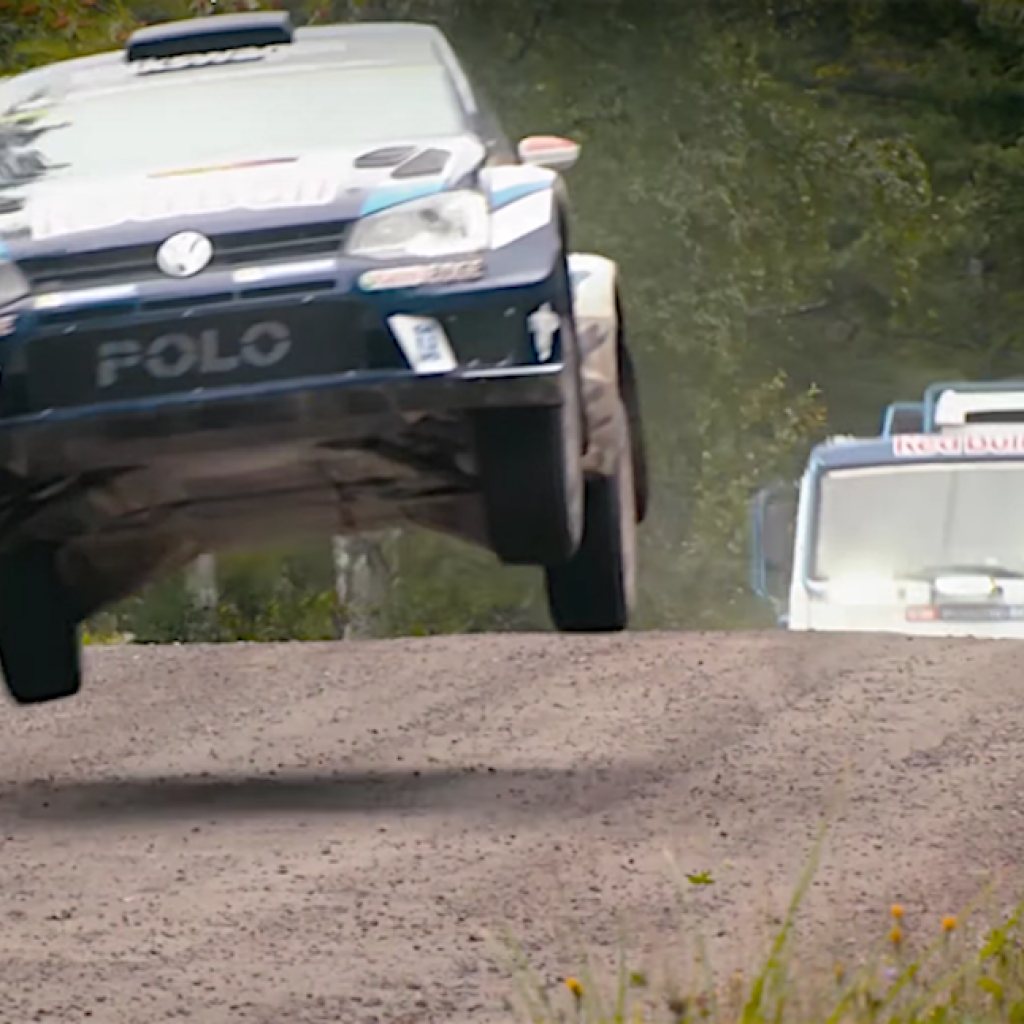 Check out this quick and fun chase video (produced and distributed by Red Bull).