This new Infiniti Diesel with the new generation of additives that ‘Clean Up’ and ‘Keep Clean’ is available at more than 110 BHPetrol stations in Peninsular Malaysia. The price of BHPetrol Infiniti Diesel Euro-2M is RM1.75 per litre (as of October 1st 2016) and for BHPetrol Infiniti Euro-5 Diesel, it is just 10 sen more per litre. These prices are set in accordance with the managed pricing system which is reviewed on a monthly basis by the government.

Initially available in Johor, BHPetrol began to make available the cleaner fuel at selected stations in the Klang Valley and Melaka and then in other states in Peninsular Malaysia. Today, over 110 BHPetrol stations sell Euro-5 Diesel – that is more than half the total number of stations in the country offering fuel of the same grade. 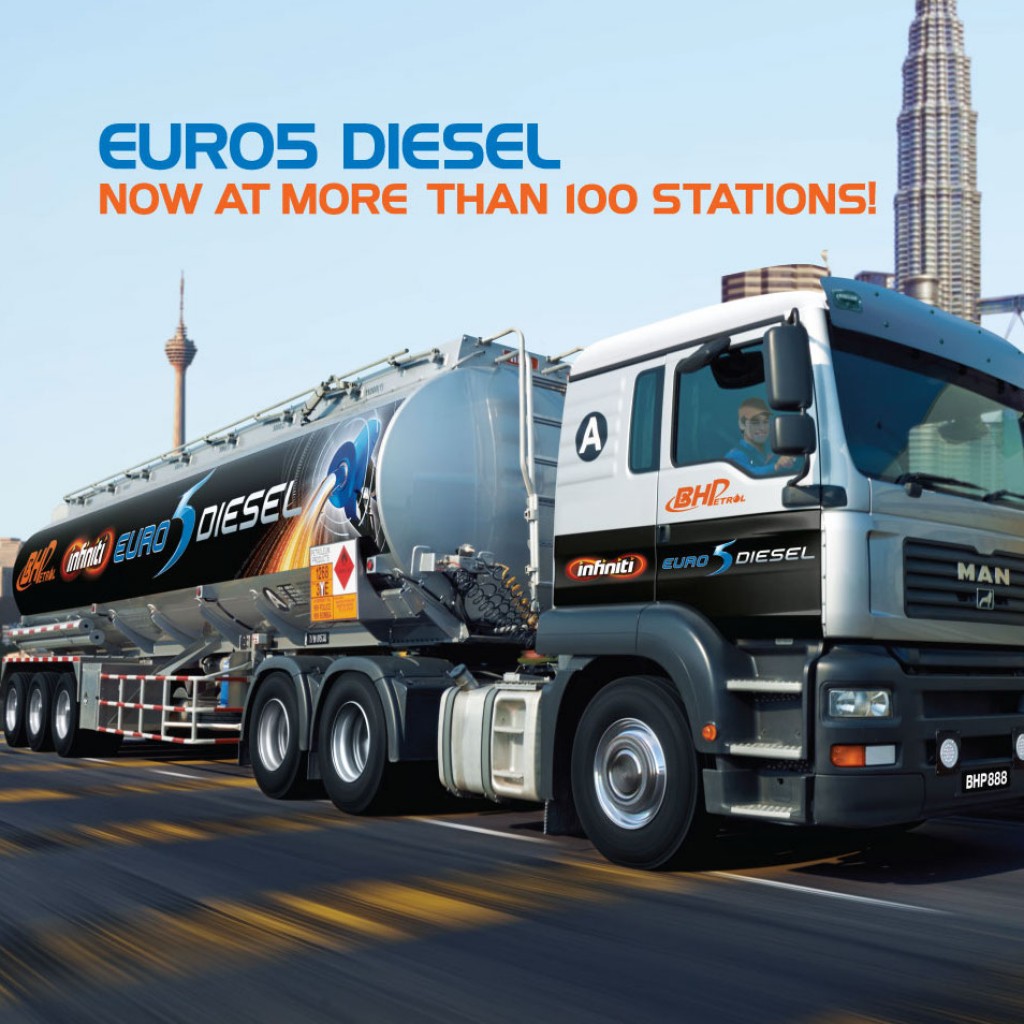 Consumers can get more information on BHPetrol products and services and the location of all its stations at www.bhpetrol.com.my.