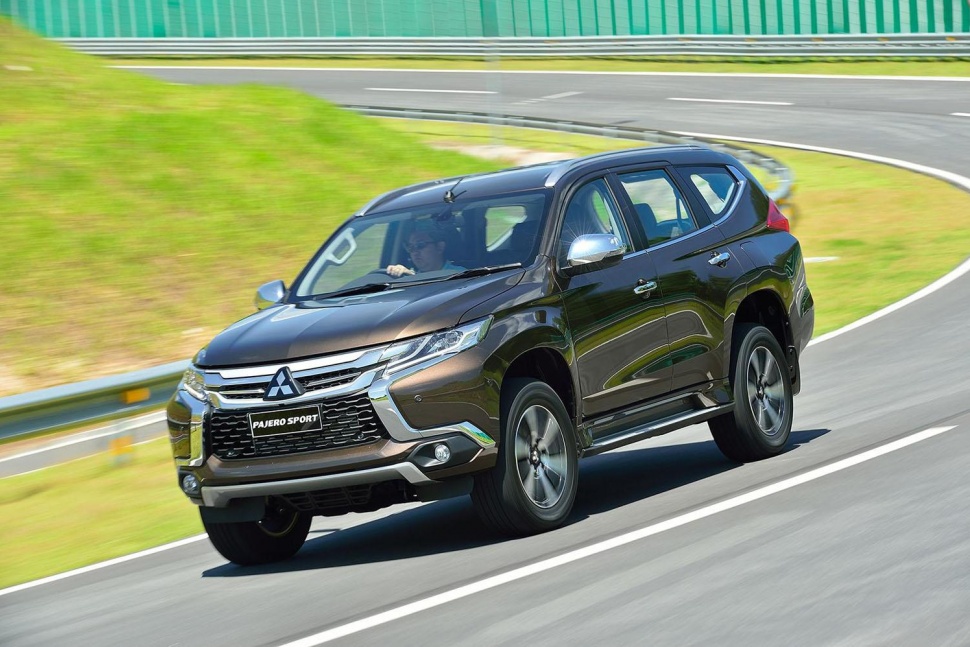 Mitsubishi Motors Corporation (MMC) announced the first full-redesign of the Pajero Sport mid-size SUV in seven years in Thailand, where it is produced at Mitsubishi Motors (Thailand) Co. Ltd.’s Laem Chabang Plant. Sales start in Thailand from this fall, and MMC plans to introduce the all-new Pajero Sport sequentially in Australia, the ASEAN nations, the Middle East, Africa, Latin America and Russia and, as with its predecessor, to sell the new model in some 90 countries.

The all-new Pajero Sport is a new-generation mid-size SUV developed to a “Stylish & Comfortable Off-road SUV” concept. A full-feature off-road SUV inheriting the best of the Pajero brand, the all-new Pajero Sport brings with it a refined and high-quality exterior design, high-quality vehicle performance and a comfortable interior, environmental performance on a par with the best in its class, and a comprehensive advanced safety features.

In its appearance, the all-new Pajero Sport uses the MMC’s new “Dynamic Shield” front face design concept, a further evolution of the design nurtured in successive models of the Pajero series. The high-quality stylish design uses both sporty and dynamic elements to set it apart from conventional cross-country SUVs. The interior uses a high console proportion dashboard, as befits a larger SUV, while dynamically styled silver-finish ornamentation and sculpted seats add to its luxurious feel.

Handling stability, ride and quietness have all been improved through optimization of the suspension and improvements to the body mounts. In addition, the use of a new diesel engine and upgraded sound insulation provide a significant reduction in interior noise and this together with further upgraded comfortable seats and climate control system has achieved an interior space offering a higher level of comfort. 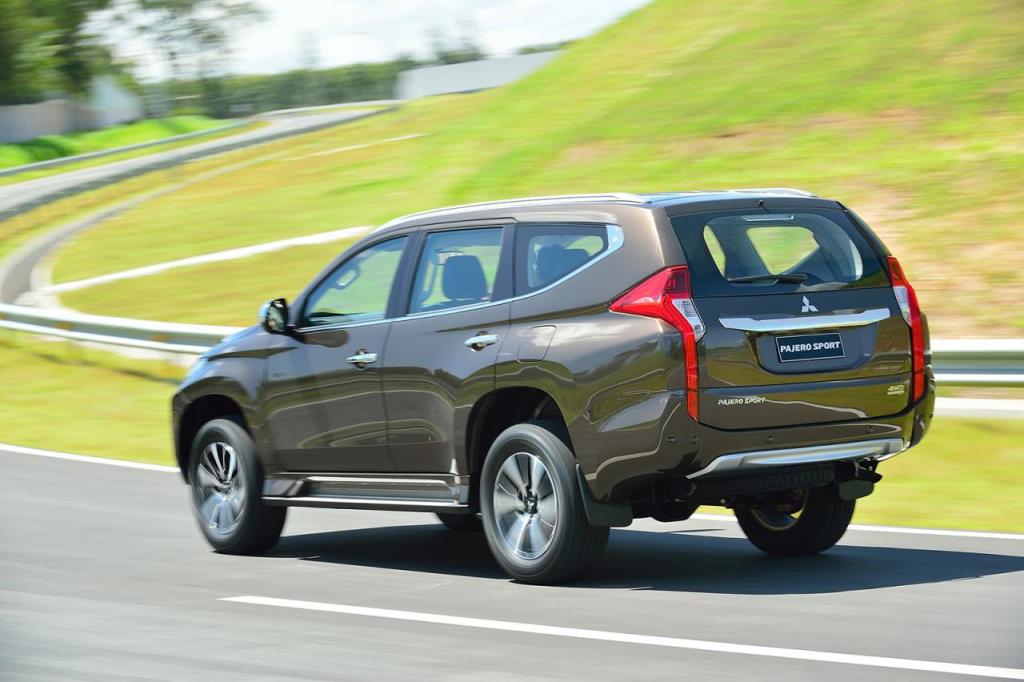 The all-new Pajero Sport is powered by a 2.4L MIVEC turbo diesel engine (first for a Pajero Sport). Mated to a new 8-speed automatic transmission (first for a Mitsubishi model) developed for the all-new Pajero Sport, this powertrain returns a 17-percent improvement in fuel economy over its predecessor. It also achieves CO2 emissions of under 200 g/km which puts it into the lowest bracket of the new excise tax structure to be introduced in Thailand in January 2016.

The all-new Pajero Sport comes with a very comprehensive active and passive safety features. MMC’s own RISE impact safety body design and a total of seven SRS airbags provide occupants with outstanding passive safety. Active safety features include Forward Collision Mitigation system (FCM), the Blind Spot Warning system (BSW, a first on a Mitsubishi model) and the Ultrasonic misacceleration Mitigation System (UMS). In addition the all-new Pajero Sport is fitted with many advanced features which go well beyond what normally found in this class such as an electric parking brake (first on a Mitsubishi model), a Multi-around Monitor and fully automatic climate control allowing different temperatures to be set for driver and front seat passenger.

The all-new Pajero Sport uses a further-evolved version of MMC’s own Super-Select 4WD-II four-wheel drive system. This is complemented by the new Off-road Mode (first on a Mitsubishi model), which gives even better all-terrain performance and stability as the road surface requires, and by Hill Descent Control (first on a Mitsubishi model). Together with its greater wading depth, all these features combine to provide the kind of bad road or flooded surface performance only to be found in the Pajero brand. 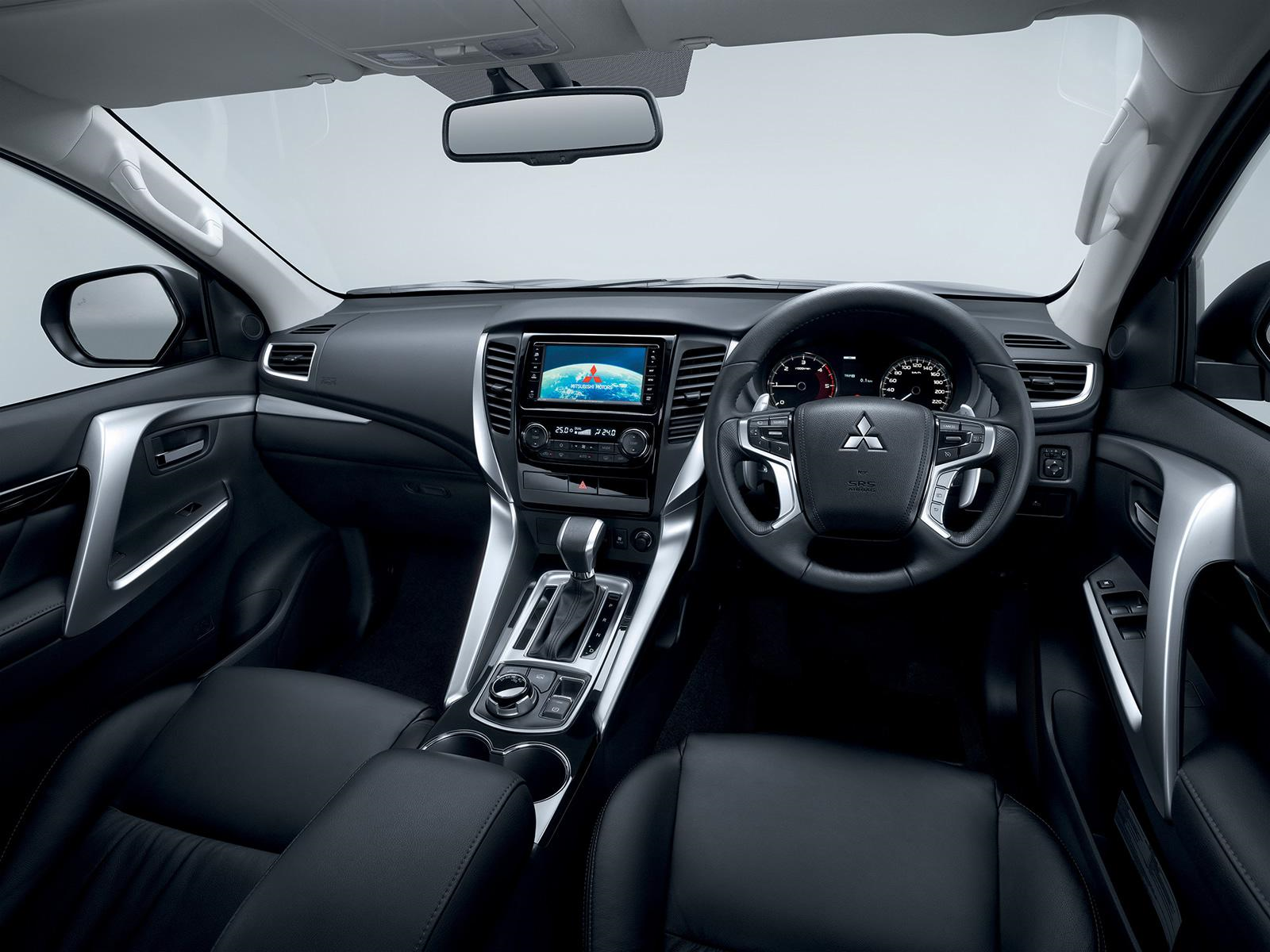 The production of the previous Pajero Sport started in Thailand in 2008 and it was launched in Russia same year, after which it was rolled out sequentially in Thailand, the ASEAN nations, the Middle East, Africa, Latin America, Australia and China. Local production of the model also began in Brazil in January 2011, in Vietnam in July 2011, Bangladesh in August 2011, in Russia in July 2013 and in China in October 2013. Cumulative unit sales had reached some 400,000 at the end of June 2015 and today the Pajero Sport enjoys a broad user base in a wide spectrum of regions.