A Racetruck is faster than a Porsche 911 to 100mph 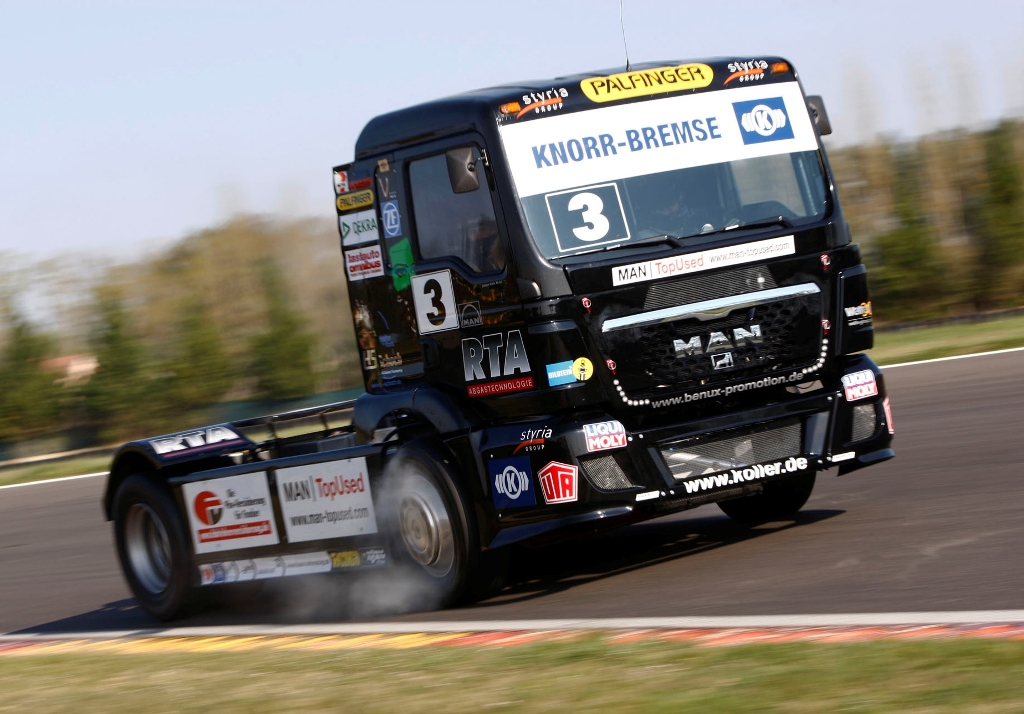 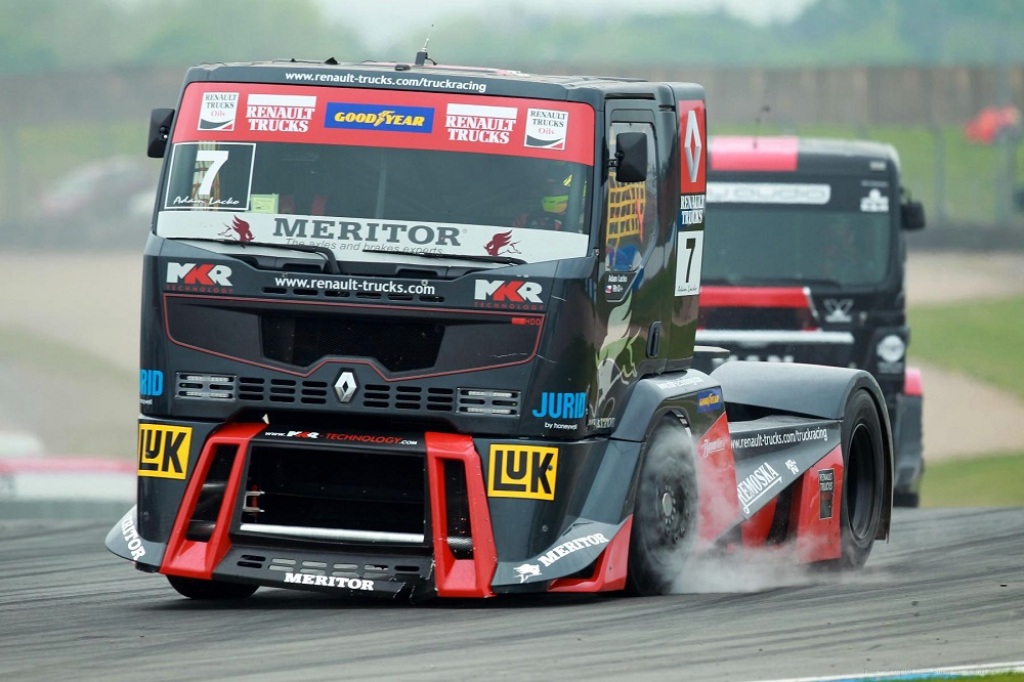 Although it may sound silly, it is important to note that Racetrucks don’t compete with a trailer attached. A question that has been asked… In fact in the early days of the sport during the mid 1980s, the majority of competitors were actually racing road-going trucks. The Italian winner of the very first Donington event arrived with a fully loaded trailer, unhooked it, collected the silverware – and on Monday morning was back on the road to deliver his load. 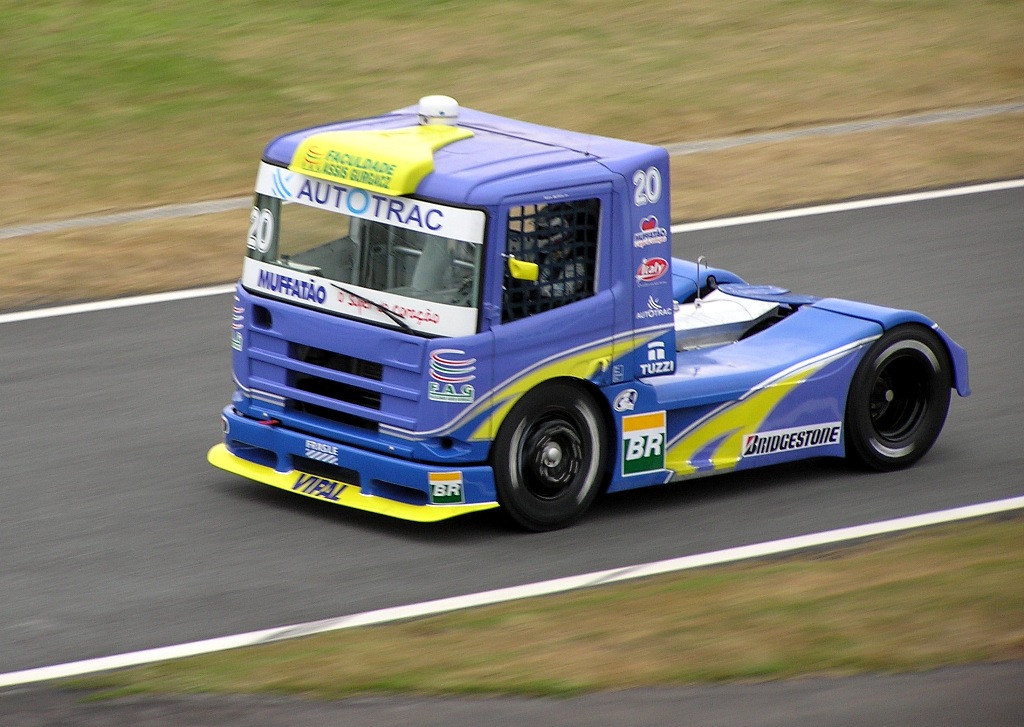 But the sport has moved on a great deal in the past two decades and the machines used nowadays are a far cry from their road-going cousins. Just as in every form of motorsport the main objective when preparing a Racetruck is to make it go faster, but truck racing also has some regulations that make it equally important not to go too fast.

Due to the sheer size and weight of these speedy six-wheelers – minimum weight limit is 5500kgs – right from the beginning of the sport a maximum speed limit of 100mph (160km/h) was enforced for safety reasons.

One side-effect of this rule is that the racing tends to be extremely close. No-one can run away into the distance purely because of a superior top speed. Of course this places a premium on acceleration and braking – something a modern Racetruck excels at.

The 12-litre turbocharged diesel engines used by the majority of the field are tuned up to produce in excess of 1000 horsepower, which is more than double the output of even the most powerful road version. Combined with the vast torque figure of over 3000Nm, this gives the Racetrucks amazing straightline performance.

From a rolling start – standing starts are not used in truck racing – a Racetruck is capable of out-accelerating a Porsche 911 up to 100mph. It’s stopping power isn’t too shabby either; thanks to water-cooled disc brakes and six, super-sticky racing tyres.

Of course, when on a track barely wide enough to place two of these vehicles side-by-side, the task of overtaking becomes pretty tough, especially when the entire pack is equipped with the same potent machines and the same desire to defend their position.

Officially, truck racing is a non-contact formula, but the truth is that bumps, scrapes and exchanges of paintwork are a regular part of the action and just as in Touring Car racing it’s this physical aspect of the sport that helps to attract enormous audiences. 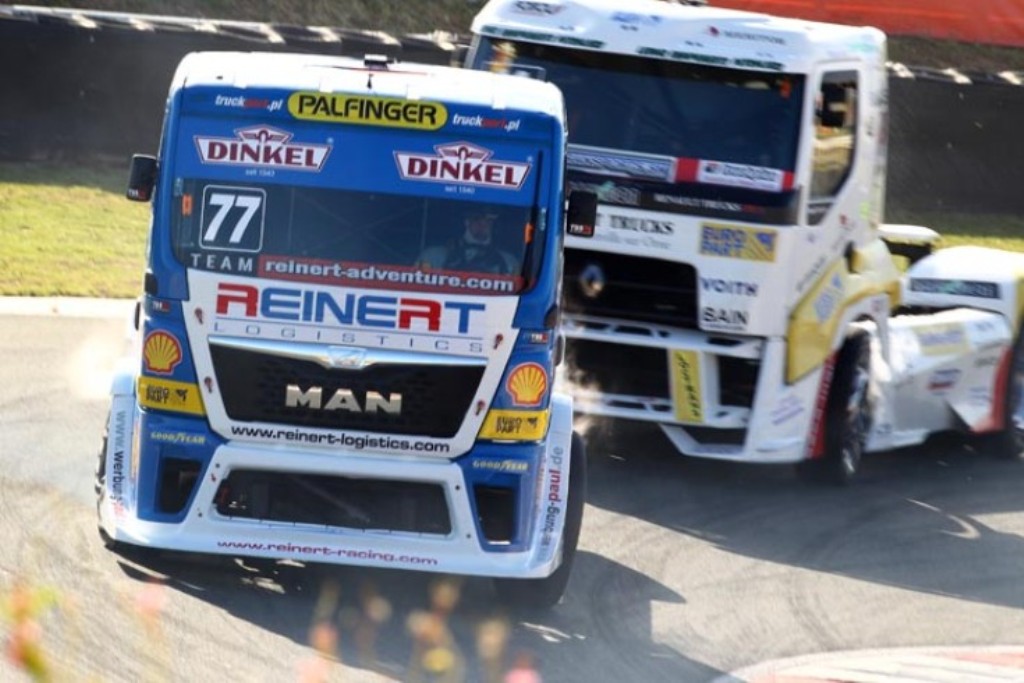