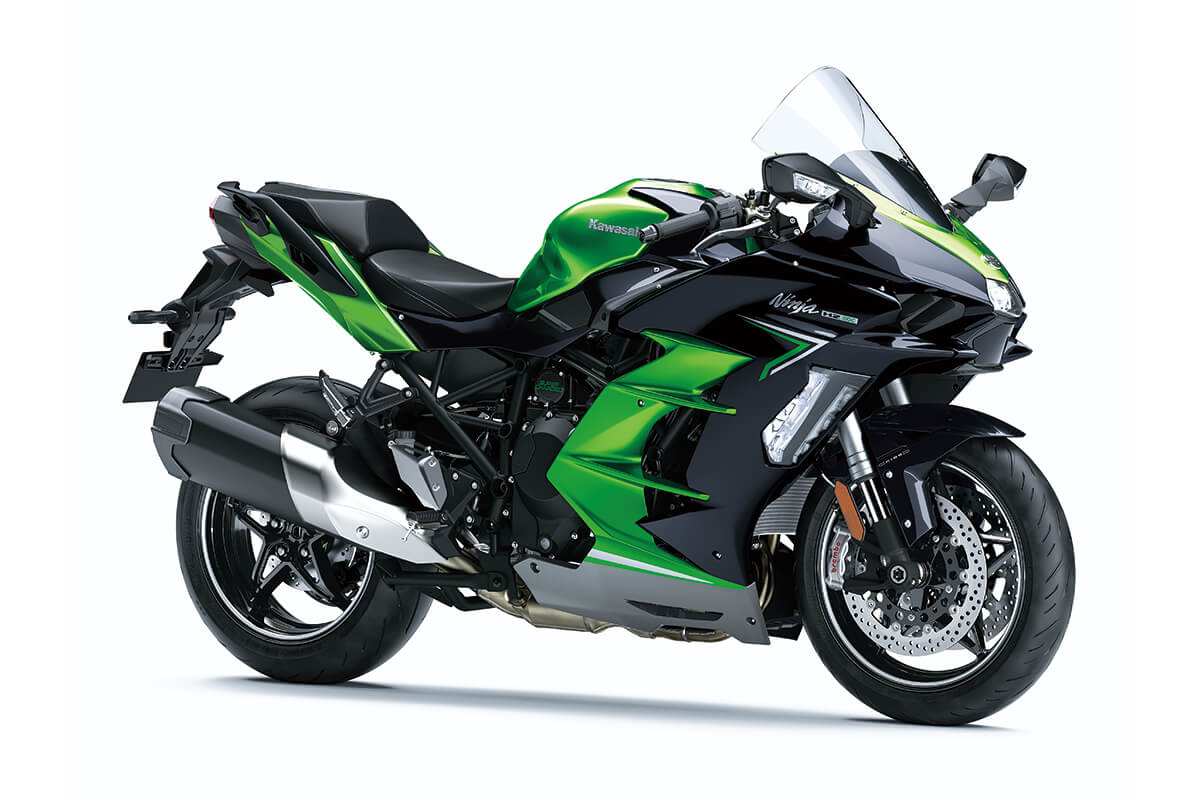 This year’s edition of the world’s biggest motorcycle exhibition, the EICMA exhibition just closed its doors a couple of days ago, after hosting all the major bike and bicycle manufacturers and their latest offerings for 2021.

One of the funkiest booths at the show was of course, Kawasaki’s with the ever-cool black and green theme.

Other new functions include Vehicle Hold Assist (VHA), which provides supplementary brake force when stopped, and an Emergency Stop Signal (ESS), which causes the brake light to flash to alert following vehicles of sudden deceleration.

This is the first time for these functions to be featured on any Kawasaki model.

The instrument panel incorporates a 6.5 inch full-color TFT LCD screen. In addition to being able to connect with smartphones, it is compatible with the new “Kawasaki SPIN” infotainment app, which allows calls, music, navigation and other smartphone apps to be displayed and interacted with on the screen.

Visually, new styling includes an updated upper cowling design that gives the machine fresh look, a new seat shape for added comfort and other updates, bringing together the kind of looks and touring potential worthy a Kawasaki flagship model.

The Ninja H2 SX SE is also equipped with cutting-edge technology beyond that of the base model, including Kawasaki Electronic Control Suspension (KECS) with Skyhook technology.

Powering the 2022 Kawasaki Ninja H2 SX and H2 SX SE is the 998cc, supercharged, inline 4-cylinder engine which has been tweaked for better performance, producing up to 194 hp and 137 Nm of maximum torque.