Mercedes-Benz Shows Its Future Truck For 2025 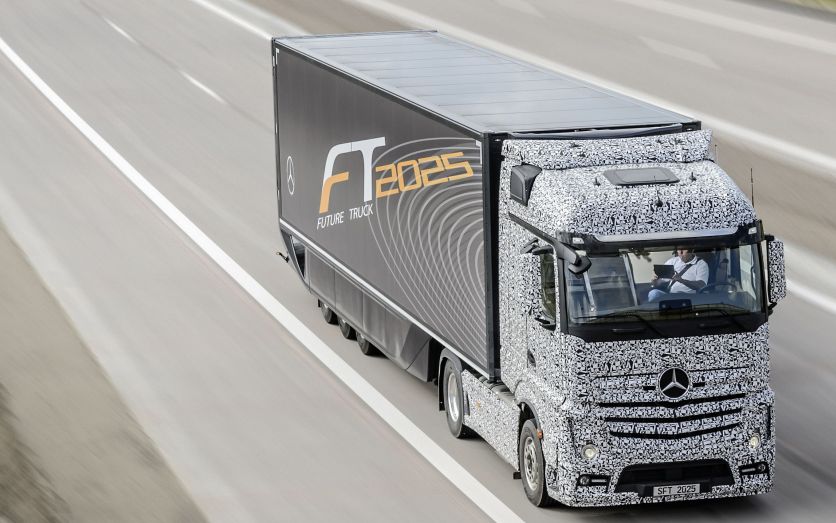 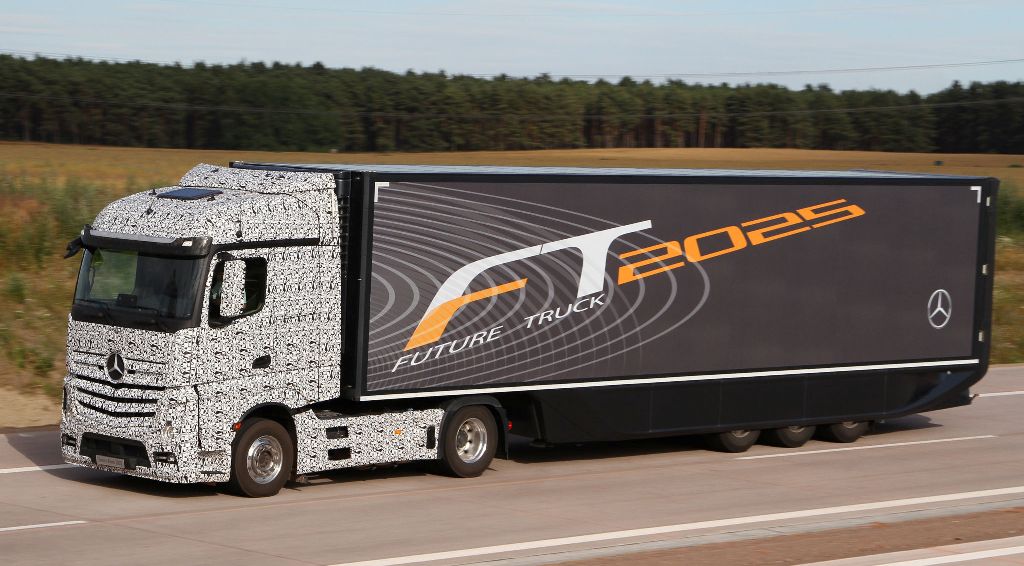 Mercedes-Benz tested their prototype for the Future Truck 2025, a self-driving Actros truck. A true revolution in the transport industry. The test took place on 30km, in real driving situations, on a motorway near Magdeburg, Germany. 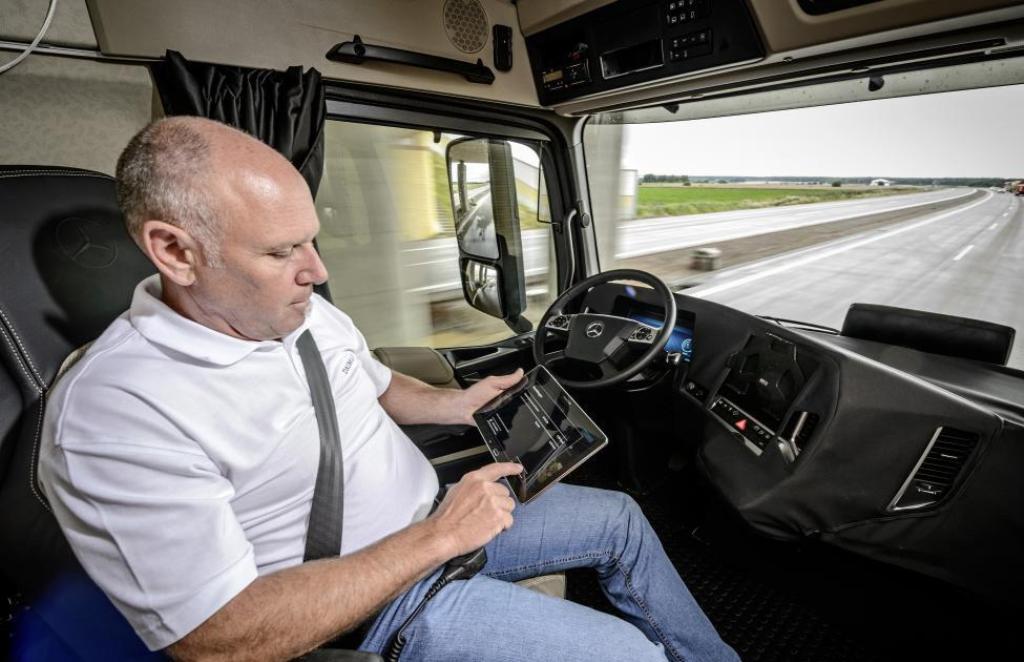 With the Highway Pilot system, the Future truck can drive on public roads at a maximum speed of 85 km/h (53 mph), without the intervention of a driver. The Actros is equipped with a 3D camera, radars on both sides, Wi-Fi connection for vehicle-to-vehicle communication, and a data analysis software. The Future Truck 2025 from Mercedes is also equipped with a fully automated transmission, the Predictive Powertrain Control, that uses the same technology as the GPS. 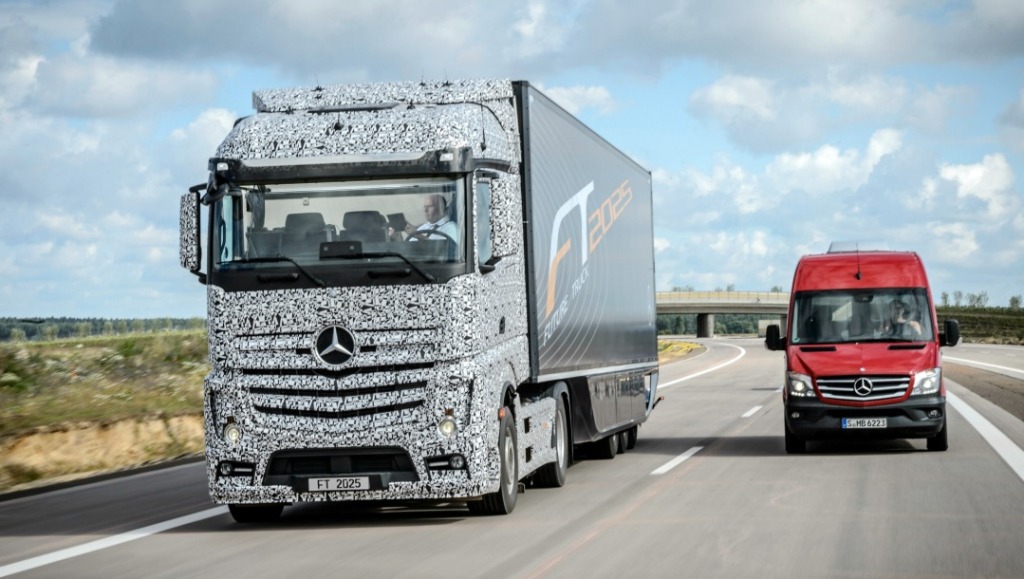 According to Mercedes, the prototype could be on the market in 10 years, with the transport costs and loads always increasing. The driving will be the same as operating an aircaft. The Future Truck’s cab was designed so that the driver takes full advantage of the self-driving function, for instance by working on his computer. To recap, the German manufacturer designed the Future Truck 2025 to be safer, more efficient and more environmentally friendly. 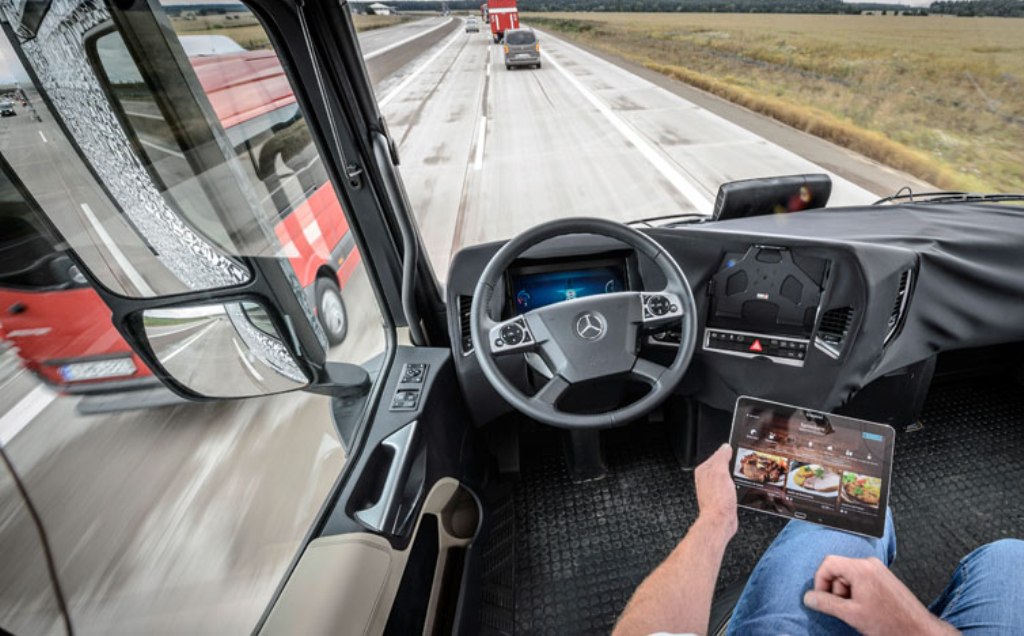