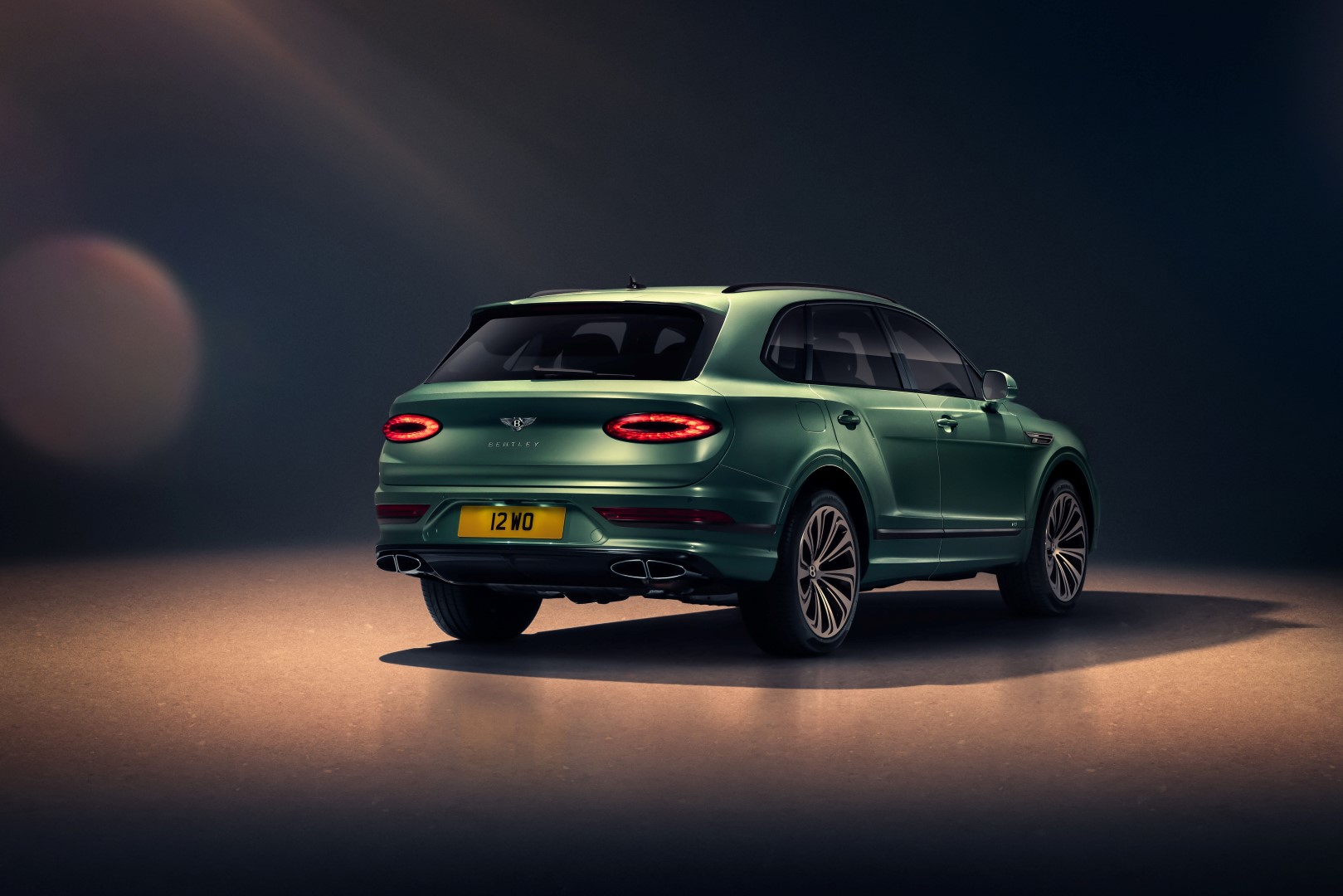 After “handcrafting” and selling more than 20,000 units, Bentley has announced the introduction of the new Bentayga, which now comes with a fresh design, the latest on-board technology, and an even more cosseting cabin.

Inspired by the brand’s new design language that was introduced in the third-generation Continental GT and all-new Flying Spur, the Bentayga now comes with a more upright, larger, assertive matrix grille.

At the rear, the new Bentayga has undergone a major transformation, with a total redesign of the rear surfaces including a new full-width tailgate with new encapsulated lamps, while the licence plate has been moved down into the bumper for a cleaner appearance. The rear track width has also grown by 20 mm.

Inside, among the major changes include a new centre fascia and steering wheel, new door trims and all-new seats – now available with ventilation in the rear of the five-seat cabin option.

Passengers in the rear also enjoy significantly more space, with legroom increased by up to 100 mm depending on configuration.

A next generation infotainment system is integrated seamlessly into the handcrafted, Bentley ‘wing’ dashboard design and features a 10.9-inch display screen with edge-to-edge graphics.

The latest hardware and software bring all-new navigation with satellite maps, online search and other features. Wireless Apple CarPlay is standard for the first time, alongside the existing wired system, along with Android Auto (market dependant).

Rear seat occupants benefit from the introduction of a new, larger touchscreen remote control tablet, similar to that introduced in the all-new Flying Spur.

Connectivity around the car has been significantly improved as well, with USB-C data ports and a wireless phone charger now standard. The new Bentayga is now provided with an embedded SIM, as with the latest Continental GT models, meaning My Bentley connected car features no longer require customers to provide their own data connection.

My Bentley in-car and remote services are also a continually developing range of services available to customers through a dedicated app, available both on Apple iOS and Android mobile platforms.

The luxurious interior can be further enhanced with the application of dark tint diamond brushed aluminium trim for the first time in a Bentley, as well as two straight-grained veneers new to Bentayga: Koa and Crown Cut Walnut.

Mulliner Driving Specification adds a new quilting design, and micro piping detailing is a new option for the seats.

According to Bentley, the new Bentayga will initially be launched in a V8 guise offering supercar performance balanced with everyday usability, with the plug-in Hybrid and W12-powered Speed versions to follow this year. The V8’s 4.0-litre, twin-turbocharged petrol engine develops an impressive 550 PS and 770 Nm of torque.