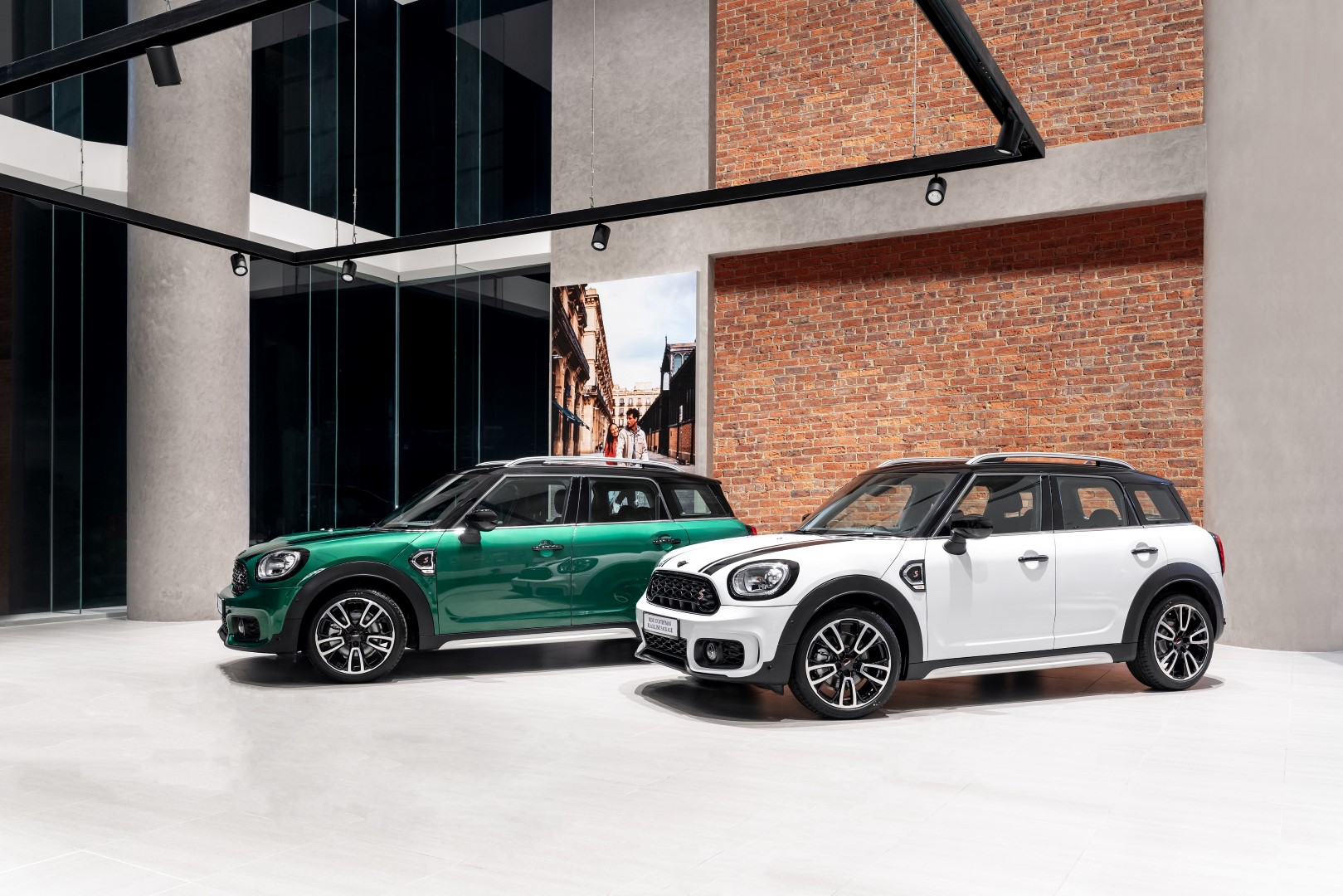 Firstly, we have the MINI Countryman Sports with Blackline Package which features Piano Black (instead of chrome) elements.

These elements include the front grille, headlight and taillight trims, door handles, MINI emblems in the front and rear, along with the Countryman and Cooper S emblems.

The MINI Countryman Sports with Blackline Package will be available in British Racing Green or Light White, both of which are complete with Black roofs.

And then we have the MINI Countryman Sports with Panoramic Sunroof, which as the name suggests, comes with a panoramic roof instead of the standard roof, further enhancing the interior ambience with more light and fresh air.

Limited to 38 units each, both the special MINI Countryman Sports variants will be powered by the same two-litre, four-cylinder engine with MINI TwinPower Turbo that produces 192 hp and a peak torque of 280 Nm.

The sporty model is capable of making the century sprint in 7.5 seconds, and has a maximum speed of 225km/h. Paired with the engine is a Seven-speed Dual Clutch Sports Automatic Transmission.

The interior of both variants continue with the black theme. The headliner is covered with Anthracite headliner, and the Sport Seats are covered in the luxurious Leather Cross Punch in Carbon Black. Meanwhile, the John Cooper Works Interior Surface is also clad in Piano Black.

There is also the Electronic Selector Lever that always returns to its original position after changing between the driving, neutral and reverse modes. The Sports mode can be activated by shifting the selector lever to the left while on driving mode, supporting a particularly sporty driving style and allowing for manual intervention.

Where infotainment is concerned, both the MINI Countryman Sports variants are equipped with an 8.8-inch MINI Navigation System which can be operated via the touch screen, centre console, or even voice control. The vehicle also features a built-in 4G SIM card which is permanently fitted in the vehicle.

Owners can also connect their iPhone wirelessly to the vehicle and use the MINI Visual Boost to access numerous features on the phone with Apple CarPlay. Wireless Charging is also available to ensure mobile phones are always charged.

The two variants are also equipped with the latest MINI Connected that offers an exceptionally wide range of digital services such as the Intelligent Emergency Call, MINI TeleServices and Remote Services. This feature allows mobility planning to be integrated seamlessly in day-to-day digital routine.