IVECO has announced it is now the official truck partner for Formula One Championship team, Alfa Romeo Racing.

The truck company recently marked the occasion with an official ceremony in Hinwil, Switzerland, following the delivery of 13 IVECO vehicles to the team – 12 Stralis trucks and one Daily van. 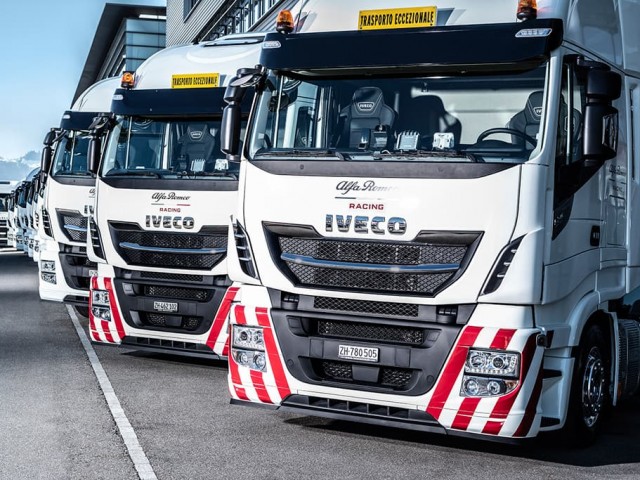 The vehicles will now be charged with transporting the team’s equipment to all the European F1 fixtures throughout the remainder of the season.

“We are proud to be entering into this partnership with Alfa Romeo Racing and provide transportation for the team’s equipment,” he said.

“IVECO has a long tradition of partnerships and participation in the world of sports, and in particular racing, where our trucks can be seen competing in the Dakar Rally and the FIA European Truck Racing Championship. 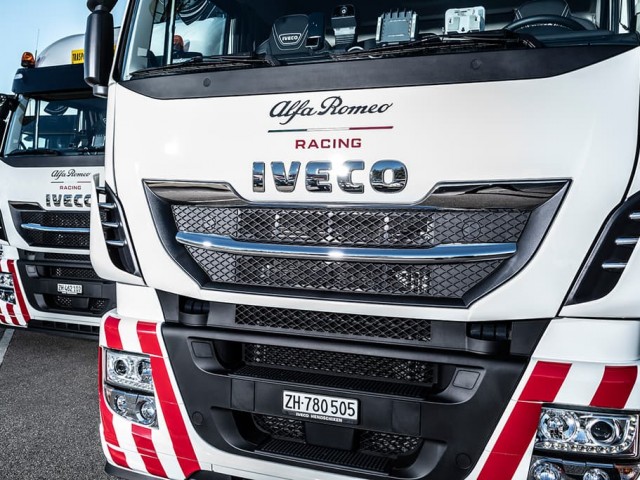 “Having a reliable and safe means of transportation for our equipment is an essential aspect of our logistical operations in Formula One. With IVECO, our team has an experienced partner by our side and we look forward to this collaboration.”

The 41st edition of the world’s most difficult race has come to an end after 5,000 kilometers driven on extreme terrains.

The Team succeeded in taking its four trucks all the way to the last checkpoint, placing all of them in the Top 10.

The first challenge facing every team competing in a Dakar Rally is to reach the final finish line, and only a few manage to do this with all their vehicles: this year, Team PETRONAS De Rooy IVECO has not only won a podium placement, it has also succeeded in taking all four IVECO Powerstars to the finish line in the Top 10.

The Dakar 2019 finished with the stage linking Pisco and Lima with 112 timed kilometers, in which Ton van Genugten won his second special of this year’s edition, making it three special wins for the Team in the ten days of the race.

The three other IVECO Powerstar trucks crossed the finish line shortly after, with Team Leader Gerard de Rooy finishing in the Top 5 for seventh time in this edition of the Dakar. His fifth place in the last stage clinched his place on the podium as third overall.

Federico Villagra finished the most difficult rally raid in the world achieving a fourth position in the overall classification.

The Dutchman was fourth, achieving another great result for Team PETRONAS De Rooy IVECO, which not only succeeded in taking its four trucks to the finish line, but placed them all in the Top 10.