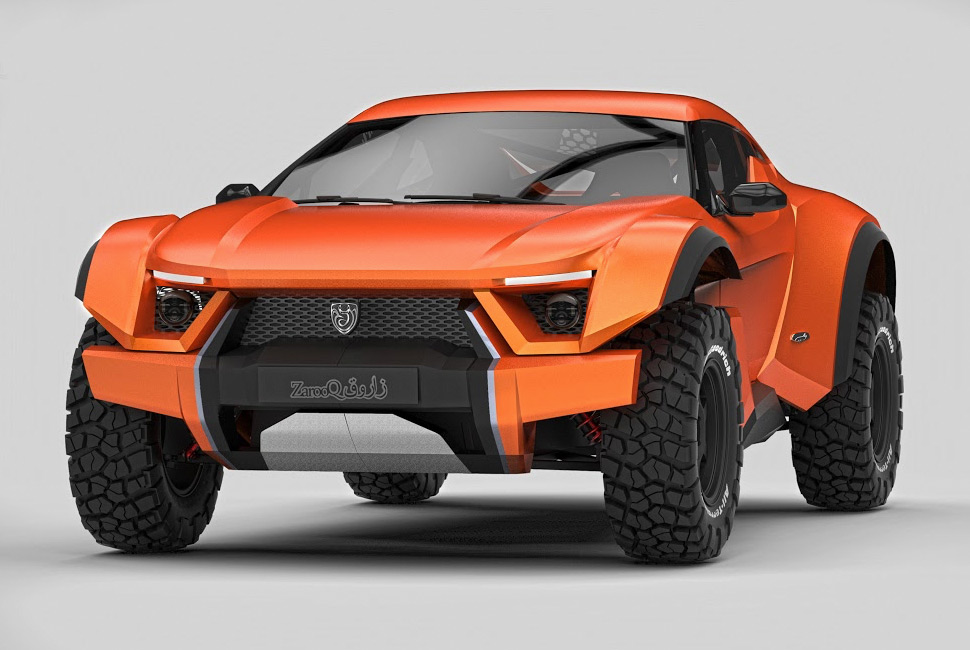 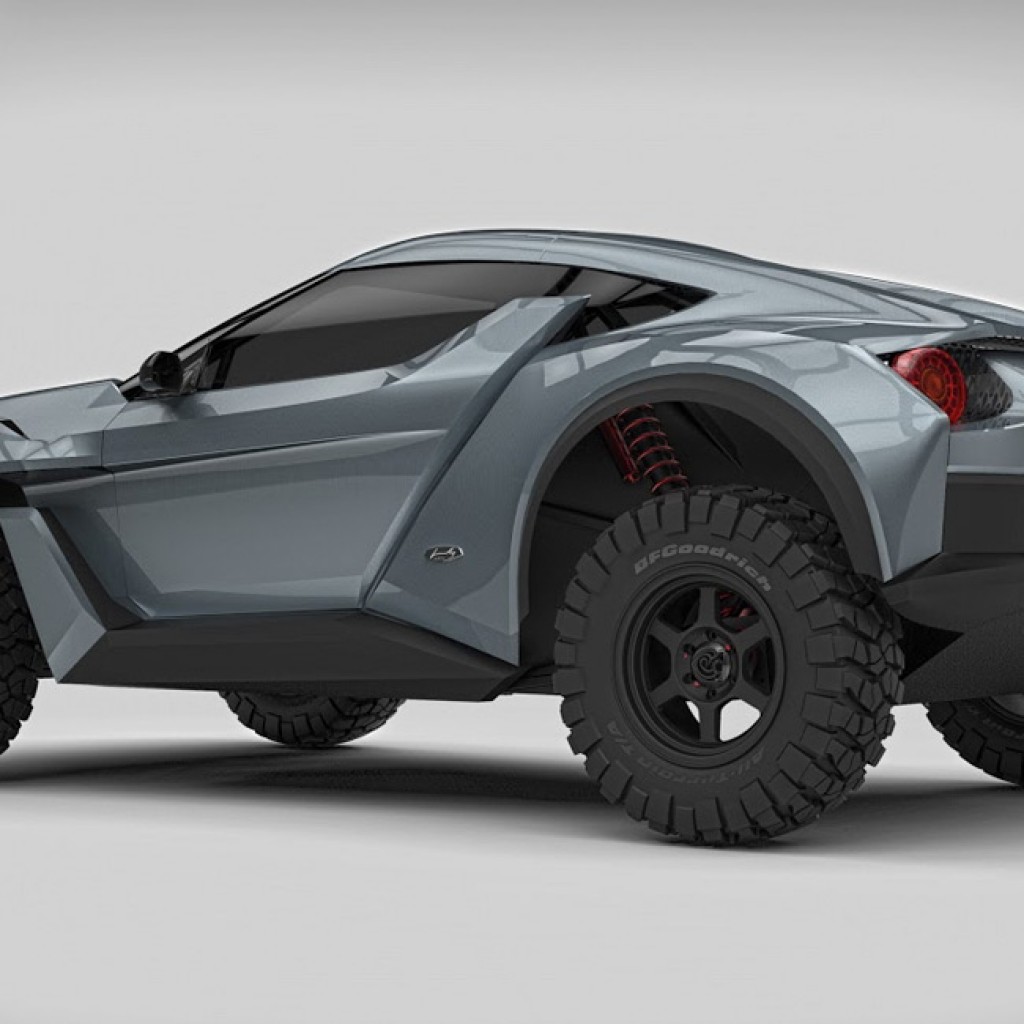 There is a UAE auto company called Zarooq Motors and you know that it is going to be a big hit with the local gearheads. The company is building the SandRacer: a svelte, two-door SUV that blends both on-road excitement with monstrous off-roading prowess. 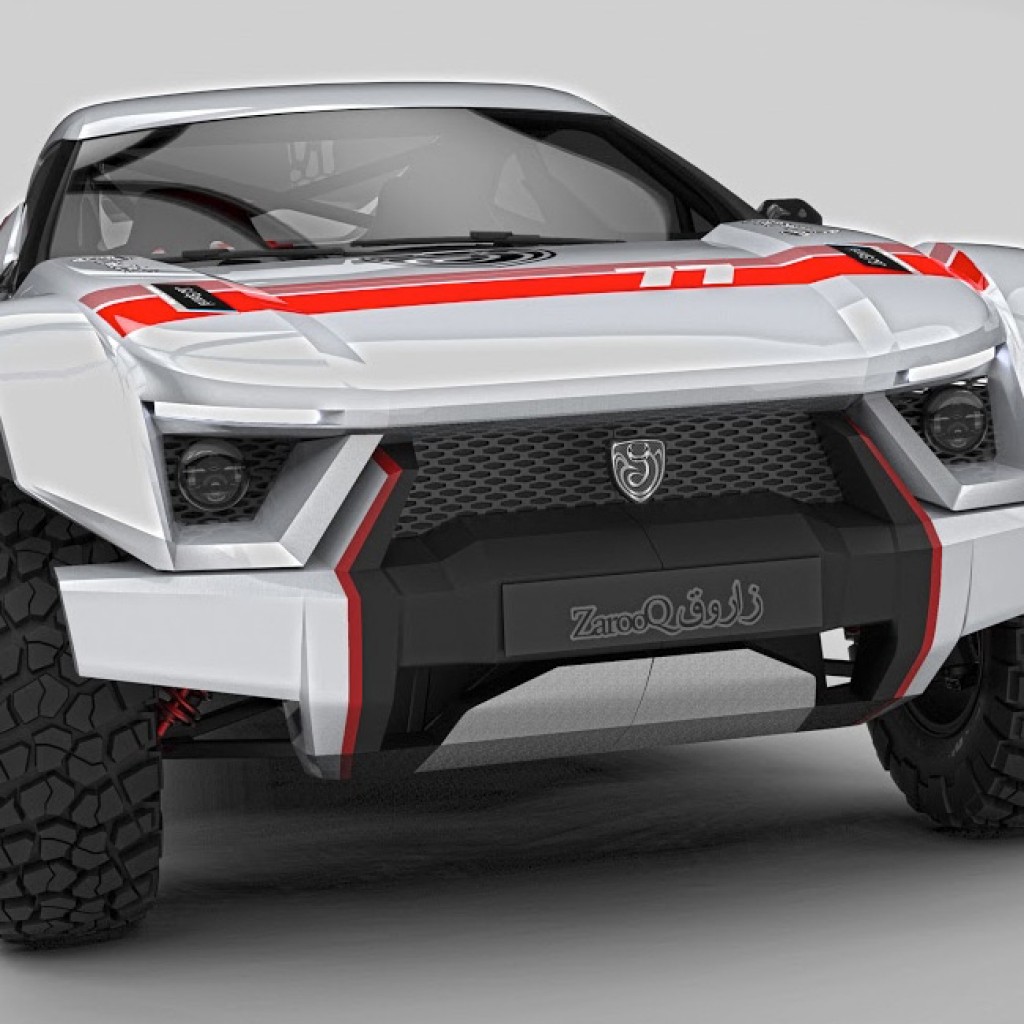 The SandRacer is purpose-built for blasting over sand dunes and it’ll have 12.4 inches of ground clearance, an approach angle of 45 degrees, a departure angle of 53 degrees and a ramp-over angle of 25 degrees. Weight comes in at just 2,315 pounds which is the same weight as the all new MX-5. The SandRacer is powered by a mid-mounted 3.5-liter V6 making 304 horsepower and 274 lb-ft of torque sent to the rear wheels by way of a six-speed, paddle-shift, automatic transmission. The car is designed for road use, but Zarooq also has aspirations to start its own one-make desert racing series using racing-tuned versions of the SandRacer. 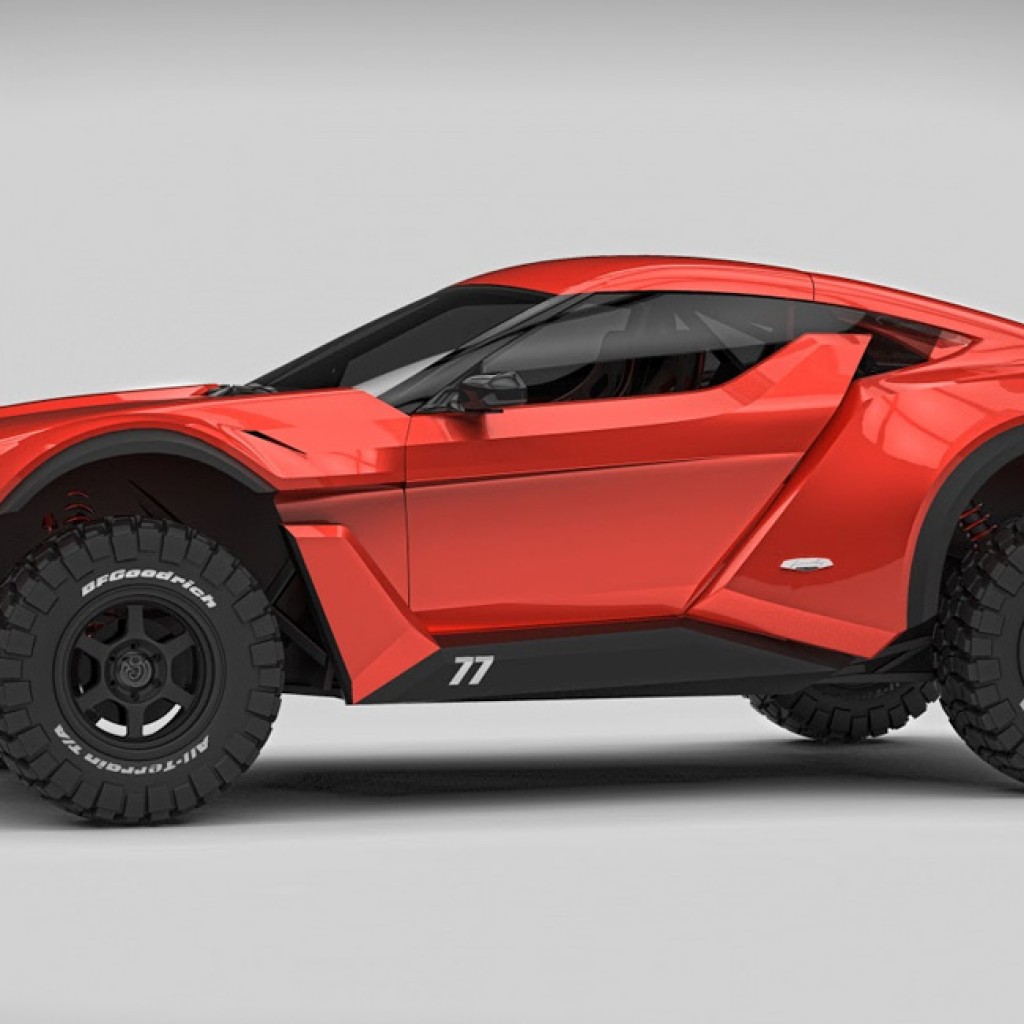 Though only renderings have been shown so far, according to Zarooq director Mohammed Al Qadi, the chassis and engine have been developed and the car is set to debut fully early in 2016. Prices are said to start at around $80,000. Not bad for what essentially amounts to a Dakar racer for the road.