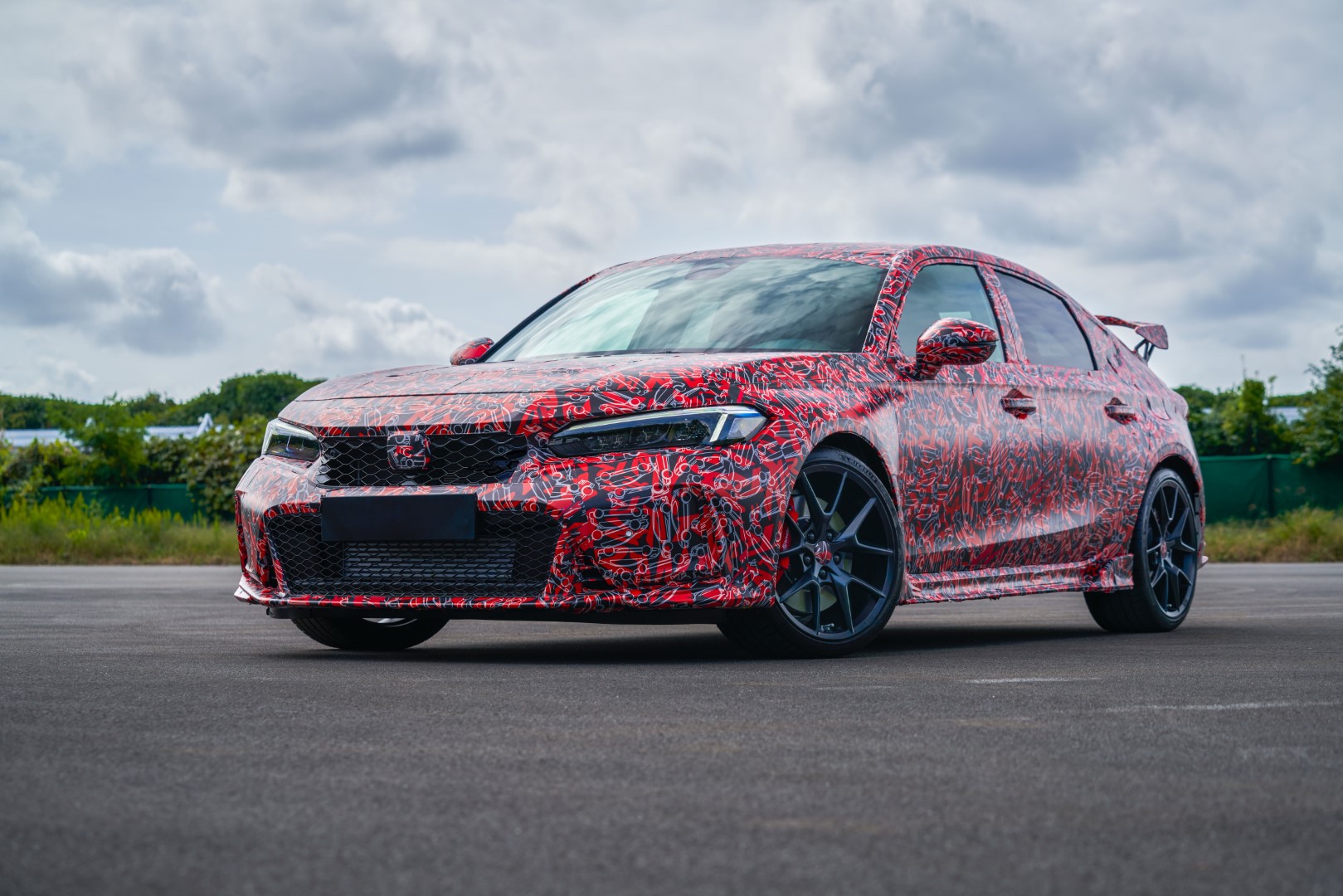 Honda has finally released the first official images of the next-gen 2022 Honda Civic Type R, which is all set to take on the Nurburgring-Nordschleife as part of its development before it makes its world debut next year.

Although camouflaged, many interesting details of the 2022 Honda Civic Type R can be seen clearly, such as the design of the bumper and whatnot.

On the exterior, hiding beneath the camouflaged wrap is what appears to be a fierce looking front bumper with huge air intakes, protruding wheel arches, and a side skirt.

At the rear, taking centre stage is a funky rear wing, a ducktail spoiler, and the return of the infamous triple exhaust tips. If you see closely, you will also notice what looks like a carbon fibre rear diffuser.

The interior is yet to be revealed, but our guess is that it would be a significant upgrade from what it is now looking at how much the new Civic’s cabin has been tweaked.

As far as the powertrain goes, we expect the new 2022 Honda Civic Type R to come with the same turbocharged 2.0-liter inline-four as the outgoing Civic Type R, probably tweaked to do the usual extra fuel saving while producing a few more horses.

Currently, the Civic Type R churns out 306 hp and 400 Nm of torque, which means that we can expect a slight bump in both figures.

What is confirmed however is the fact that the engine will be paired with a six-speed manual transmission with automatic rev-matching.

Rumour has it that an optional dual-clutch automatic transmission may also be offered in a few markets around the world.

That being said, more details revolving around the new 2022 Honda Civic Type R will be revealed as we draw closer to the world premiere next year, so watch this space for the updates.