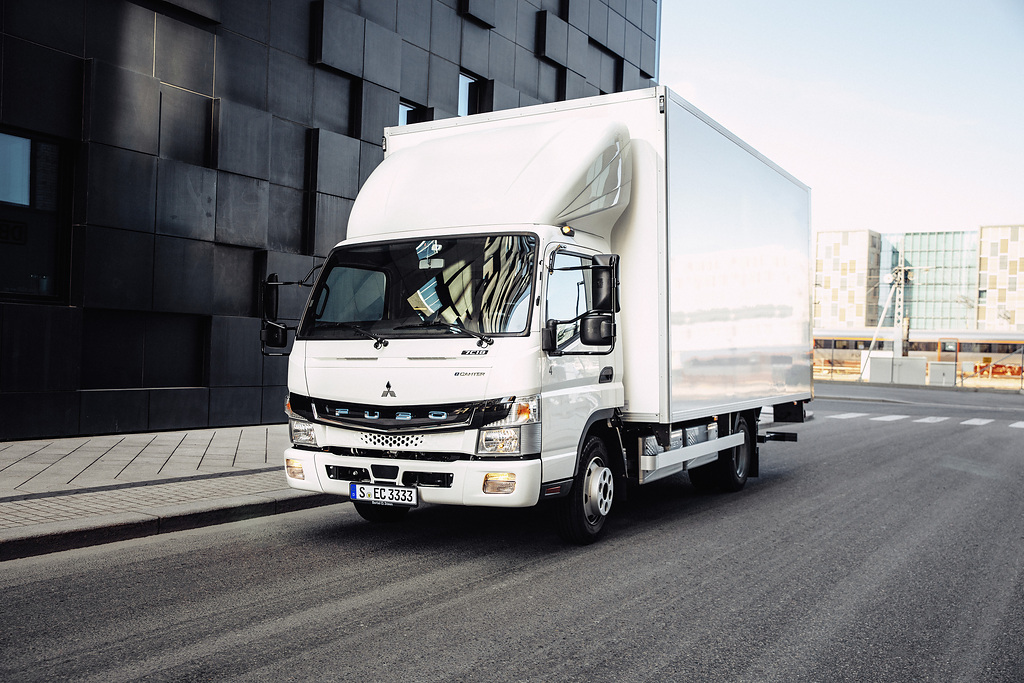 Daimler Truck is going full speed ahead to win the race to zero emissions with the all-electric light-duty truck, FUSO eCanter.

A further milestone reached by the global eCanter fleet is that the distance travelled in daily customer operations now exceeds a combined 4 million kilometers driven locally emission free – equivalent to around 100 circumventions of planet earth or a little over five trips to the moon and back.

The FUSO eCanter provides a 100 kilometer range with a single charge, making the 7,49t vehicle perfectly suited for zero-emission and quiet inner-city distribution.

As of November 2021, more than 40 vehicles were so far delivered in the United States, approximately 75 trucks in Japan and another 190+ FUSO eCanter in Europe.

Earlier in 2021, the all-electric light-duty truck was introduced to Australia and New Zealand, expanding the vehicles success story and adding two more major FUSO markets to the roster.

With the launch of the eCanter in 2017, FUSO has claimed its stake as a pioneer and leader in electric trucks.

In line with the sustainability strategy of Daimler Truck, FUSO leads the commercial vehicle industry into the future. Daimler Truck aims to have all new vehicles in the Triad (Europe, North America, and Japan) “tank-to-wheel” CO2-neutral by 2039.

The eCanter is the series-produced all-electric truck developed by MFTBC as a solution to urban environmental issues such as noise, exhaust gas and CO2 emissions.

The eCanter, which falls under the 7.5-ton gross vehicle weight class, ensures a range of about 100 kilometers per charge.

With quick-charging stations, the vehicle only takes up to approximately 1.5 hours to fully recharge.