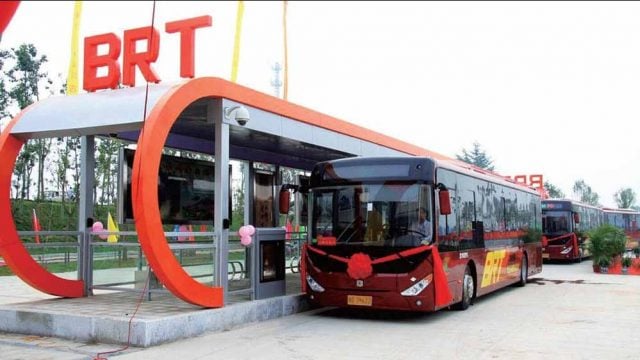 The Iskandar Regional Development Authority (IRDA) has announced that the Iskandar Malaysia Bus Rapid Transit (IMBRT) project is now moving forward into the next phase.

The next phase involves a pilot testing programme, which will be conducted by IRDA along the Lebuhraya Sultan Iskandar between Horizon Hill and Anjung in Medini for a duration of three months beginning 8 April 2021.

The IMBRT Pilot Testing programme will see the involvement of nine bus suppliers that will conduct a demonstration of the latest green bus technologies including electric and biodiesel. The participating suppliers will showcase buses ranging from 6 metres, 12 metres to 32 metres.

The IMBRT is a strategic national initiative to develop a reliable and convenient bus transit system to improve accessibility and enhance the quality of life of the communities in Iskandar Malaysia. It is the first comprehensive state-level implementation of a BRT system in the country and will serve as the backbone of the public transportation infrastructure in Iskandar Malaysia.

Implemented by the Iskandar Regional Development Authority (IRDA), the transit system would provide bus services with a wider network coverage and reach, via feeder, direct and trunk services, interconnecting with other transit services.

A study will also be undertaken by the Malaysia Institute of Transport (MITRANS) to assess the performance of the Automated Rapid Transit (ART), especially its turning, maneuverability, and lane-changing capabilities on the road. Meanwhile, the 6-metre buses will undergo testing to gauge feasibility of feeder routes as well as battery life span (per trip) for the electric buses.

Datuk Ismail Ibrahim, Chief Executive of IRDA said, “This Pilot Testing programme is a significant milestone for the IMBRT as the project goes into full gear. Iskandar Malaysia needs to be well connected to grow as a strong and sustainable metropolis of international standing. This is only possible with the support of a reliable public transportation system that has a wide coverage such as the IMBRT.”

It also aims to boost accessibility and connectivity, which will play a critical role in contributing to economic growth of key sectors and urbanisation of Iskandar Malaysia, as well as to reduce the region’s transport sector’s carbon footprint by using green transportation.

Rudyanto Azhar, Head of BRTIM Sdn Bhd, the special purpose vehicle of the IMBRT said, “We have identified the BRT as the preferred transit mode for the region under the Iskandar Malaysia Transportation Blueprint 2010 – 2030 because it is a strategic, sustainable, and more cost-effective to construct compared to rail.”

The IMBRT will provide 55 feeder and 44 direct services, bringing the total network coverage to 2,051 km or approximately 90 percent of the populated area of Iskandar Malaysia. Whilst the IMBRT’s main trunk line has a span of 54.92km across Skudai, Tebrau, and Iskandar Puteri.

It will consist of 33 stations, with one hub in Universiti Teknologi Malaysia (UTM) on the Skudai Line. The main trunk line will also have two end stations — one in Desa Jaya on the Tebrau Line and the other in Anjung on the Iskandar Puteri Line.