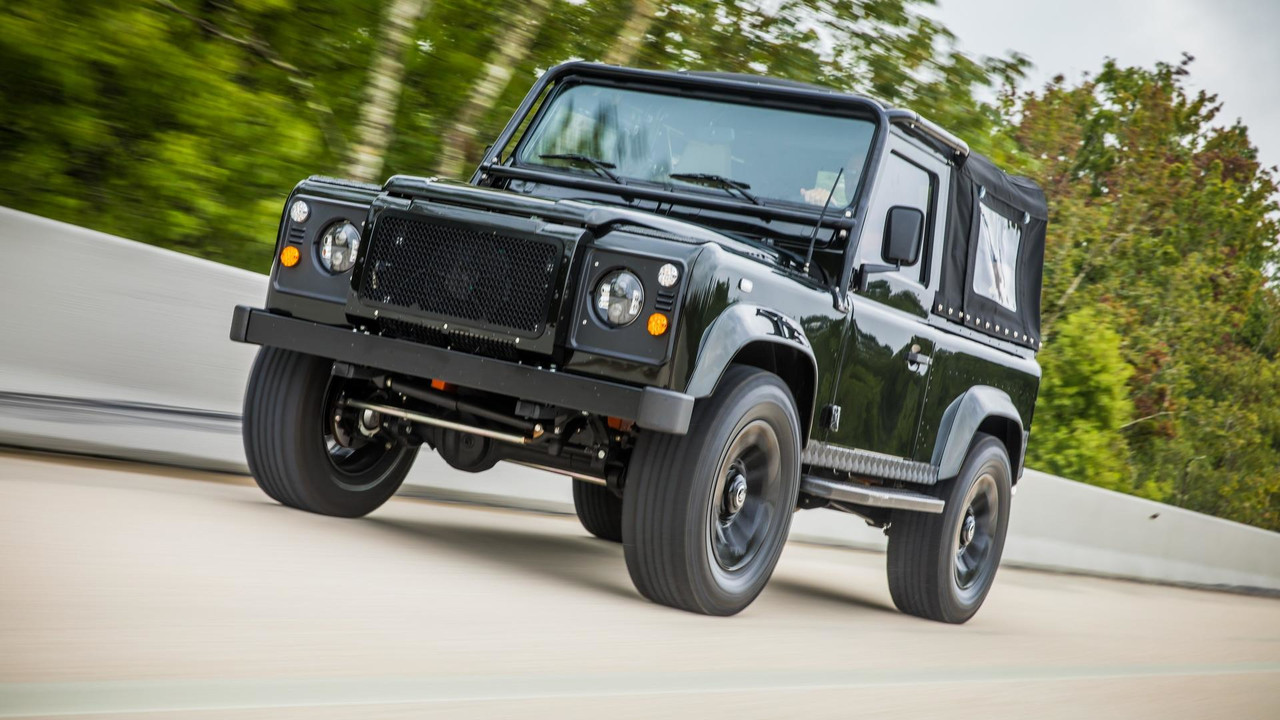 Built by Florida-based East Coast Defender, the “Honey Badger” follows the company’s previous “Project Sandstorm” project and has received more than just an engine transplant as it has been subjected to several other hardware changes like a revised transfer case with a limited slip differential, along with a Borla exhaust system In addition, the brake and fuel lines are now made from stainless steel and the stock wheels have been replaced by 18-inch set shod in BF Goodrich All Terrain KO2 tires. Rounding off the tweaks on the outside are the full LED front light and turn signals together with some subtle changes to the body and a rearview camera. 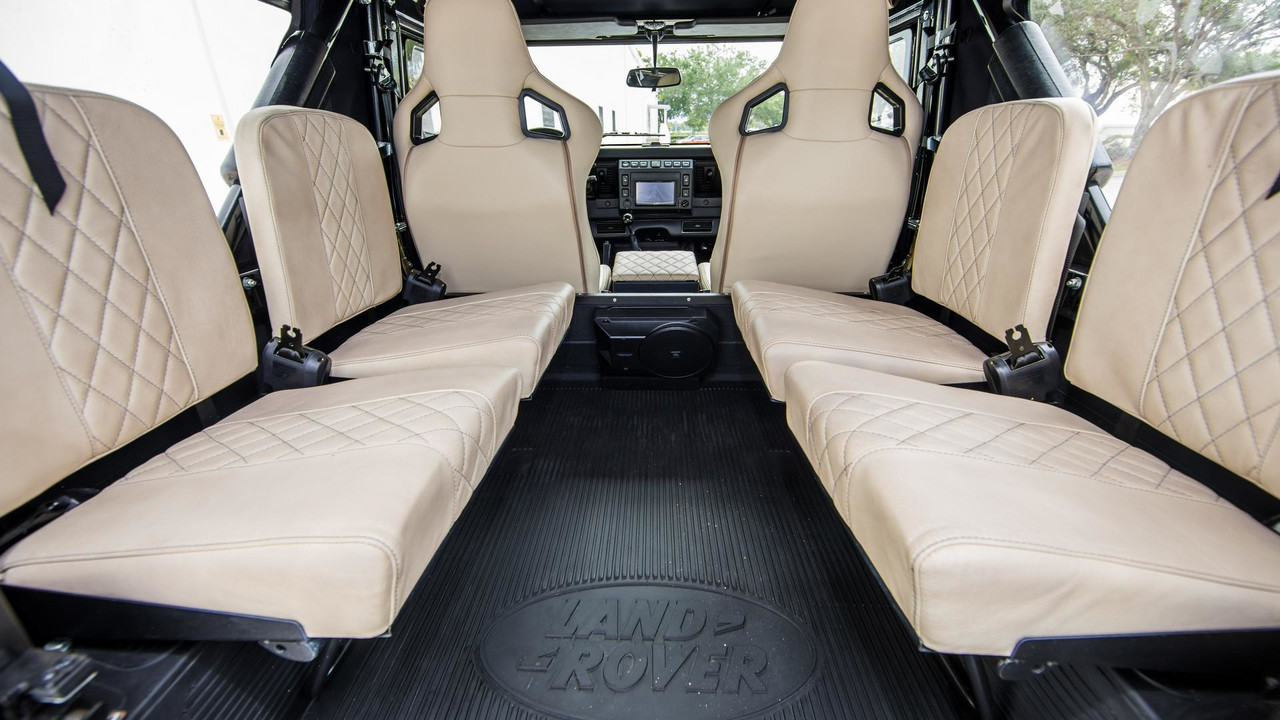 Unde the classic bonnet is a 6.2-liter Corvette engine with 430 horsepower mated to a T56 6-speed manual gearbox enabling this 4×4 iconic British vehicle to accelerate from 0-100km/h in less than 6-seconds, which is as fast as some Range Rover’s. 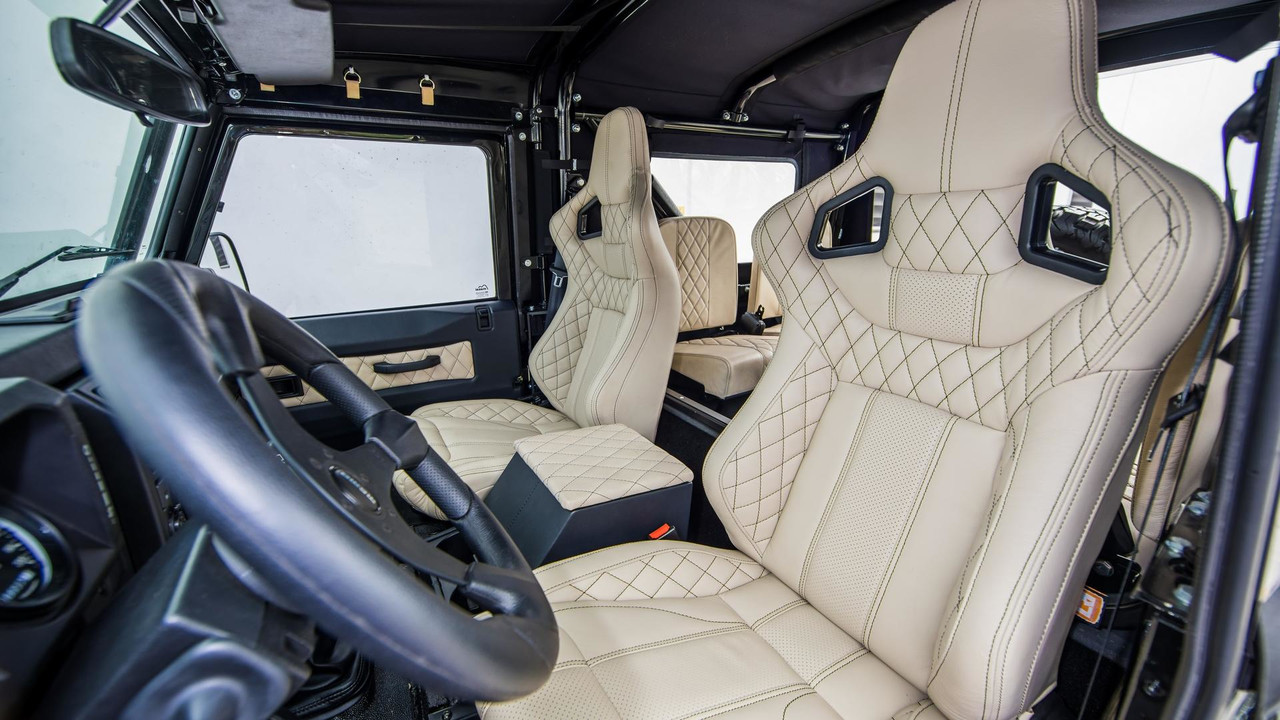 This Defender cabin now boasts a full roll cage, Momo steering wheel, and Corbeau seats wrapped around in ivory leather adorned with black stitching. In charge of providing the entertainment is a Kenwood infotainment system linked to a JBL sound system packing a subwoofer for that extra bass. 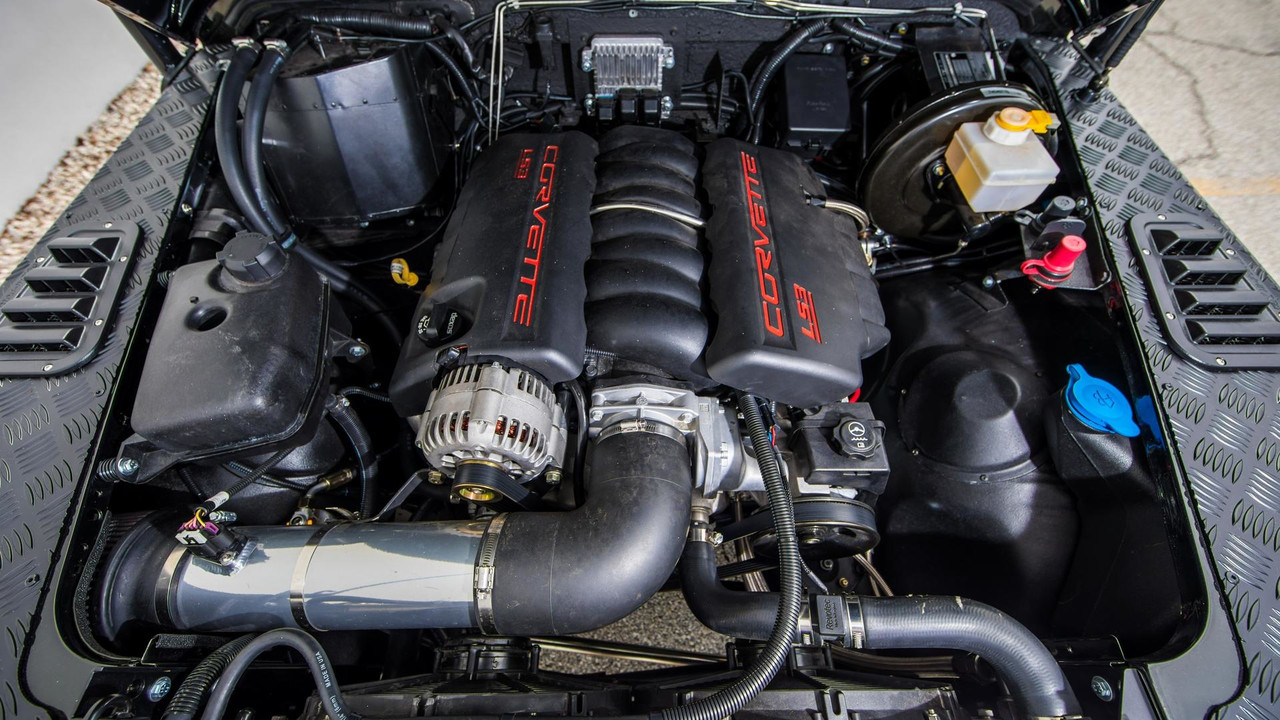