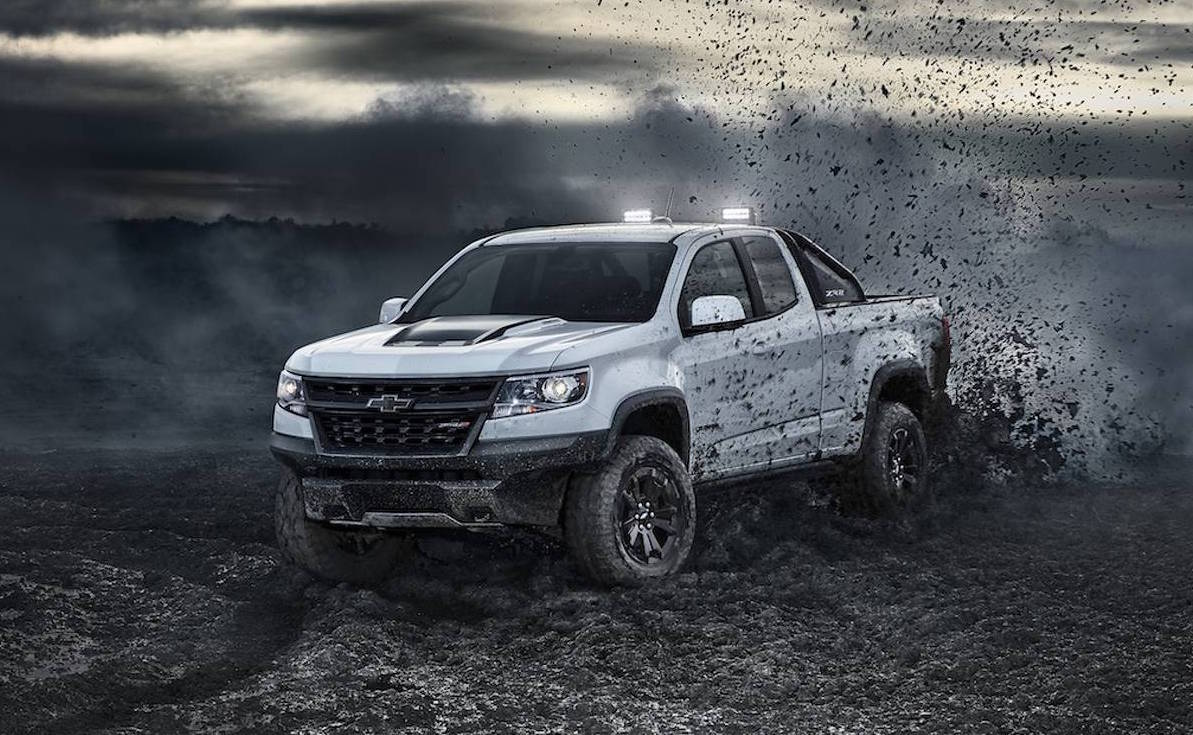 The ZR2 Dusk Edition offers the same content as the ZR2 Midnight, but can be purchased in all other ZR2 exterior finishes, with black accents throughout.

The Colorado ZR2 is effectively a segment of one, equally at home rock crawling, desert running or as a daily driver. It sits 2 inches higher than Colorado and features a 3.5-inch-wider track.

Performance features include an off-road suspension with cast-iron control arms and segment-exclusive Multimatic DSSVTM dampers. They are the first off-road shocks to feature position-sensitive spool valve technology, making the truck equally adept on and off the road.

The ZR2 is distinguished visually from the Colorado with an aggressive hood and grille combo and modified front and rear bumpers designed for better off-road clearance.

The ZR2 is available with a standard 3.6L V-6 match with a class-exclusive eight-speed automatic transmission or an available 2.8L Duramax turbo-diesel offering best-in-class 369 lb-ft of torque.