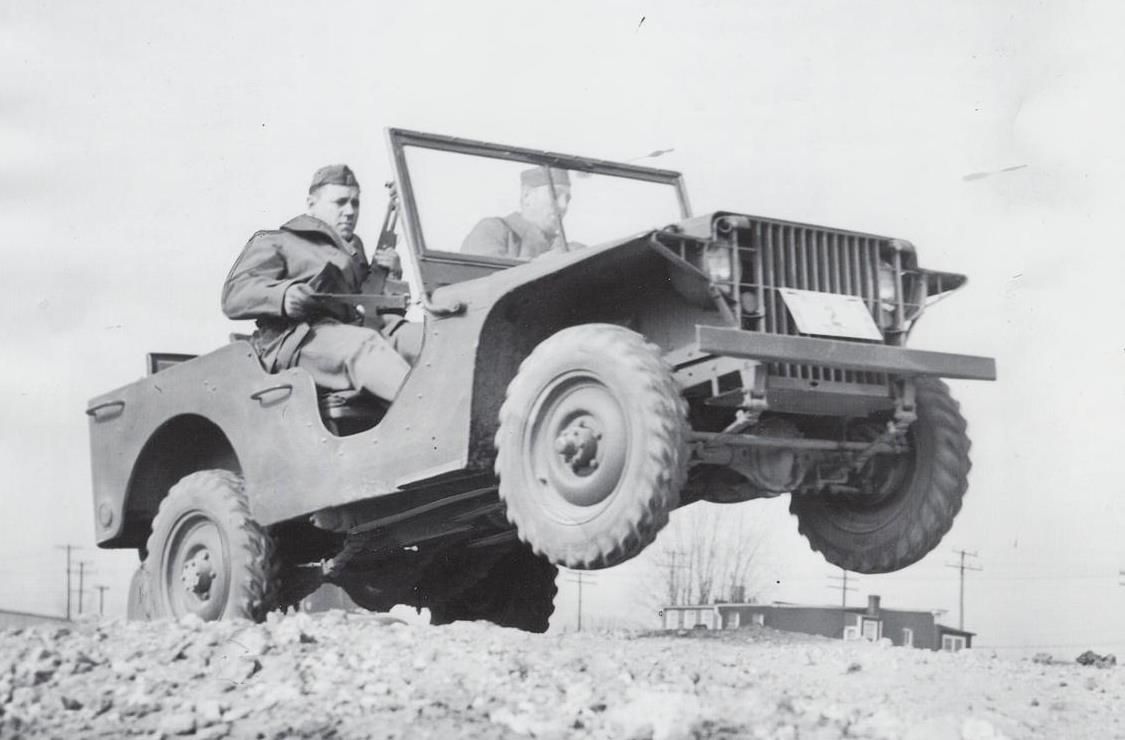 According to the Historic Vehicle Association the oldest known “jeep” recently celebrated its seventy-fifth birthday. Here are some of the more intriguing facts of the early history of the ¼ ton, four-wheel-drive reconnaissance truck that became known affectionately as the “jeep.” 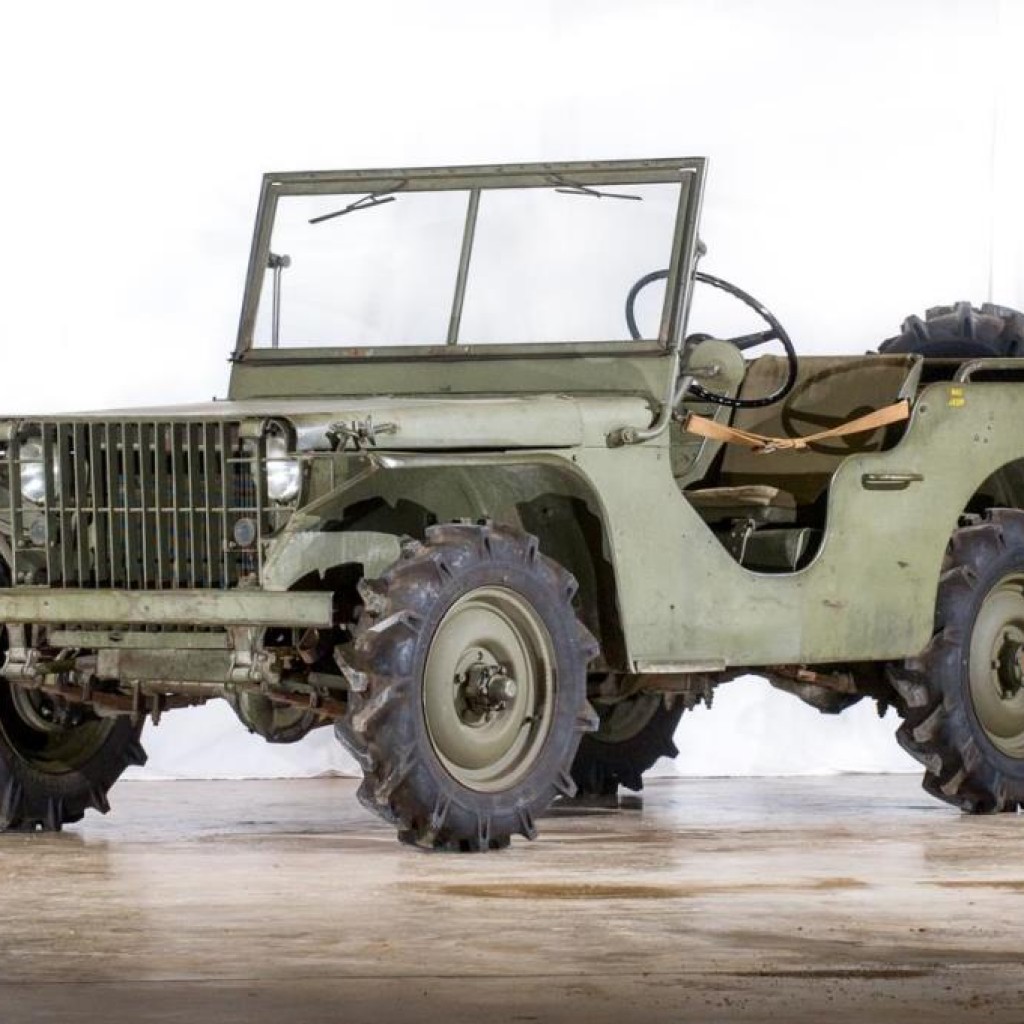 The first ¼ ton, four-wheel drive reconnaissance truck “pilot model” produced for the U.S. Army was built by the American Bantam Car Company of Butler, Pa. It was delivered for testing to Camp Holabird in Baltimore on Sept. 23, 1940. Subsequent designs by Willys-Overland and Ford while important were refinements on this original U.S. Army and American Bantam concept. 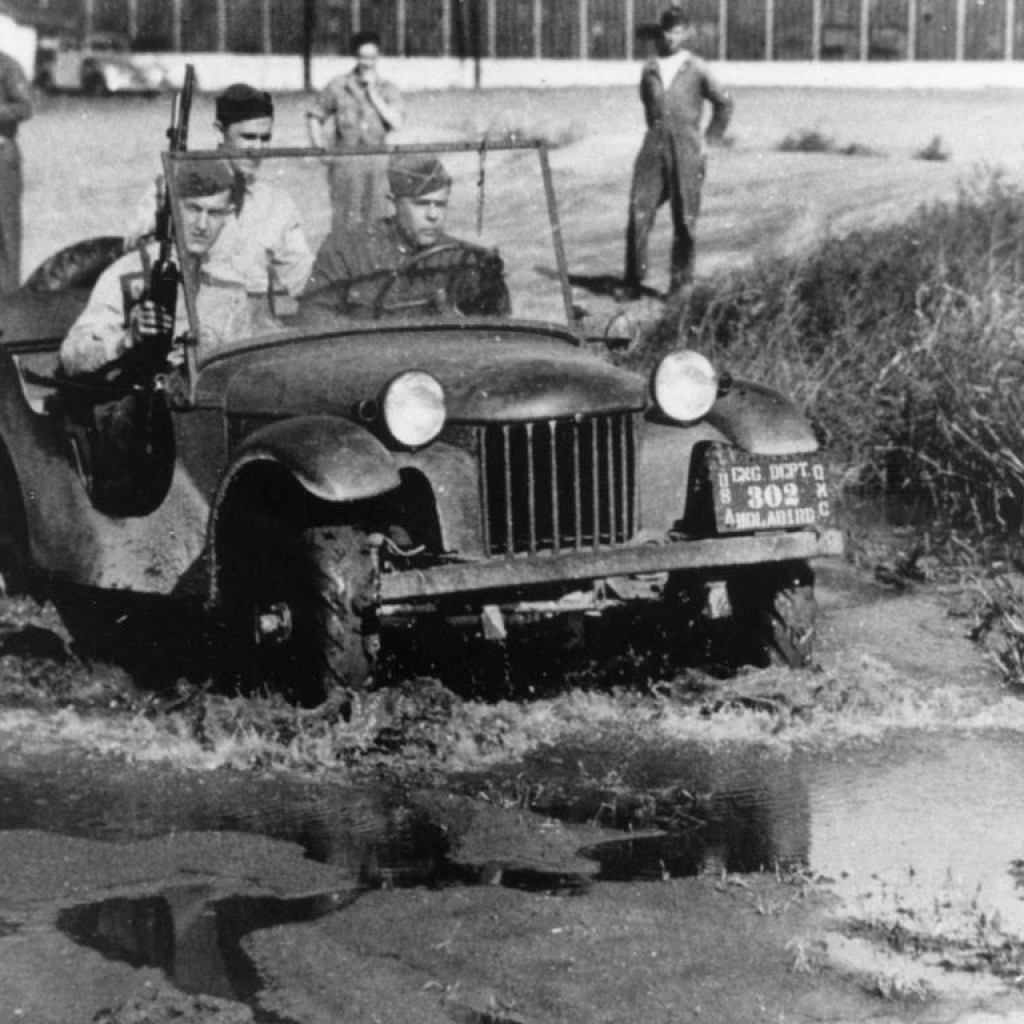 The main reason Willys-Overland won the lion share of the production for the WWII “jeep” was its engine.  Willys-Overland fortunately began reworking its L134 engine in 1938 with the arrival of Barney Roos as chief engineer.  The result was the durable and powerful “Go-Devil” engine that became the heart of the “jeep” for decades. 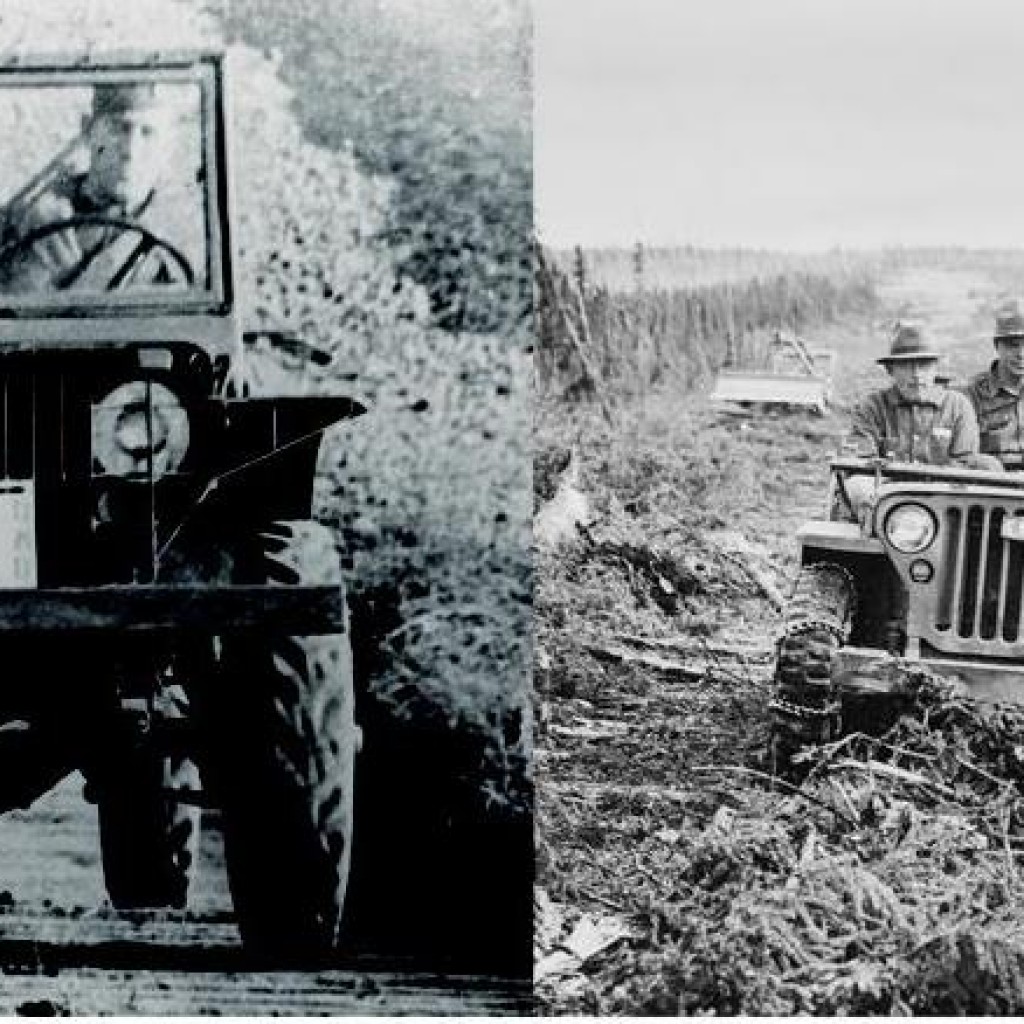 Willys-Overland produced at least two Pilot Model “Quads” in 1940.  The photo above was taken after 1952 based on the line up of military “jeep” models and includes a Willys-Overland Pilot Model Quad (far left).  Anyone know where it is now? Buried in a Toledo garage perhaps? 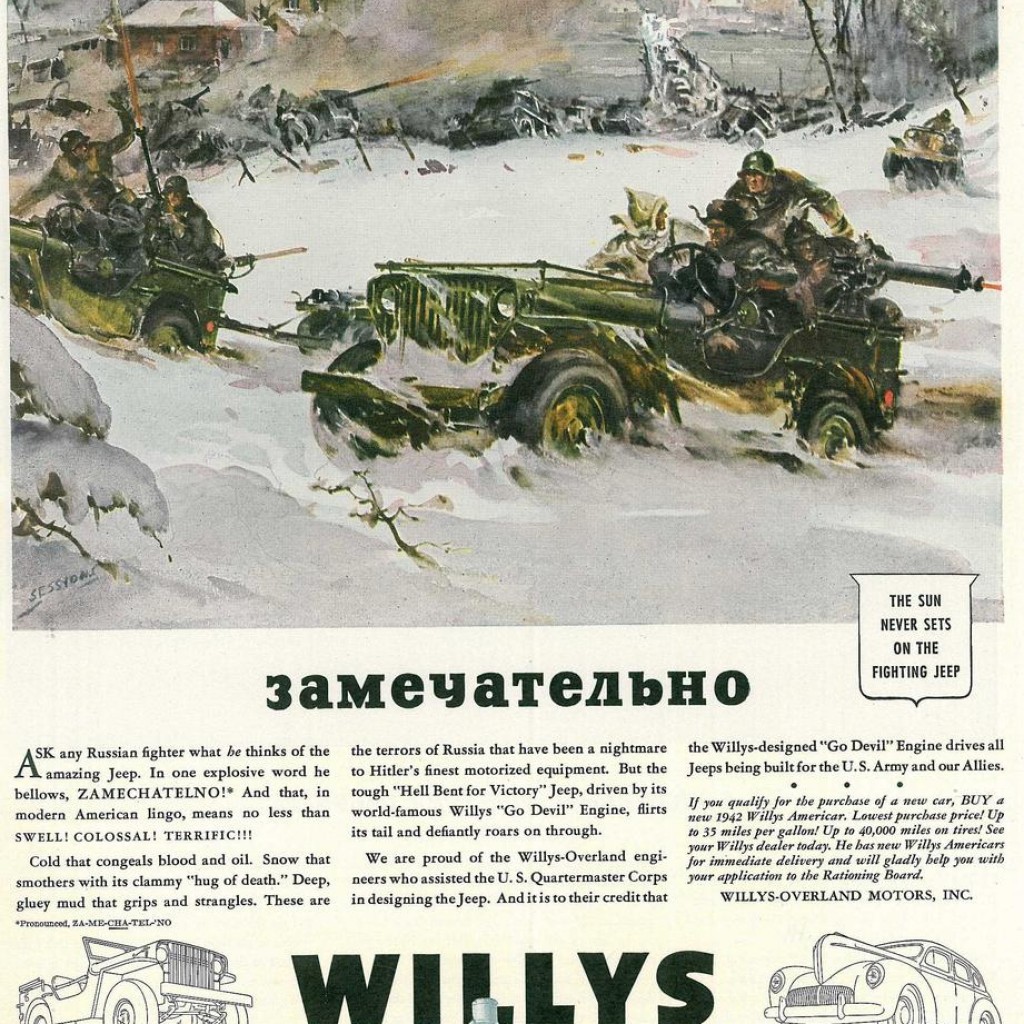 Willys – is it pronounced “Willies” or “Willis”? In 1952, the Toledo Blade newspaper got to the bottom of the story and concluded it’s “Willis” – so that’s what we’re talkin’ ’bout!

Prior to the war, woodie station wagons were expensive hand-crafted wood paneled luxury vehicles but that would all change thanks to designer Brooks Stevens.  Willys-Overland wanted their new product-line to leverage on the “jeep” success.  The answer for 1946: the Willys-Overland all-steel, two-door, two-wheel drive “Station Wagon” with a “woodie-look.”  It was a hit – finally a woodie for masses! 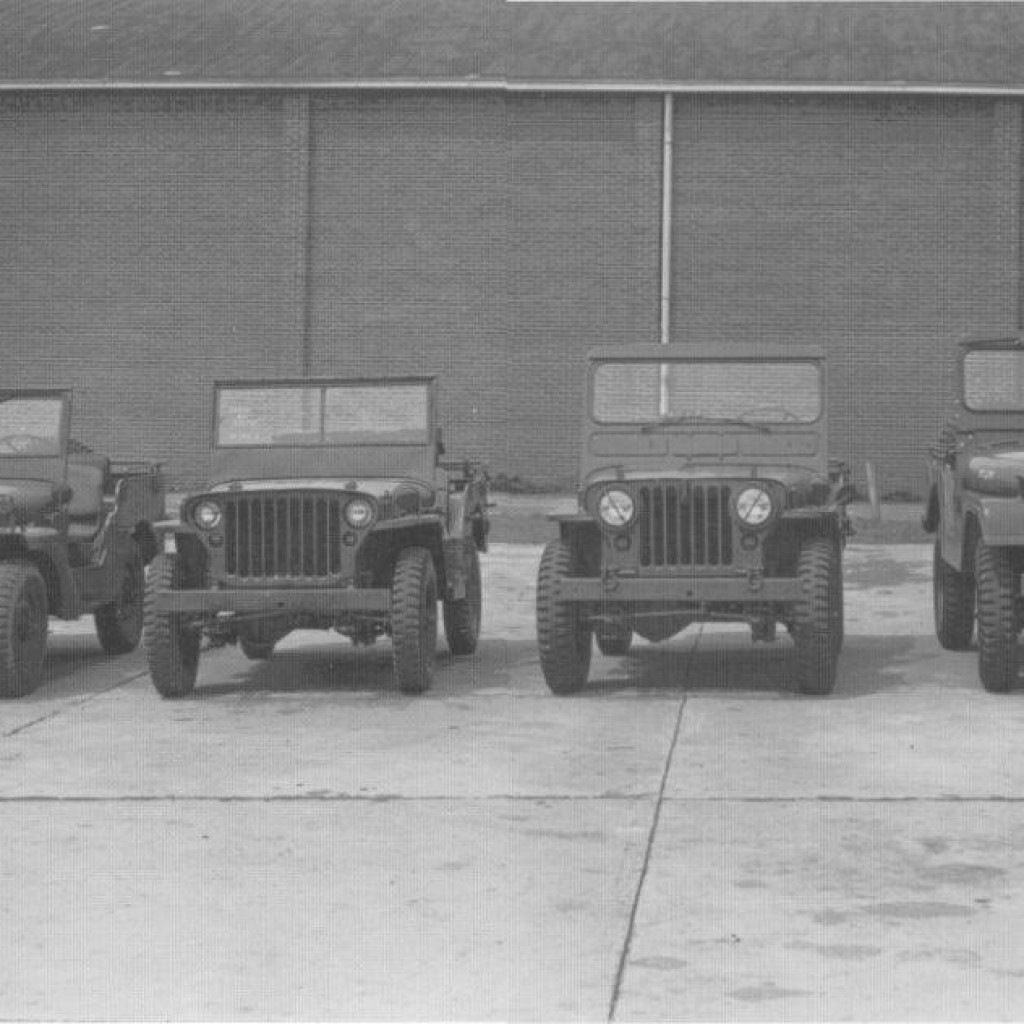 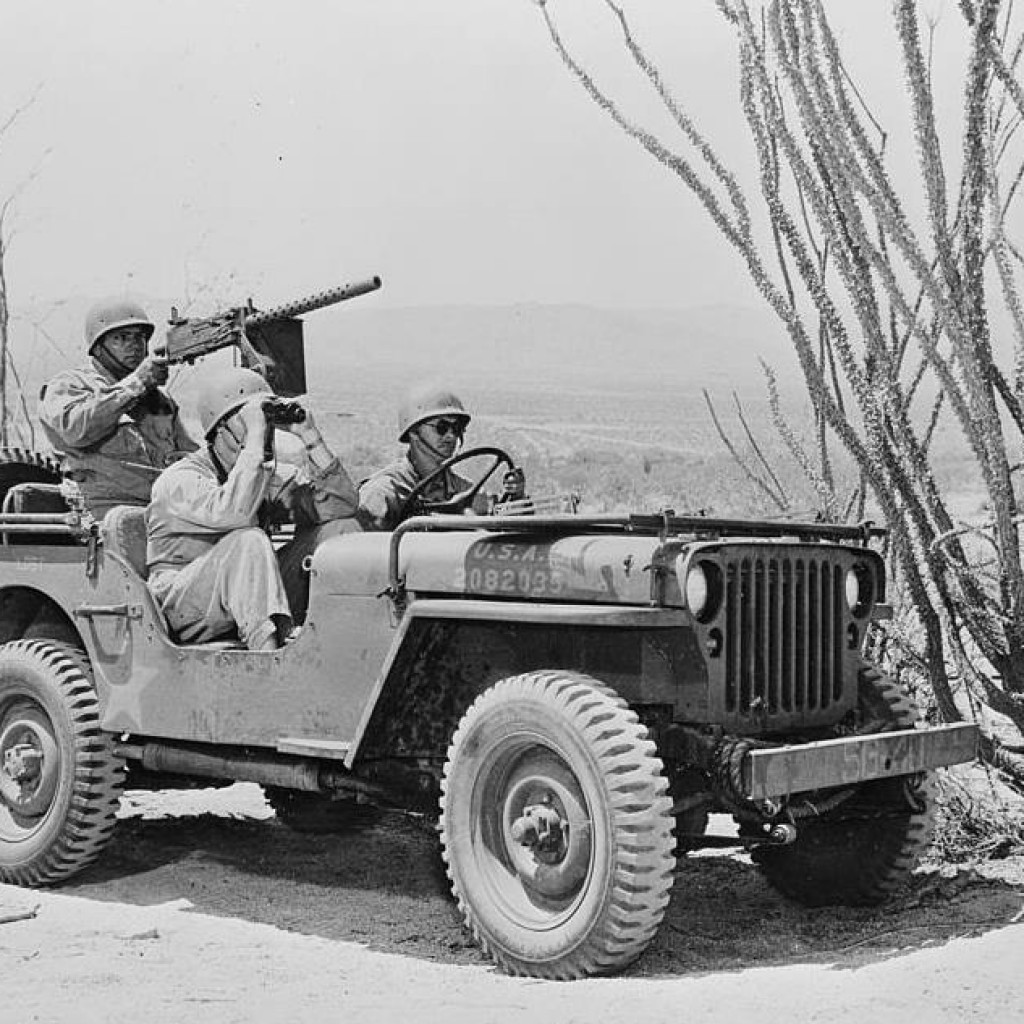 The unsung hero in the “jeep” story is definitely the four-wheel-drive transfer case Model 18 produced by Spicer Manufacturing.  This was a linchpin of the military jeeps and for decades of civilian jeeps thereafter.  In 1946, Spicer changed its corporate name to Dana Corporation.

The Ford Pilot Model GP-No. 1 “Pygmy” was sold at auction by The Henry Ford Museum in 1982.  At the time they might not have known it was the oldest surviving “jeep.”  Today, the Henry Ford Museum displays a 1943 Willys-Overland Model MB and GP-No. 1 is on display at the U.S. Veterans Memorial Museum in Huntsville, Ala. – thankfully in good hands. 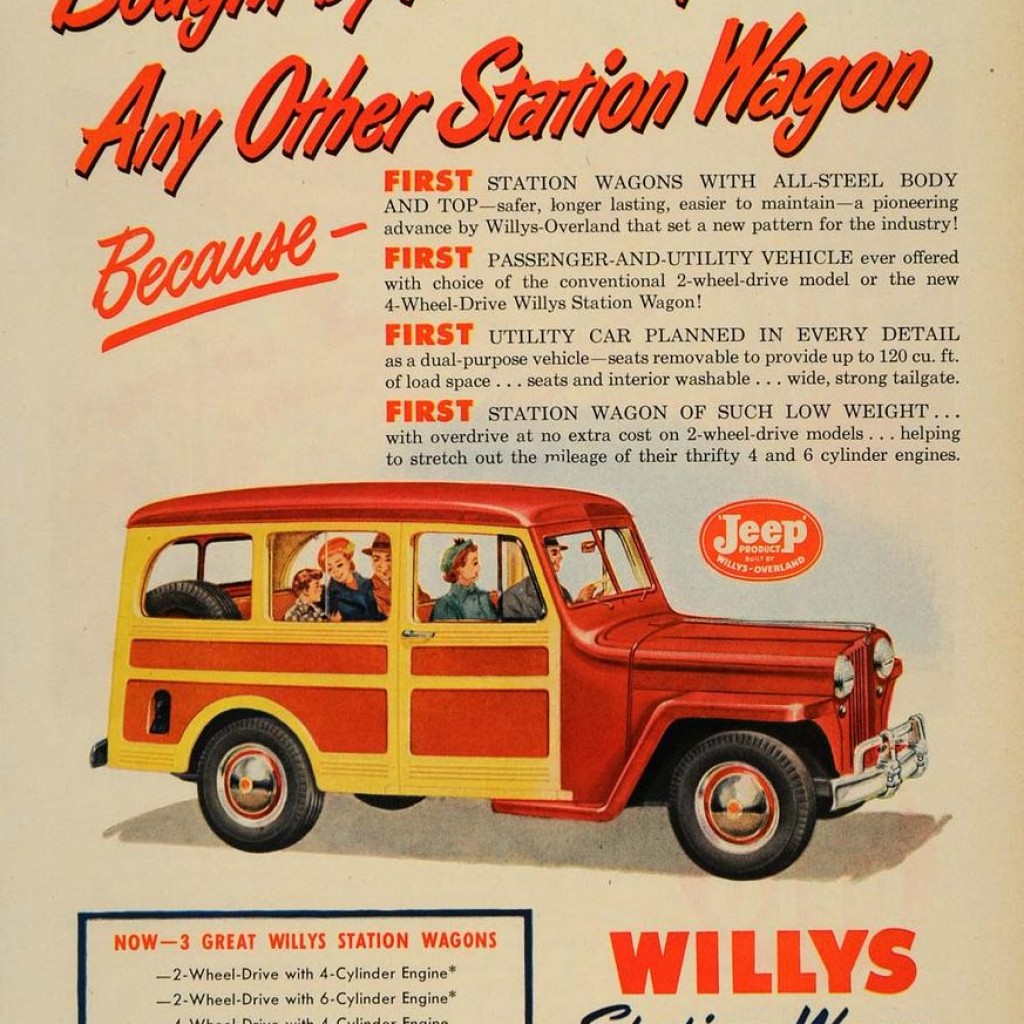 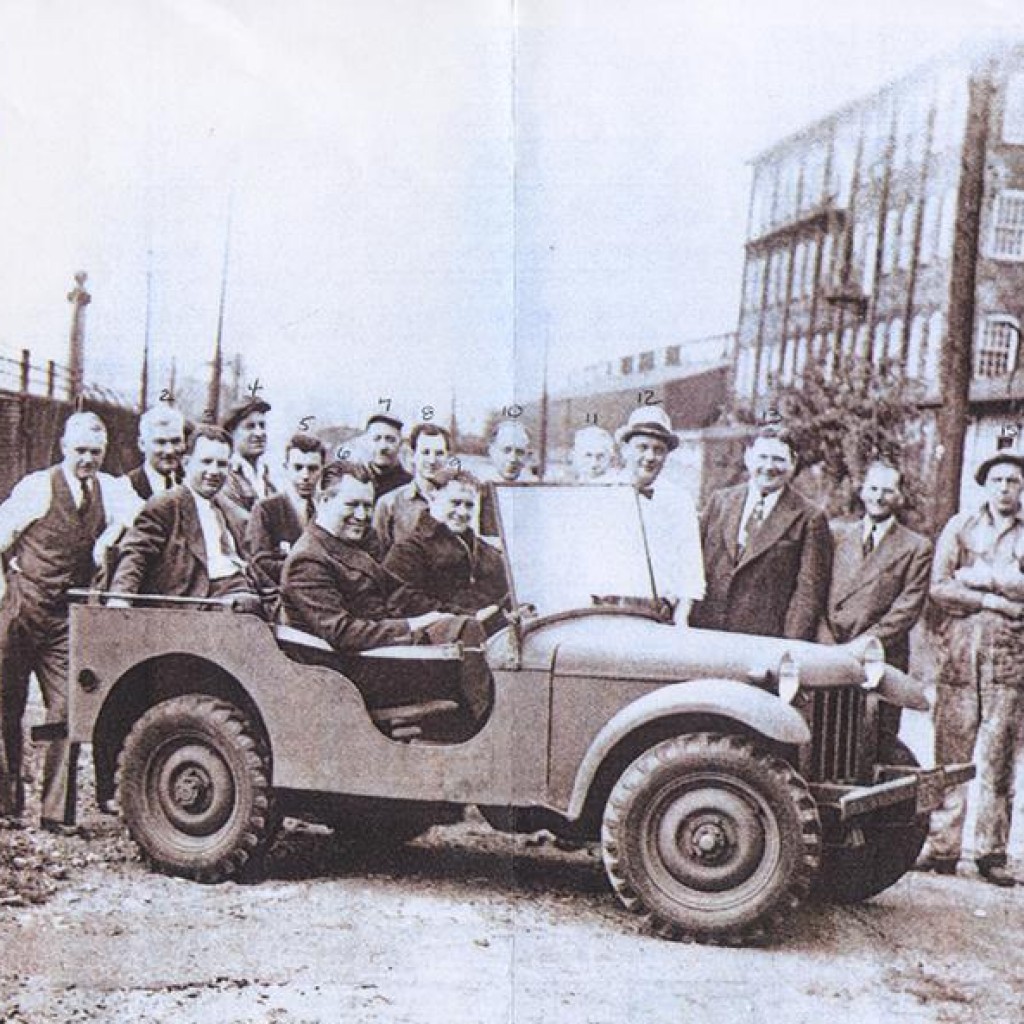 On Dec. 7, 2015 Historic Vehicle Association the 1940 Ford Pilot Model GP-No. 1 “Pygmy” as the eighth vehicle to be recorded under the Secretary of the Interior’s Standards for Heritage Documentation. The documentation will be part of the HVA’s National Historic Vehicle Register and the Historic American Engineering Record that is permanently archived in the Library of Congress. 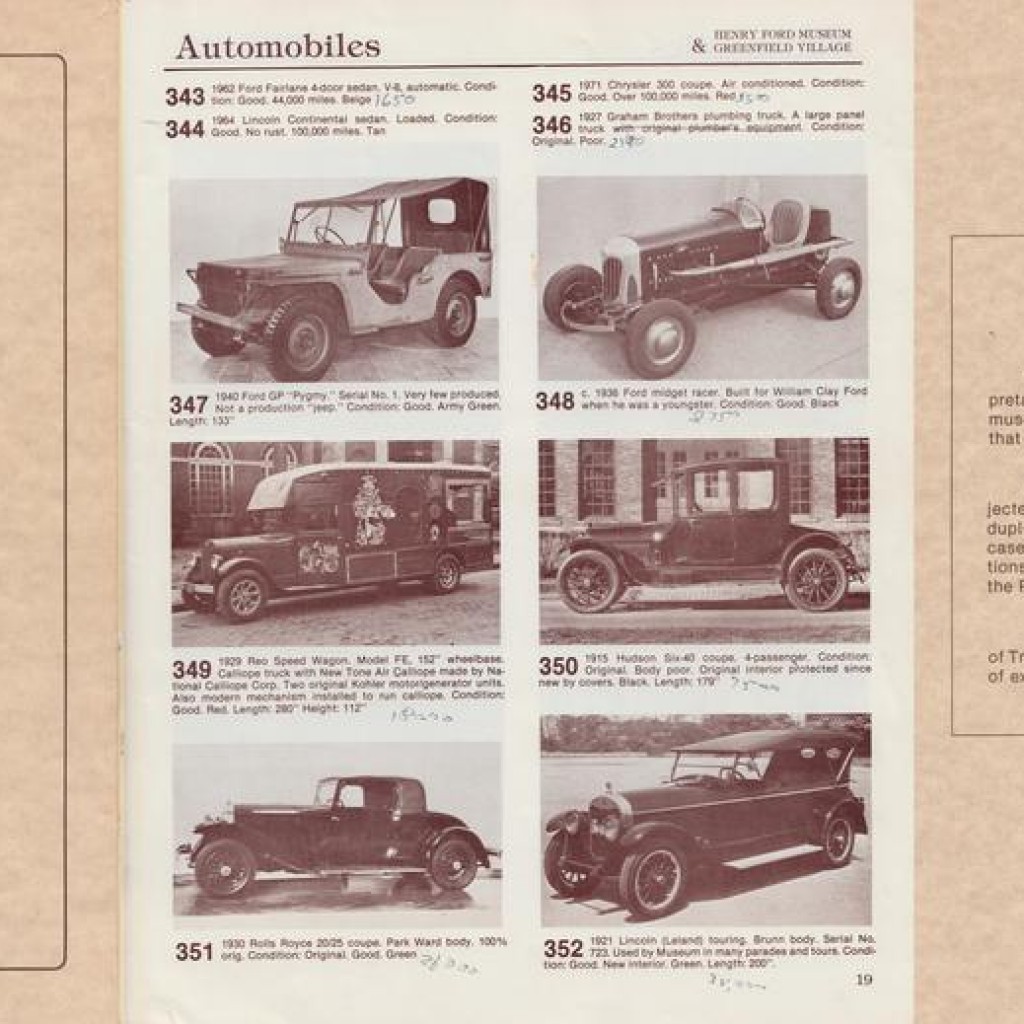 The documentation is part of an ongoing collaboration between the Historic Vehicle Association and the U.S. Dept. of the Interior, Heritage Documentation Programs to document historically significant automobiles, trucks and motorcycles.  Principle funding and support for the documentation of the 1940 Ford Pilot Model GP-No. 1 Pygmy was provided by Shell Lubricants and Hagerty and FARO Technologies, Inc. The 1940 Ford Pilot Model GP-No. 1 Pygmy owned by the U.S. Veterans Memorial Museum in Huntsville, Ala. where it is on permanent display. 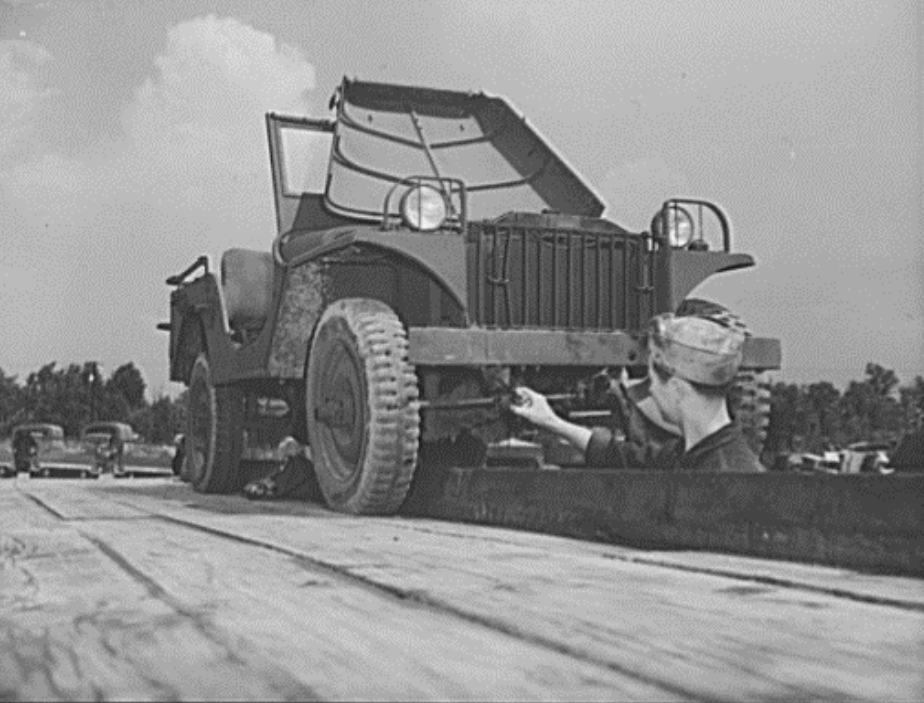