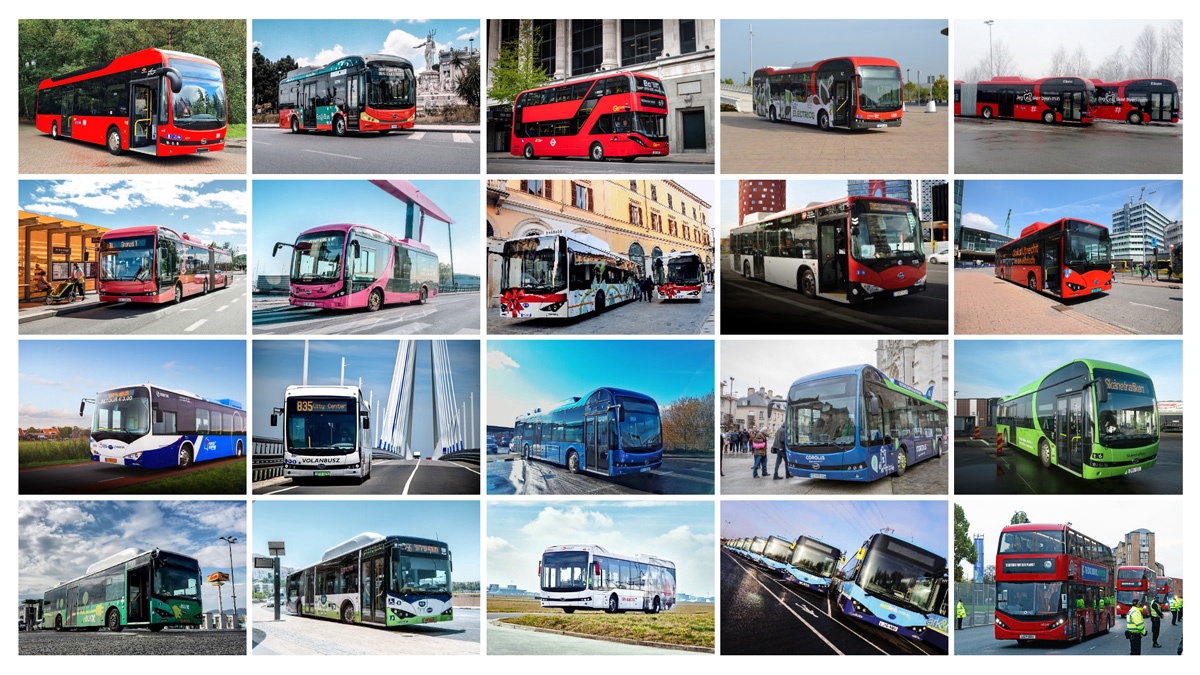 The company is celebrating a decade since it accomplished a ‘world-first’ when it’s pure-electric bus fleet first entered commercial operation as part of its vision for electrification to ease environmental pollution.

Through pioneering innovation in battery technology, BYD has gone on to innovate the industry on a global scale in the 10 years that have since passed, and continues to validate its position as one of the world’s leading electric bus manufacturers.

Fast-forward to January 2022, BYD’s established track record has led to the delivery of over 70,000 zero-emission pure-electric buses to customers worldwide, including many leading international public transport operators and authorities.

In Europe alone, BYD has delivered over 1800 electric buses, operating in over 100 major European cities across 20 countries, proving their practicality in all extremes of climatic conditions.

Collectively, they have driven over 140 million kilometres, the equivalent to a reduction of 150,000 tonnes of CO2 emissions. Globally, BYD’s eBuses have covered 5.5 billion electric kilometres, reducing CO2 emissions by 3.8 million tonnes.

BYD is firmly committed to its European and International ‘bus electrification’ strategies and localised operations, prioritising the value of collaborations with partners and suppliers around the world.

BYD has experienced a presence in Europe for over a decade, initially making an impression as the first and only company to exhibit an electric bus at BusWorld in 2011.

This marked the start of many successful working relationships with customers and supply partners, which have been instrumental to BYD becoming a leading supplier of eBuses in Europe.

Ongoing investment and expansion continue at BYD’s eBus factory in Hungary supporting its principle of ‘Made in Europe for Europe’.

This expansion increases production capacity, with the annual output of a single shift rising to 400 electric buses to meet the ever-growing demand for BYD eBuses in Europe.

The factory in Hungary facilitates the production of BYD’s complete eBus range, from the 8.7m midi bus to the 18m articulated model.

It is from this facility where BYD also manufactures the chassis for single and double-decker eBuses destined for the UK market, with the capability of producing 300 units in a single shift.

The electric journey continues to evolve for BYD and extends beyond its eBus operations. BYD is the world’s leading new energy vehicle (NEV) manufacturer, with electric trucks, vans and cars also forming part of its product portfolio, deploying over 600,000 NEVs in 2021 alone.