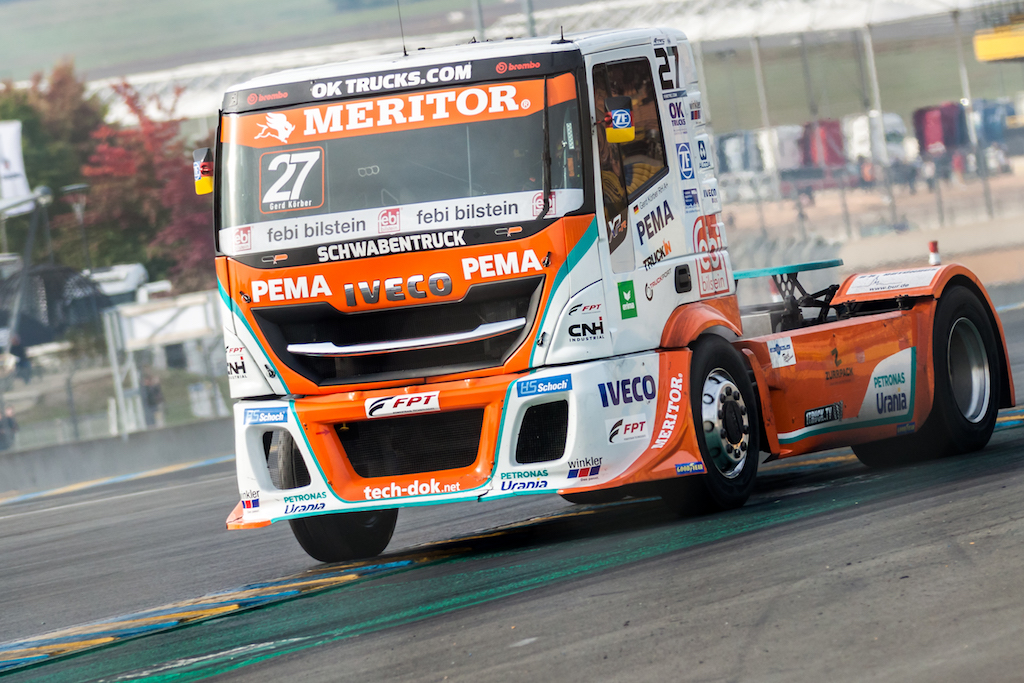 After last’s year second position in the final FIA European Truck Racing Championship 2017 standings, the Bullen of IVECO Magirus are ready to compete in the 2018 edition of the championship: the first round is set to take place in Italy at the Misano World Circuit Marco Simoncelli, on Saturday 26th and Sunday 27thMay.

IVECO will be taking part again in the FIA European Truck Racing Championship 2018 as technical sponsor of the Bullen of IVECO Magirus, the partnership between the Hahn Racing and Schwabentruck Teams. The latter has represented the brand for the past nine years, while Team Hahn – the 2016 champion – will compete on board a Stralis race truck for the second year running.

The brand is supporting the Team with the Stralis 440 E 56 XP-R 5.3-tonne race truck powered by an IVECO Cursor 13 engine that delivers an impressive 1180 hp and more than 5000Nm torque. These vehicles are specifically designed and equipped to reach 160 km/h, the maximum speed allowed by sporting regulations and are the result of extensive upgrades carried out by the teams during the winter months. This year, the Team’s sponsors include Italian loader crane manufacturer Fassi Gru, the market leader among Italian producers, which exports, distributes and supports its wide range of cranes across the world.

Thirty-year-old German driver Steffi Halm will make her debut on the IVECO Truck #44 as new team leader of the Schwabentruck team. The only woman competing in the Championship, she has already achieved several victories behind the wheel of a truck and her ambition is to succeed in dominating the championship on her Stralis. German driver Gerd Körber (#27), three times champion of the European Truck Racing Championship (1996, 2001 and 2003) will compete on his Stralis in Steffi’s team.
Team Hahn will be represented by Jochen Hahn (#2), who conquered the second place on the podium in the 2017 edition – his first placement on an IVECO Stralis truck.

Pierre Lahutte, IVECO Brand President, commented: “We are excited with the new season that is opening in Misano. It’s an opportunity to entertain our customers, drivers and fans. We are back in the competition this year with Gerd and Jochen, both of whom hold European Championship titles, but the real news is Steffi Halm behind the wheel of IVECO Truck number 44. At a time when drivers and mechanics are scarce, Steffi is an encouragement for women to come and work in our industry. We know we have a very competitive and reliable truck, and our dream is to see Steffi be the first woman to conquer the European championship: welcome and best wishes of success, Steffi!”

IVECO will take to the track on each of the eight championship circuits, and reinforce the brand’s presence in the paddocks with vehicle displays, fan shops and hospitality facilities. The brand will keep its fans up to date throughout the championship with news reports and photos from the European circuits.