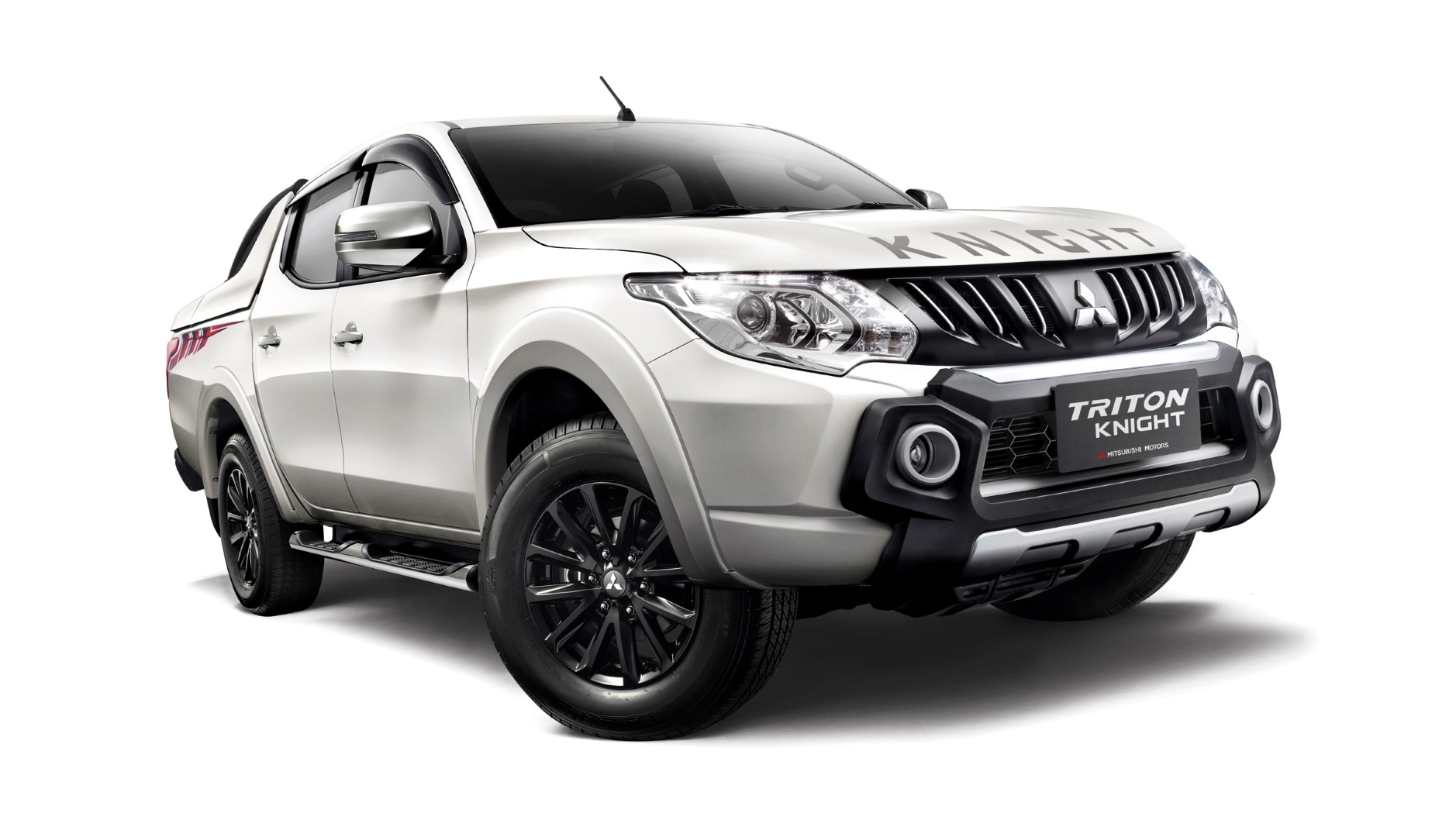 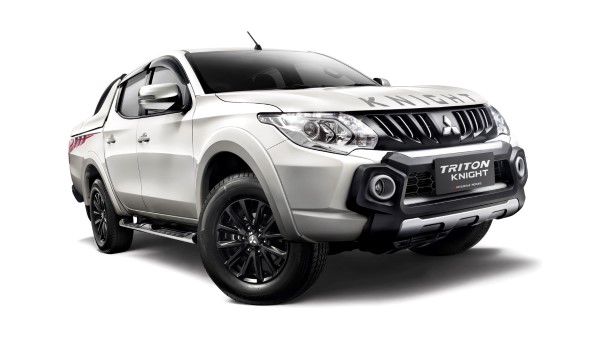 Mitsubishi Motors Malaysia (MMM), the official distributor of Mitsubishi vehicles in Malaysia, made a bold statement today with the introduction of the Triton Knight.

Limited to 120 units, the Triton Knight is based on the Triton VGT Adventure variant and is created in Pearl White with accessories to match its fierce yet noble presence.

The aesthetic of the Triton Knight is accentuated by 17 inch matte black alloy rims and matte black grille for an even more aggressive stance. This tougher outlook is complimented by sports bar with sports lid and matte black rear bumper highlighting the rugged profile.

Moving into the cabin, the makeover is even more special with exclusive Knight embroidery leather seats. 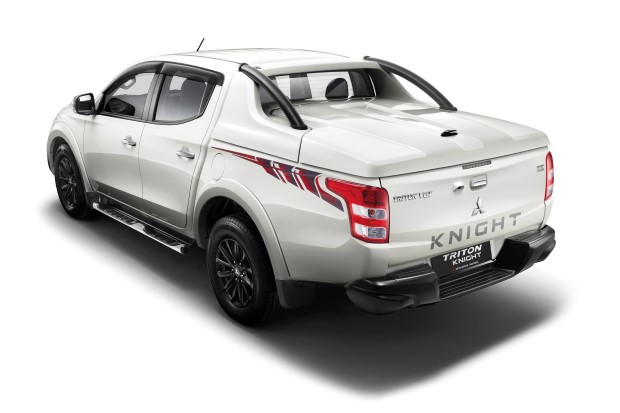 In addition, the Triton Knight comes with a proven 2.5-litre 4-cylinder engine with an intercooled Variable Geometry Turbo (VGT) which offers High Performance with High Fuel Economy. This technologically-advanced Double Overhead Cam (DOHC) 16-valve turbodiesel engine with a common-rail system now produces 178 PS of power at 4,000 rpm and 400 Nm of torque at 2,000 rpm to give the Triton even stronger performance in any conditions. The Triton Knight comes with a turning radius of 5.9 metres.

An efficient 5-speed automatic transmission with Sport mode is available, coupled to Mitsubishi’s Easy Select 4WD system which distributes power to the front and rear axles. The Easy Select 4WD system has been continuously improved over two decades and is a robust drivetrain able to handle high torque levels.

Like other Mitsubishi models, High Safety performance is a top priority. The all-new Triton has Mitsubishi’s RISE (Reinforced Impact Safety Evolution) body construction which uses high tensile steel that effectively absorbs and disperses crash energy from all directions while also significantly reducing overall weight. Impact bars has been added within the side doors for additional protection against side collisions.

The Triton Knight is also equipped with top safety features including Anti-lock braking (ABS) with Electronic Brake-force Distribution (EBD). EBD reduces the possibility of skidding when the rear end is light and the wheels may lock up on slippery conditions while braking. Other safety features that are standard across the range include dual SRS airbags, a collapsible steering column and anti-intrusion brake pedal, which is made to fold away during an accident.

Imported as a Completely Built-Up (CBU) vehicle from Mitsubishi Motors’ global production hub in Thailand, the all-new Triton is also available in five other variants for the Malaysian market. The following prices (without insurance, GST inclusive for private registration) are quoted for the all-new Triton in Peninsular Malaysia: