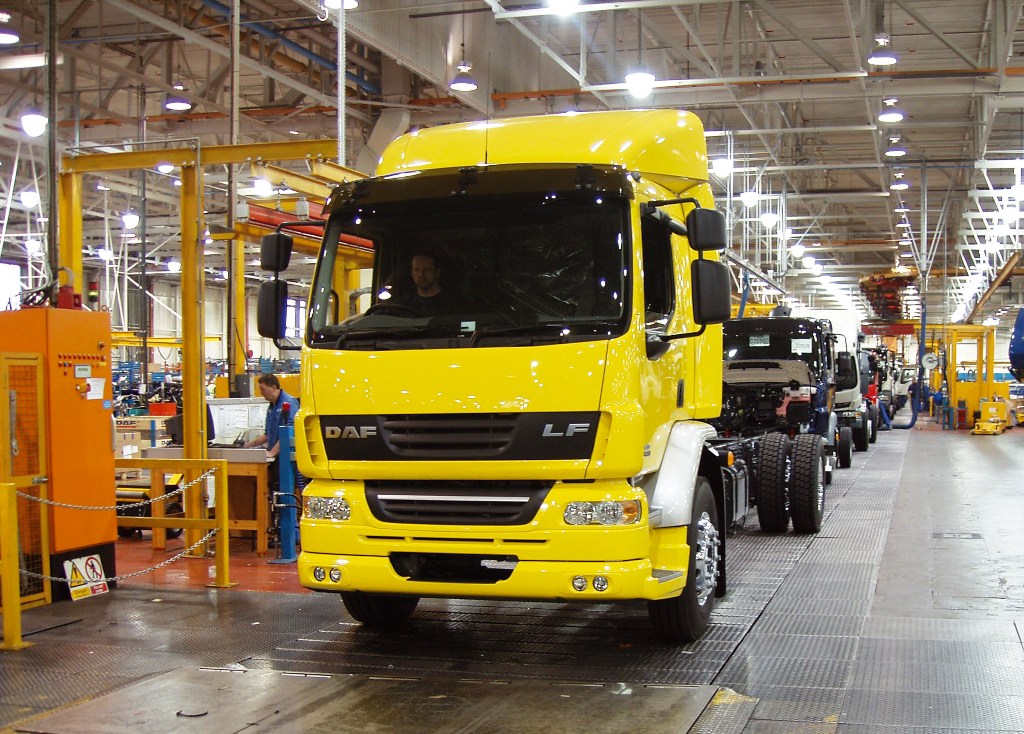 Leyland Trucks has produced the 125,000th LF at its factory in Leyland, Lancashire. The vehicle was handed over by Ron Augustyn, Leyland Trucks MD, and Ray Ashworth, managing director of DAF Trucks Ltd, to David Brown, fleet asset manager and Iain Carr, operations manager of Calor Gas at a ceremony held on July 1.

DAF said the production milestone adds to a “legendary” heritage of truck production in Leyland dating back to 1896. Today, the Leyland Trucks factory covers 60,000 m, employs over 750 people and includes a 16,720 m, 24/7 PACCAR Parts distribution centre with 65,000 parts, processing around 5000 orders a day.

The 7.5-18 tonne LF has been produced by Leyland Trucks since 2001 for the UK market, and exports 40 per cent of production to Europe – as well as supplying countries further afield, from Israel to Malaysia, and from Australia to South America. DAF said that as a result of the success and efficiency of the Leyland assembly plant, it has been used as a model for the new PACCAR factory in Ponta Grossa in Brazil, which opened in October 2013.